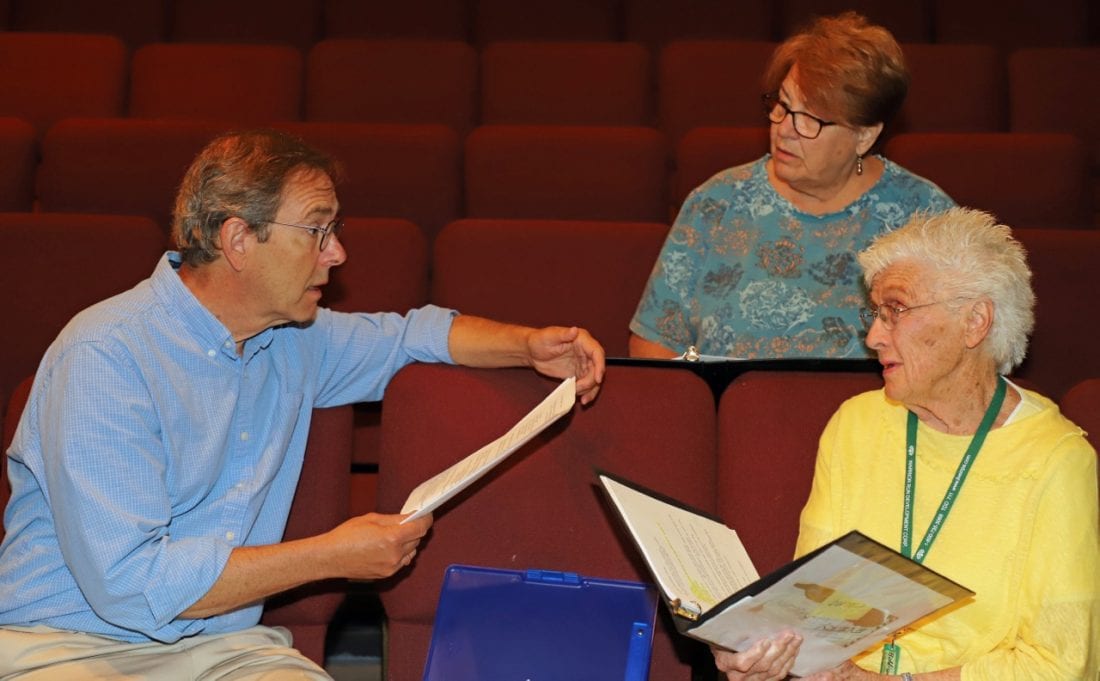 WELLSBORO — Thomas Putnam, Hamilton-Gibson’s long-time producing artistic director, is putting on another “hat” — that of actor.

“Every Brilliant Thing” is a one-person show, and Putnam is that person!

Putnam states that he is drawn to plays that “you can read and dig into and explore and examine and argue with and soak in.”

The playwrights have made the youngster (only referred to as “The Narrator”) gender neutral.

Having seen Richie Cannaday portray the youngster for Bloomsburg Theatre Ensemble, and Shannon Agnew perform the role recently at Millbrook Playhouse, I can confirm that the youngster who scribbles a list of things that make life worth living can be a boy or a girl.

The list is given to his deeply depressed mother, who is hospitalized following a suicide attempt.

As the youngster grows into adulthood, attends college, and marries, the list of “Every Brilliant Thing” continues to grow, eventually almost reaching a million.

Putnam describes the play as, “Definitely moving and tender, but it is delightfully fun and playful, due in part to the structure of the production in which at times improvisation occurs and audience members are asked to be a part of the story.”

“Every Brilliant Thing” is unconventional theatre fare, in that it is both a solo show and an interactive offering.

H-G’s Artistic Director notes that “there is no pressure to participate.”

“The play is written in such a way that it is a safe place to be, and everyone can relax as they explore what could be a difficult topic,” said Putnam.

Some of things listed are serious in tone, while others are just plain silly. Topping the youngster’s list as No. 1 is “Ice Cream!”

Putnam also confirmed that Hamilton-Gibson will have talkbacks following each performance “wherein audience members can stay and discuss what they just have experienced.”