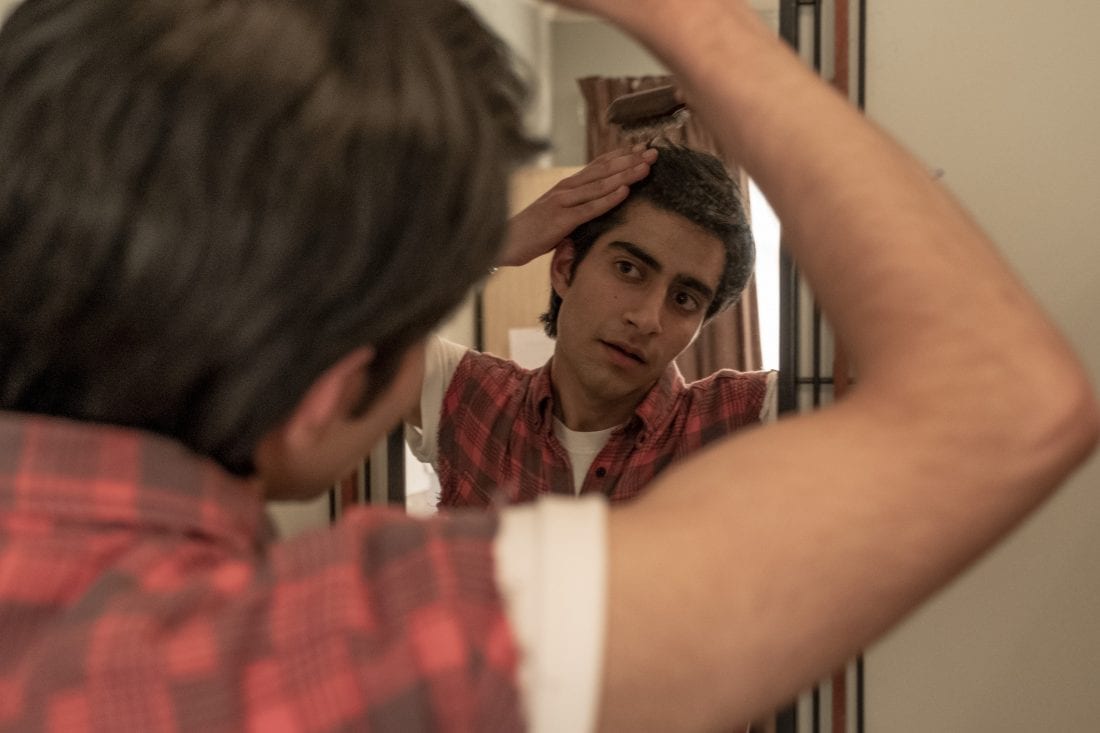 At first, “Blinded by the Light” seems like another film about classic rock — a la “Bohemian Rhapsody,” “Rocketman” and “Yesterday”; but here, it’s not so much that “Blinded” pays tribute to Bruce Springsteen as it is that this movie and the Boss’s music both address the same issues: family, hard work, young love and dreams that will not die.

Set in Britain in 1987, the film concerns a struggling Pakistani teen who suddenly finds an identity when he falls in love with Springsteen. And while the first half of this funny, tuneful, inspiring new film soars atop Bruce’s galvanizing work, the second takes an equally potent look at the struggle to pursue your own goals while trying not to dishonor past and parents.

It’s based on the true story of Javed Khan and his immigrant family; struggling to make ends meet, the lad’s parents have no interest in a son who wants to study English, write poems, take an unpaid internship — or obsess over an American musician whom the father keeps comically assuming is Jewish.

The film is occasionally too sentimental — but let’s face it, so is Bruce’s music; and that’s one reason he connected so firmly with his fans. “Blinded,” you see, fully understands how this “hardest-working man in rock ‘n’ roll” became the voice for a generation who wouldn’t give up on their broken dreams — whose lives were a litany of loss and hope — and who found in his earthy poetry so much of what they felt and sought.

As Javed succeeds in spite of opposition — and as he falls in love with a politically militant fellow student — we are caught up irresistibly in his quest to escape his father’s demands. Yet the movie never demonizes Javed’s family; we sympathize with their hopes and dreams as well. Indeed, for all the its fine performances in various roles — Javed, his teacher, his girlfriend, his pal Matt, Matt’s uber-cool father — “Blinded’s” finest work comes from Kulvinder Ghir and Meera Ganatra as the Pakistani parents. Ganatra brought tears to my eyes as the firm but quiet matriarch who, despite her husband’s cultural headship, manages to push and pull her family through its toughest times; she is amazing.

Also amazing is the way this film, though set in the eighties, addresses such timely topics as racism, bullying, immigration, joblessness and culture clash.

And Springsteen fans will love the movie’s affirmation that the Boss has stood the test of time so much better than the shiny pop acts that were supposedly eclipsing him in the late 1980s. I doubt anyone will soon make a movie inspired by the Human League, a-ha or Debbie Gibson.

At least I hope not.