LaBeouf films to hold you over until ‘The Peanut Butter Falcon’ 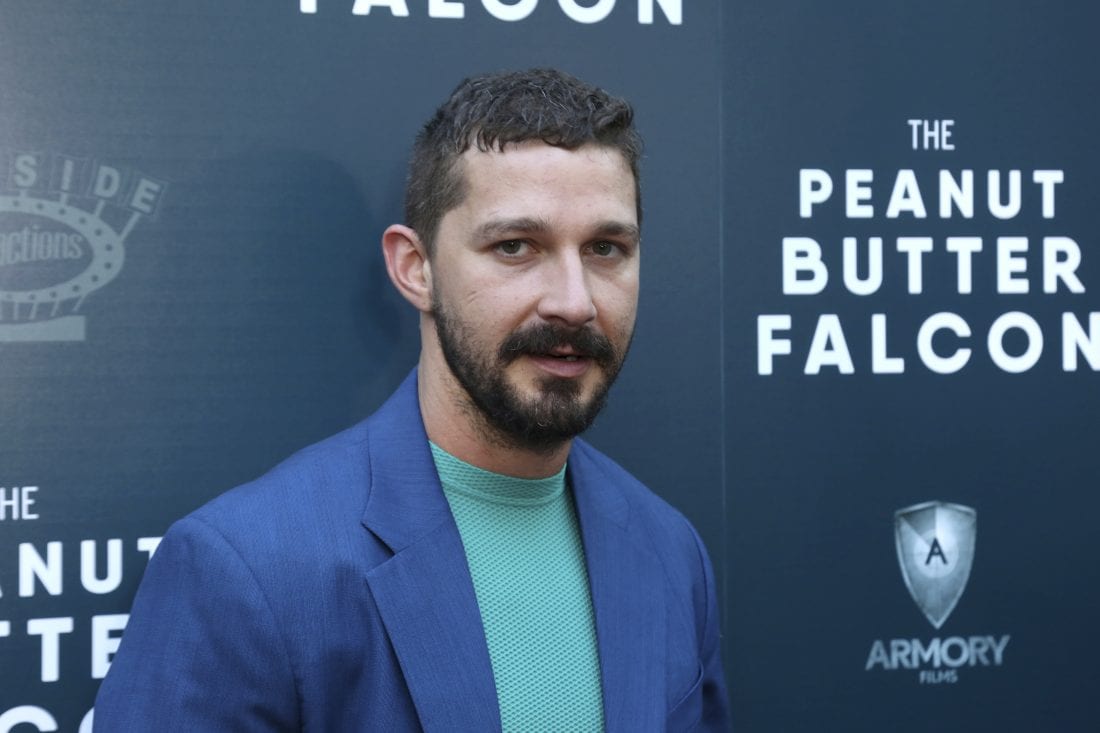 Shia LaBeouf attends the LA Special Screening of "The Peanut Butter Falcon" at The ArcLight Hollywood on Thursday, Aug. 1, 2019, in Los Angeles. (Photo by Willy Sanjuan/Invision/AP)

It’s the feel-good tale of a boy with Down syndrome who convinces a 30-something free-wheeler (Shia LaBeouf) to take him to a distant training school so the boy can fulfill his dreams of becoming a professional wrestler.

If that sounds preposterous, just cue up the irresistible trailer; this Aug. 9 release is my own most-anticipated 2019 movie — but it won’t go into wider distribution till 8/23.

So while we’re waiting, here are a few interesting LaBeouf films to tide us over:

A good-not-great film from director David Ayer ( “Suicide Squad,” “End of Watch”), this World War II thriller stars LaBeouf, Brad Pitt, Michael Pena, Jon Bernthal and Logan Lerman as the crew of the titular Sherman tank. The film is way too violent, and its shoot-em-up climax, with a bunch of Nazis machine-gunning the tank, is ridiculous. But Pitt is terrific; and LaBeouf, after some public antics that tarnished his reputation, received wide praise for his fine work; among other things, LaBeouf later claimed that his character’s commitment to Christianity had a major influence on his own post-antics personal life.

Since golf is hardly the world’s most cinematic sport, Paxton fiddles with camera placement to liven up the visuals (in one close-up, an apparently imperiled ladybug has landed on a ball and is about to get clobbered). Supporting cast includes Stephen Dillane — and Josh Flitter as Ouimet’s uproarious 10-year-old caddy (yes, this really happened).

LaBeouf’s role is small in “Bobby,” an ensemble piece about events swirling around the 1968 assassination of Robert F. Kennedy in Los Angeles. But this largely unknown film boasts a jaw-dropping cast, some of whom — Demi Moore, Sharon Stone — turned in their best performances to date. Other featured actors include Anthony Hopkins, Lindsay Lohan, Elijah Wood, Laurence Fishburne, William H. Macy, Heather Graham, Ashton Kutcher, Christian Slater, Nick Cannon, Emilio Estevez, Helen Hunt, Martin Sheen and Harry Belafonte. “Bobby” also conveys a potent sense of its time period, and of the devastating loss felt by so many when Bobby was killed.

In this semi-reboot of Alfred Hitchcock’s 1954 masterpiece “Rear Window,” LaBeouf plays a troubled youth who, despite being confined to his property with an ankle monitor, comes to suspect that his neighbor is a cold-blooded psychopathic killer.

But this ain’t your grandma’s “Rear Window.”

A commercial and financial success, “Disturbia” is smart and scary, though it kinda flies off the rails near the end; and the veteran character actor David Morse has a grand time chewing scenery as the creepy neighbor.

Undoubtedly LaBeouf’s finest film, and one of my all-time favorites. It’s based on Louis Sachar’s jigsaw-puzzle of a novel, in which four or five plotlines all come together for an astoundingly satisfying conclusion. LaBeouf plays palindromic protagonist Stanley Yelnats, who finds a surprising destiny when he’s sent to juvenile detention at desolate Camp Green Lake (where, among other things, there is no lake).

Sigourney Weaver, Jon Voight and Tim Blake Nelson play the trio of sadistic dolts who run the place. Stanley, meanwhile, hooks up with a bunch of likable fellow-juvies, including the enigmatic Zero, who suddenly flees into the surrounding desert — with Stanley in pursuit. Cast includes Dule Hill, Patricia Arquette, Eartha Kitt and Henry Winkler.

I skipped two LaBeouf films on which I disagree with most viewers: the smash hit “Transformers,” which I hated, and the widely reviled fourth Indiana Jones movie, which I found decent. LaBeouf also recently scripted “Honey Boy,” based on his own life as a child actor. He co-stars, with Lucas Hedges and — in the lead — Noah Jupe (“Wonder,” “A Quiet Place”); due Nov. 8.