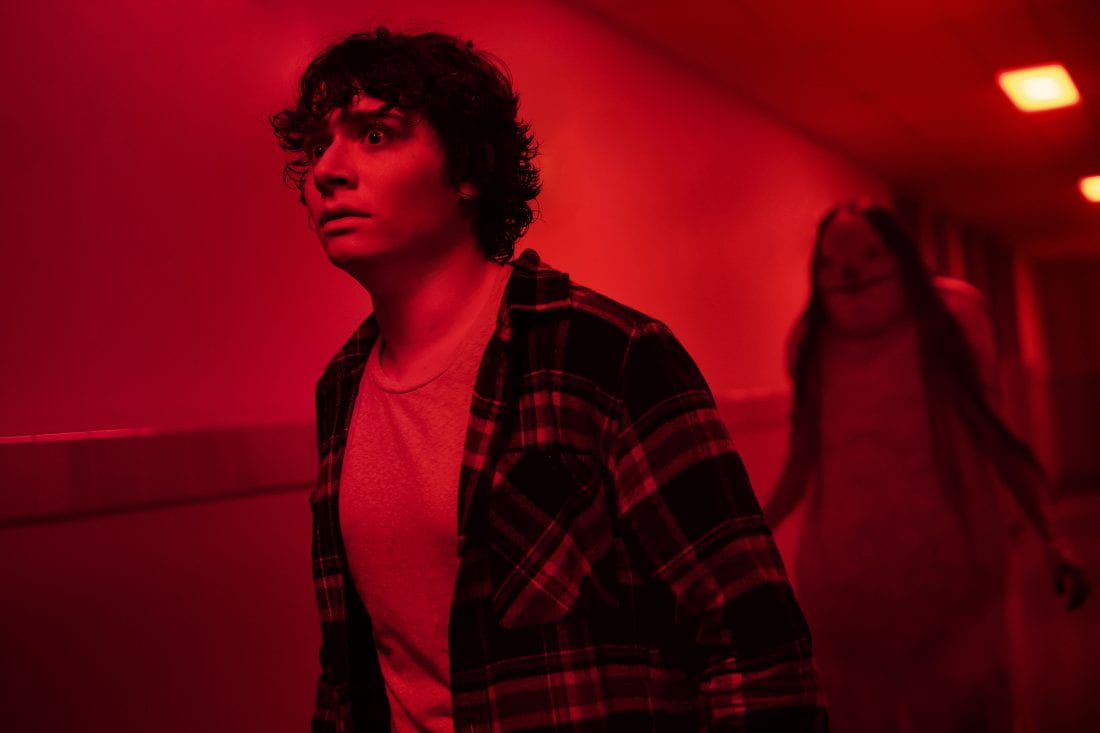 Alvin Schwartz’s chilling short stories that have haunted pre-teens for the last three decades comes to life in “Scary Stories to Tell in the Dark.” Faithfully upholding the source material in both tone and frights, this film is one story worth seeing.

In 1968, on Halloween night, a group of teenagers stumble upon the house of the deceased Sarah Bellow, a woman who has been convicted of several murders. In doing so, they find a book with several stories detailing the fate of missing people. Suddenly, new stories begin to be written about the group; it is up to them to stop the stories from becoming real.

It is impressive the amount of detail the filmmakers took from an anthology book and crafted it into a more-than-competent movie. This is especially evident in the appearance of the monsters; the creepy illustrations done by Stephen Gammel in the original novel look stunningly the same. Thanks to a well-balanced mix of practical effects and visual effects, it can even be quite freaky at times. Additional credit is due to the directing effort of Andre Ovredal (“The Autopsy of Jane Doe”), who has proven once again he is a great tension builder — one scene in a corn field is very white-knuckling.

There is still a sense of tameness, as the film’s whole feel is reminiscent of the “Goosebumps” book series. The PG-13 status prohibits the film from showcasing almost any gore, which often is a big part of the fright factor; don’t be fooled, that doesn’t limit the film in any way. Some moments were still adequately gross that could cause some heads to turn from the screen.

Unlike the books, however, there is not a competent number of pages to draw a real connection with the characters. Each of the teens are likeable — due to decent performances by the actors -, making them borderline enough to care for. On the other hand, there wasn’t a whole lot of backstory to flesh them out. I must add that the film did show effort to string together the political climate of the time to a character, but it didn’t stick. So, when the monsters came, it honestly could have gone either way. I wouldn’t have been all too sad.

While it doesn’t tread any new ground, “Scary Stories to Tell in the Dark” still delivers a fun spooky, time for both, younger and older audiences. It may seem a bit more child-like, but don’t let your guard down. Fans of the iconic book will be more than pleased with the nostalgic scares and “scary stories.”