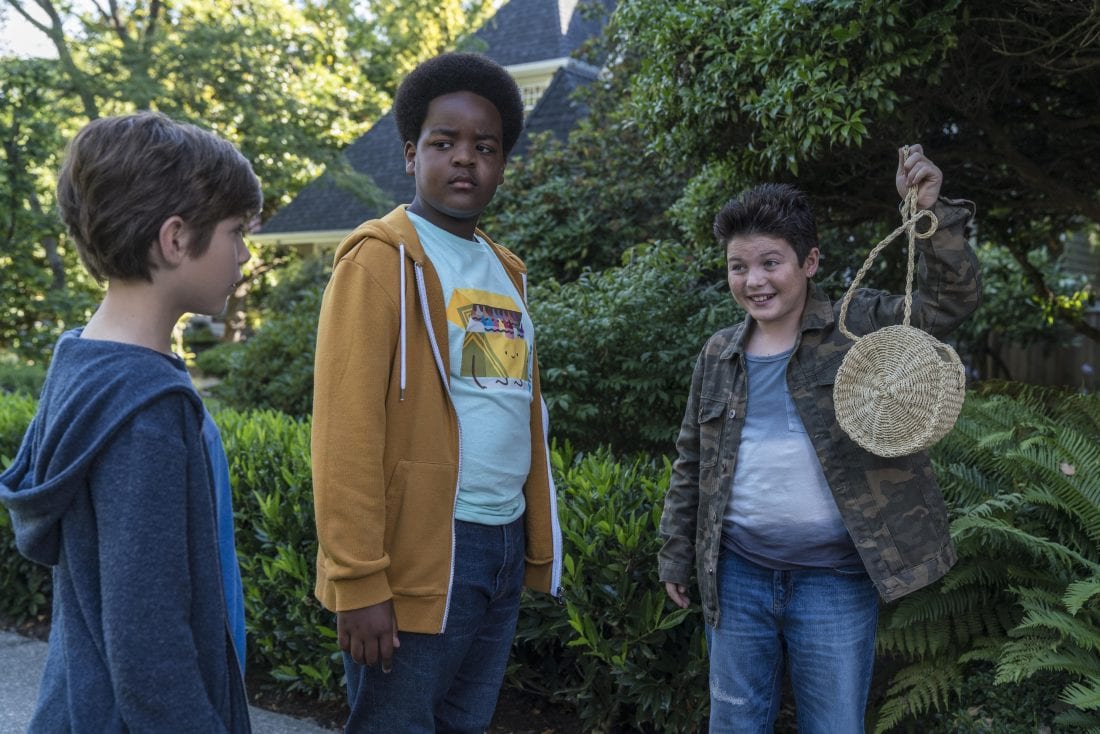 This image released by Universal Pictures shows Jacob Tremblay, from left, as Max, Keith L. Williams as Lucas and Brady Noon as Thor in the film, "Good Boys," written by Lee Eisenberg and Gene Stupnitsky and directed by Stupnitsky. (Ed Araquel/Universal Pictures via AP)

“Superbad,” arguably one of the best comedies of the 21st century, left a lasting impact on recent generations. It left such an impact that it is now being retold and rebranded with sixth graders instead of seniors. “Good Boys” is a silly film — both in intention and not — that struggles to deliver more laughs than entertainment value.

Marking their entrance into sixth grade, a trio of friends strive to increase their popularity by attending a cool kid kissing-party. When they accidentally obtain their teenager neighbor’s drugs, their normal day of school turns into a wild adventure.

It is like someone tried to put a kid filter on “Superbad” but didn’t rework the story enough to make it its own, self-sustaining film. Characters, motivations, and theme all were too similar to call it original in the slightest. Furthermore, the ending is almost an exact rip-off, the real cherry on top.

Coming in at a shy 92 minutes seems like an easy watch. Unfortunately for this film, the pacing crawled. The lackluster script with sporadic moments, lacked a sense of unity. Instead of a cohesive story, it feels like the audience is just watching kids doing random tasks; it was like levels to a game. After a short while, it became too redundant to ignore. A lack of direction from the newcomer writer/director, Stupnisky, shows. As a whole, the film was unpolished.

There is some redemption to be found thanks to the unrelenting jokes. These kids may look innocent, but they have the mouth of a truck driver. Their vulgar language works wonders in many moments that had the whole theater laughing.

The naivety of the middle schoolers when trying to describe adult topics are the main bud of the jokes. The majority – by a smidge – of the humor succeeded while far too did not; there was some awkward cricket chirping silence. I guess it works in the end — if you throw enough crap at the wall, some is bound to stick.

Similar to a child looking up to his father, “Good Boys” tries too much to be like what has come before that it forgets to be its own. The immaturity of the boys on screen is matched in almost every facet of the film production. While it may be funny enough, “Good Boys” is not a good movie.