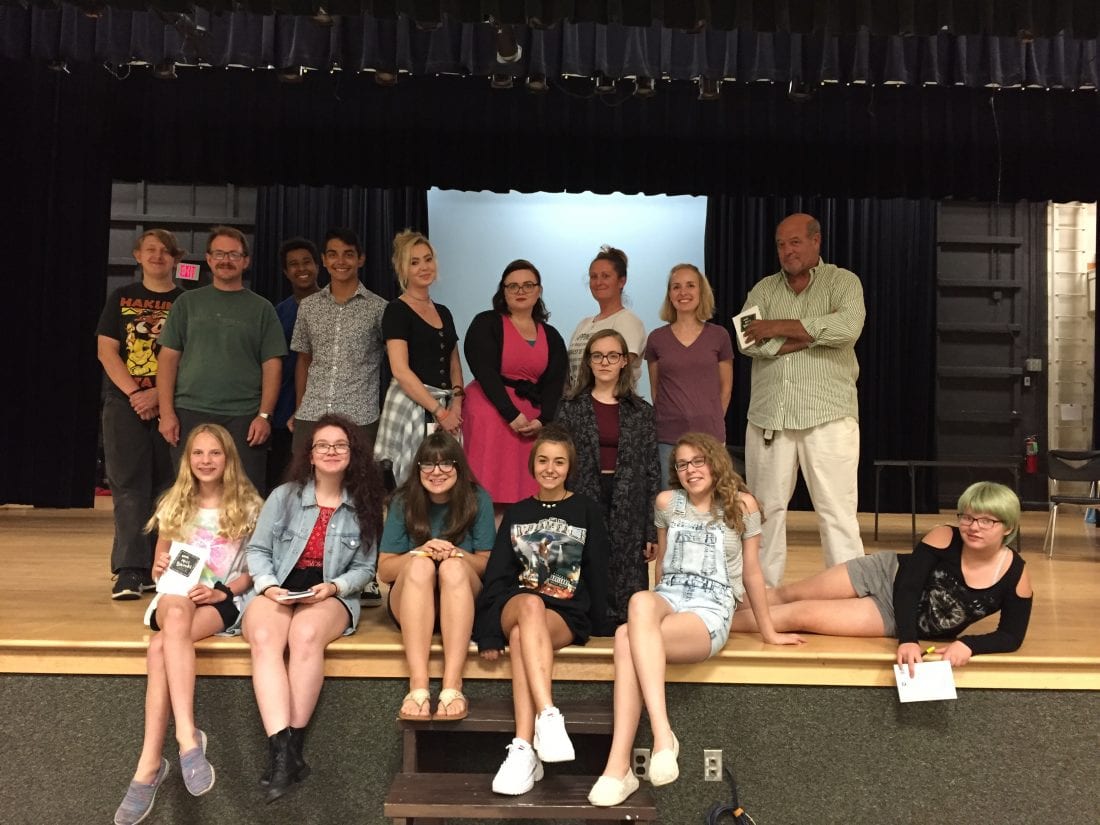 LEWISBURG — Those who fondly remember the television comedy “Our Miss Brooks” are bound to wonder how this show can effectively be adapted into a live stage show.

RiverStage Community Theater answers the question with its 2019-20 season opener “Our Miss Brooks,” with remaining 7:30 p.m. performances tomorrow and Saturday, and a 2:30 p.m. finale on Sunday, at the Geenspace Center, 815 Market Street.

Recently featured in the Community Theatre League’s “The Glitter Girls,” Maggie Able ably directs this classic comedy, based upon the popular radio and television sitcom scripts.

“Our Miss Brooks” was a “groundbreaking for showing a working woman in the 1950’s who was strong and self-sufficient, and that just adds another special element to such a light, funny show,” said Able.

The comical storyline finds “Our Miss Brooks” discussing a cruise with the athletic coach, who may be the man of her dreams. Luckily, she isn’t directing the school play, so she won’t be in an endless argument with the coach about sharing the gym.

But, lo and behold, she ends up being pressured into directing the play, which puts her in a quandary about casting. The star athlete gives up the team, expecting to be cast as the male lead. Trouble is, the diva daughter of the school board president all but demands to play the female lead. But the girl is so inept, that our favorite English teacher gives the role to another talented girl.

Heading the cast as Connie Brooks” is Ashli Starks, with Laura Hartnarft as Miss Finch, the school librarian, and Jordan Adams as the basketball coach Mr. Longacre.

The three students caught up in Connie’s casting “triangle” are played by Ramsey Uhter, Isaac Schriner and Taija Figard

Ashli Starks gives a solid portrayal as “Our Miss Brooks,” although occasionally overly “mugging it up” when frustrated or in the midst of a confrontation. For the most effective performance, Glenn Wilson’s principal is as delightfully blustery as Connie’s befuddled and bellowing principal from the radio and television series.

While some in the large cast were making their stage debut, a few girls had projection problems, with a couple of late entrances. But overall, the principal roles were well-acted, so “Our Miss Brooks” receives good marks as a community theatre production.

Some devotees of the radio and television shows may remember that Connie’s heartthrob wasn’t a basketball coach but another teacher, Mr. Boughton, and that the principal was named Mr. Conklin. But minor quibbles aside, RiverStage’s leadoff attraction gets a good report card.

One of the show’s strongest assets is its set, with the Connie Brooks’ classroom very nicely adorned with the teacher’s wooden desk, a couple of blackboards, and a bulletin board, with only the student desks a bit too modern looking.

Christopher Sergel has penned this comedy in three acts, with RiverStage providing a single intermission between Act II and Act III.

Under Maggie Able’s direction, “Our Miss Brooks” proves to be a good kickoff attraction to RiverStage’s 2019-20 season.