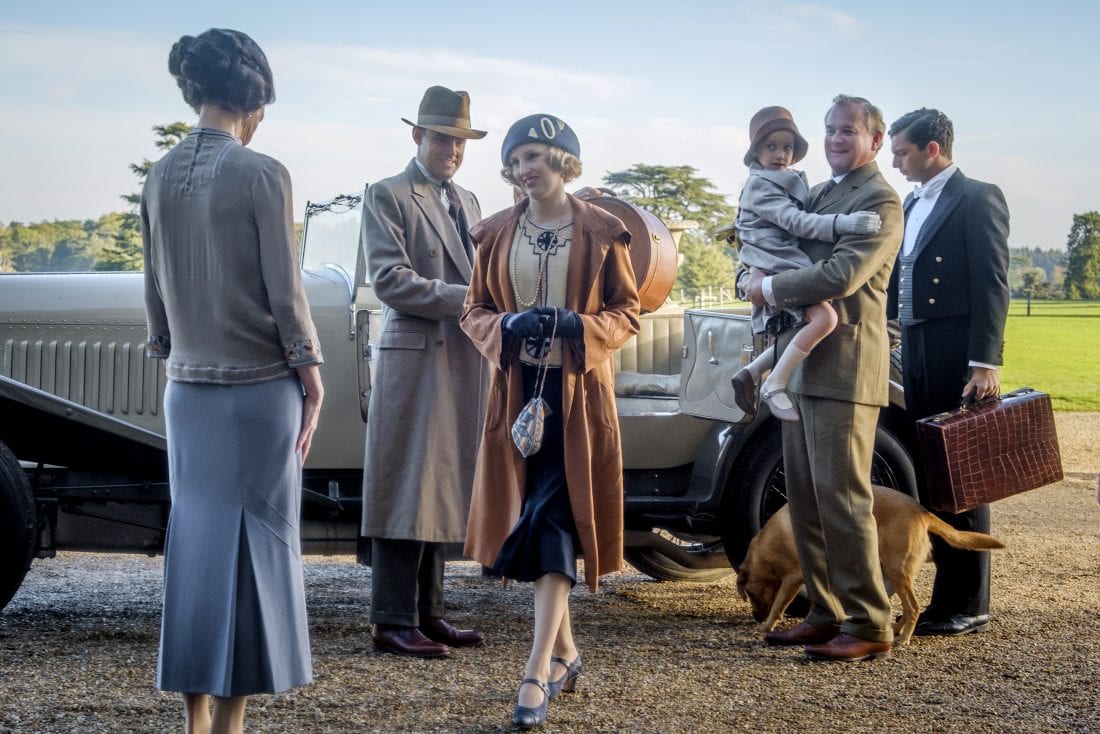 Having enjoyed several episodes of “Downton Abbey” on TV, I’ve got some theories about why the six-season series was so popular:

Our ongoing fascination with Britain’s upper-class was augmented by a well-informed servants’ perspective — together with meticulous period detail; viewers were whisked back to a heady Titanic-era elegance that was exotic but, because it was in the 20th century, familiar enough to feel touchable.

Not to mention the complex characters and multi-layered plotlines.

If I am correct about this, longtime fans are going to love the new movie.

Written by series creator Julian Fellowes, the film is already a box-office success, having taken the No. 1 spot over Brad Pitt’s “Ad Astra” on opening weekend.

I was wowed by the intoxicating production design — even better than it was in the series: ancient motor cars; gorgeous steam trains; lumbering trolleys; lavish costumes; and beautifully immaculate British countryside. It’s perhaps worth noting that none of this is digitally rendered; it’s all wonderfully and palpably real.

Indeed, I was initially so enchanted by all this that I almost forgot Fellowes’ strength as a storyteller — juggling various storylines and pulling us irresistibly close to dozens of characters whose world is so different from our own.

To the show’s set-up of a sprawling estate with drama involving both the wealthy Crawleys and their below-stairs staff, “Downton Abbey” adds a visit from the King and Queen, which throws everything into a British-style tizzy.

This fuss and furor flow first from the scramble to prepare food, mansion and grounds for the impending visit; and it worsens when the royal retinue arrives to inform the servants that King George and his wife always bring their own butlers, chefs and attendants.

In other words, none of the excited Downton staff will actually be able to serve, cook for or wait on their famous guests.

Several other plot strands wind through this scenario: a jealous lover; an unhappily married princess; an Irish son-in-law whose loyalty to King and Queen will come under question; a possible pregnancy; and a fussy hot-water heater that conks out at the wrong time.

Though I missed the series’ Dan Stevens and Lily James, the acting here is top-notch, highlighted by Michelle Dockery as the chief Crawley daughter, Jim Carter as the capable Carson, Allen Leech as the Irish Tom Branson and Kevin Doyle as the overeager Molesley. Notable newcomers include Simon Jones as George V and an excellent Imelda Staunton as the redoubtable Lady Bagshaw.

Late in the film, Dockery’s Mary Talbot asks of Downtown Abbey, “Is it right to keep it going when the world it was built for is fading with every day that passes?” Though it’s set in 1927, when its upper-crust milieu is indeed dying, this new “Downton” film has an open ending which answers that question with a resounding yes.

I dare say the show’s many fans will agree.