Hershey Area Playhouse to present ‘The Mystery of Edwin Drood’ 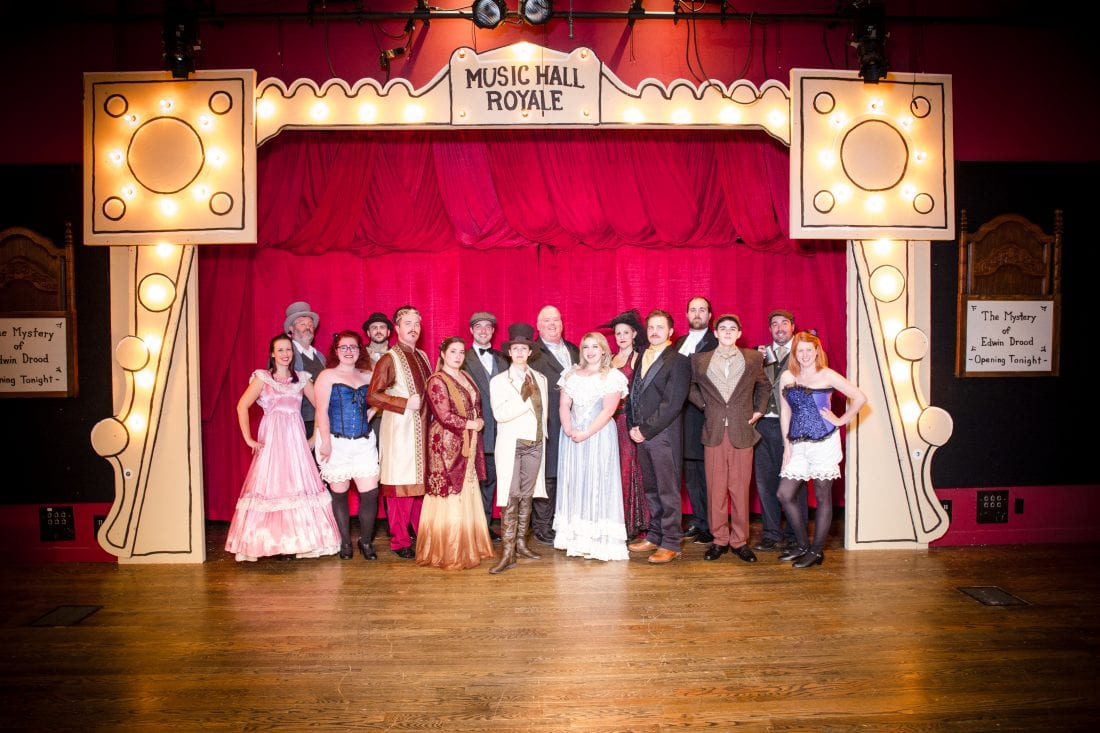 HERSHEY — Few, if any, musicals have dozens of possible different endings — but “The Mystery of Edwin Drood” does!

Maybe only Charles Dickens could write such a story built around an unknown villain committing a dastardly deed causing the disappearance and mysterious death of the young, charming Edwin Drood.

Opening tonight and based upon Dickens’ unfinished novel of the same name, “The Mystery of Edwin Drood” takes center stage at the Hershey Area Playhouse, 830 Cherry Drive, with performances on Oct. 3-10. Evening performances are at 7:30 p.m., with Sunday matinees at 2 p.m.

In this production of the 1986 Tony Award-winning musical, the cast, any of whom can be the killer, includes area actress Shelby Snyder.

The Sunbury resident, who is a veteran of both Community Theatre League and Hershey Playhouse productions, plays the Music Hall’s leading ingenue Deirdre, and also the alluring Rosa Bud, Edwin Drood’s young finance, whom at least one of his rivals craves to make his own.

“This show has challenged me in almost every possible way that theater can,” Snyder asserted. “From improv and raucous dance numbers, to incredibly intricate vocals, ‘Drood’ is a force to be reckoned with.”

Written by Rupert Holmes, “Drood” is the first Broadway musical with multiple endings. The audience, at a crucial part near the conclusion, votes who killed Edwin Drood.

Therefore, the truly ensemble musical appeals additionally as an interactive whodunit mystery, which turns the audience into detectives. One of the show’s best assets is the novelty of having the audience vote as to the killer’s identity at every performance.

With plenty of suspects who have deep secrets and possible motivations to kill, “Drood” is actually a show-within-a-show, allowing the cast, who also play members of an 1895 London music hall troupe, to have a lot of interaction with the audience.