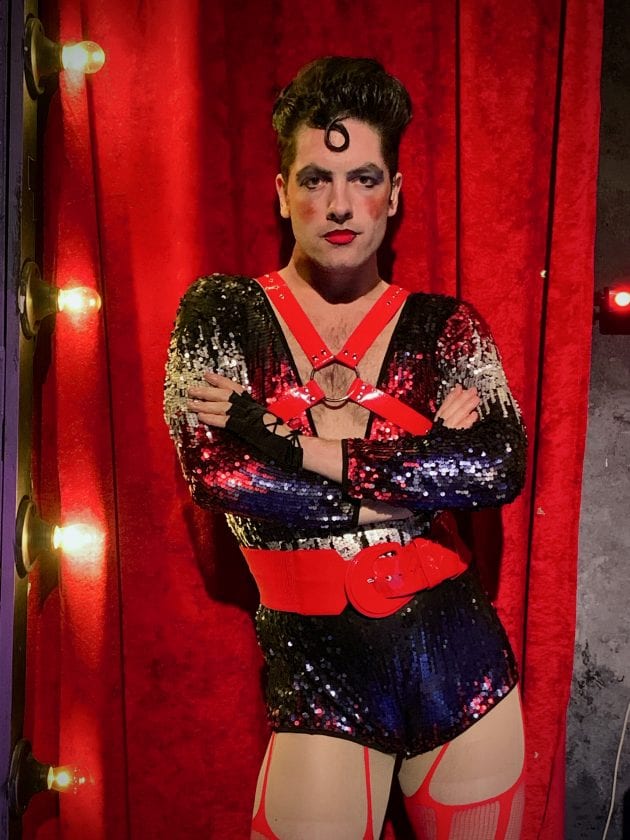 MILL HALL — “Back by popular demand” is often unsubstantiated banter. But when the Millbrook Playhouse brings back “The Rocky Horror Show,” it’s absolutely true that there’s been a popular demand for its return.

As a member of the Stage Directors and Choreographers Society since 2001, Leidholdt, who directed Millbrook’s previous “Rocky Horror” productions, is again directing this off-beat show.

He is supported by a top notch production staff which includes Mo Orbal as Music Director, with leading cast member Danny Durr , doing double duty as the show’s Choreographer.

Although adapted from the 1975 musical horror comedy film, Millbrook Playhouse is presenting “Rocky Horror” live on stage. The rip-roaring show is far funnier than it is scary.

When squeaky-clean sweethearts Brad and Janet seek refuge during a storm at the eerie mansion of Dr. Frank-N-Furter, they discover a house full of wild characters, including a rocking biker and a creepy butler — while each loses their innocence in the process!

The scandalous doctor, through elaborate dances and rock songs, unveils his latest creation: a living muscle man named “Rocky.” And coming along, just for the fun and frivolity, is the vivacious Magenta, sister of the strange servant Riff Raff.

With book, music and lyrics by Richard O’Brien, “The Rocky Horror Show,” which is narrated by Sarah Goldstein, has a running time of just less than two hours. It carries an “R” rating.

Having attended Millbrook’s prior successful productions of “Rocky Horror,” I noted a poster prominently displayed that reads, “Not recommended for those easily offended. We handle mature matters in immature ways.”

Leidholdt promises that “this deliberately kitschy rock ‘n’ roll sci-fi gothic is more fun than ever.”

Millbrook cautions the audiences that “no outside props are allowed in the theatre,” with participation bags to be sold at the theatre.

For those hankering for an early Halloween treat, Millbrook’s “The Rocky Horror Show” promises a scintillating musical with maniacal momentum.