WSO to open season with ‘From Mozart to Wagner and Strauss’ 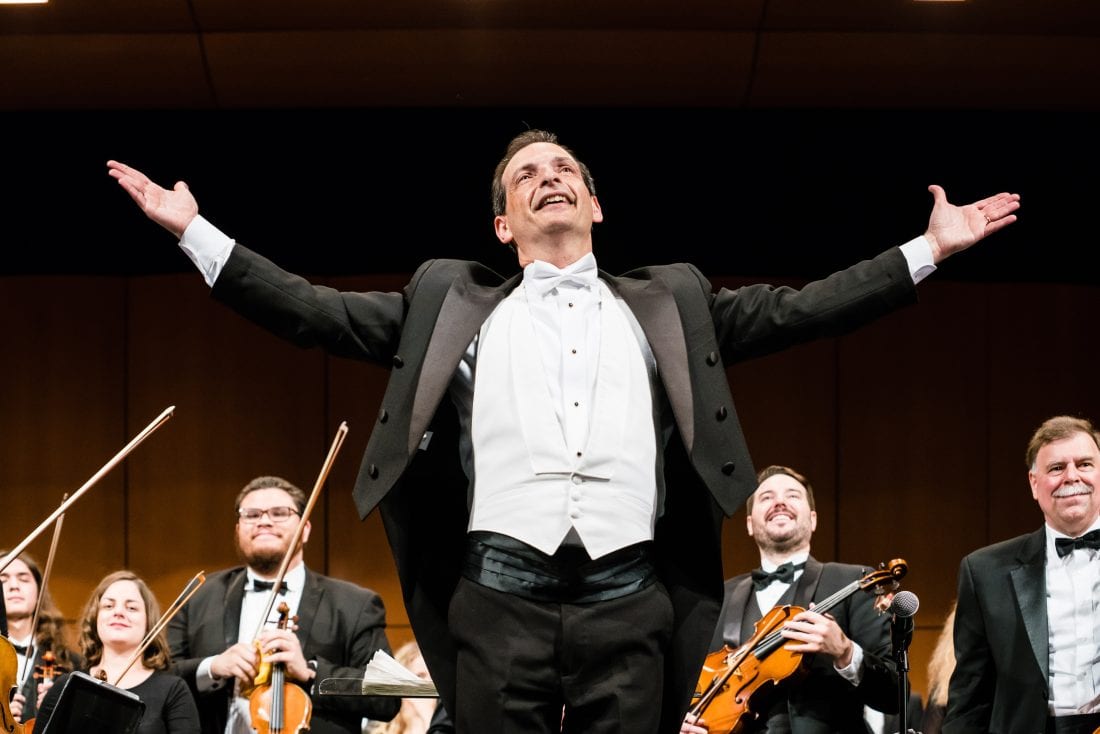 For centuries, Germany has remained at the forefront of Classical music by churning out some of the world’s most renowned composers, producers and performers. To kick off its 2019-20 season, the Williamsport Symphony Orchestra will put on a show that celebrates Germany’s many musical contributions to Western culture.

The WSO’s program “From Mozart to Wagner and Strauss” will be performed at 7:30 p.m. Oct. 15 at the Community Arts Center, 220 West Fourth Street. It marks the WSO’s first show at the CAC since its last season ended five months ago.

To start off the concert, the WSO will be performing Wagner’s “Tannhauser Overture.” Edelstein said that Wagner was a “big revolutionary” in the world of opera, as his ideas on the music, staging and story of an opera contrasted heavily with the norms of his time. Unlike the traditional operas of the composer’s era that had very defined areas for music, dancing and story action, Wagner wanted all the elements of his operas to serve the narrative. To accomplish this, he blended all of the individual parts of the opera — the music, acting, dancing and sets — into one, Edelstein said. He was also the first to build a theater that hid his orchestras, thus keeping viewers focused on the story.

“You cannot be distracted by anything, but the drama and the story itself,” Edelstein said. “That was his obsession.”

Wagner’s “Tannhauser” was the third major opera he wrote and evokes many mythological elements. Like many of the operas that Wagner composed, it’s on the longer side and also includes a lengthy overture. Because the opera itself is very dramatic, the thematic ideas conveyed by the overture also come through that way.

“Orchestrally, (the ‘Tannhauser Overture’) is very large. It requires a very large orchestra with the predominance of the brass section of the orchestra,” Edelstein said. “That is one of the things that I really wanted to showcase. We have a fabulous brass section, and they will definitely make a statement with this overture.”

After performing Wagner, the WSO will make an easy transition into the works of another composer from Romantic era, Richard Strauss, who was highly influenced by Wagner, according to Edelstein.

Joining the WSO in performing a selection of songs for soprano written by Strauss will be the highly acclaimed vocal soloist Julia Wolcott. Edelstein first met Wolcott when she was studying voice performance at Penn State University, where he teaches.

“Immediately, the color in her voice struck me,” Edelstein said. “Her tone color is not only beautiful, but it has depth — it has intensity and warmth.

“She is making a huge career right now,” he added. “I can guarantee you that she is going to be one of those stars, and I don’t know if you will be able to afford her in the future.”

Having taught at Penn State for the last two decades, Edelstein said he’s always excited to bring some of the young talent he has helped develop at PSU to Williamsport to perform with the WSO.

“There are many soloists out there, obviously. But I think that the personal connections with the soloists is what makes the difference,” he said. “It is always the contacts you make and the relationships that you have with these people that makes them come here and have a successful concert.”

The second half of the WSO’s performance will be dedicated to Mozart’s Symphony No. 41 — the last symphony written by the Classical era composer. Also known as “Jupiter,” the piece is perhaps Edelstein’s favorite symphony ever written, he said, because he considers it to be the culmination of Mozart’s career.

“Mozart started writing at a very early age, so what is amazing to see is the evolution — how Symphony No.1 led into Symphony No. 41 in his short life of 35 years,” Edelstein said.

Edelstein also finds it striking that the theme in last the movement of “Jupiter” (C-D-F-E) was a motive Mozart also used in the second movement of his Symphony No. 1, which he wrote when he was only 8 years old.

“The fact that Mozart used these thematic ideas in his first symphony and in his last is very powerful,” Edelstein said.

Another aspect of the piece that Edelstein finds appealing is that Mozart introduces the themes of the last movement separately, and then combines them all at the very end. He likened this to someone sampling many different flavors of ice cream individually, and then mashing them together for one grandiose bite.

“For a classical-style symphony, you can see him already thinking ahead,” Edelstein said. “You can see Beethoven kind of taking over from that Symphony No. 41 and doing what he did after. You can feel the arrival of a very, very high level of classical music writing that will influence the many composers who came after.

“From every angle that you look at it, there is perfection,” he added.