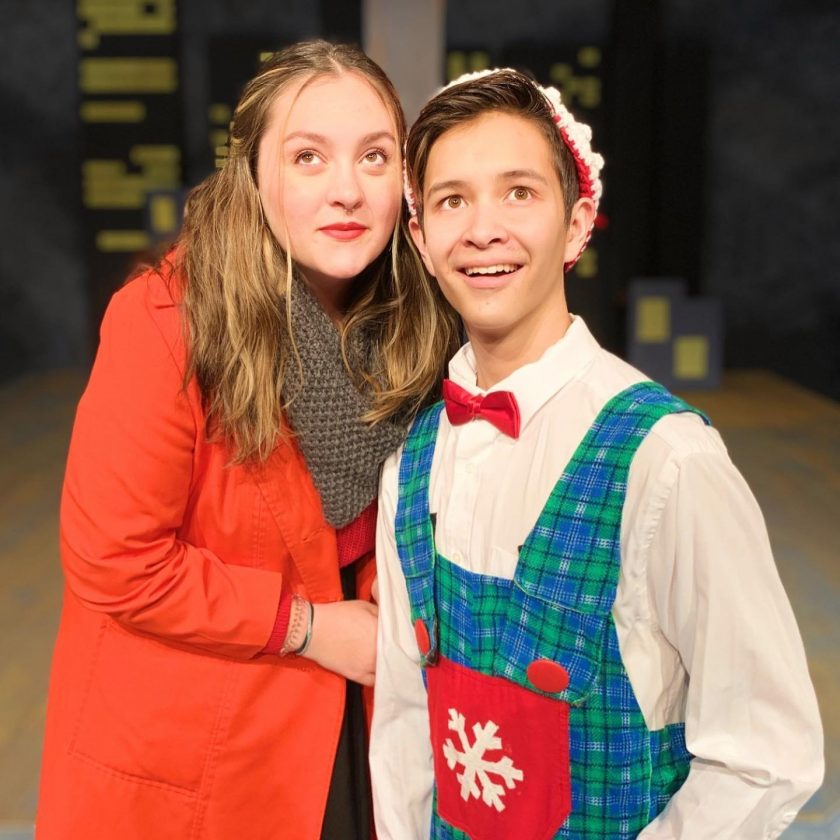 MILL HALL — Exten­ding summer stock not only into the fall but closer to the frosty winter, the Millbrook Playhouse offers “Elf the Musical, JR. “ as a holiday treat.

The Millbrook Playhouse Youth Ensemble has 7 p.m. performances on Friday and Saturday, with 2 p.m. matinees on Saturday and Sunday on the Ryan Main Stage of the old barn theatre, 258 Country Club Lane.

Based upon the 2003 comedy movie in which Will Farrell dons Buddy’s green costume, this is a condensed musical with a message: It is important to bring the Christmas spirit to the young and old alike, no matter where they live.

Set in the present day, “Elf the Musical, JR.” has locales in the North Pole and New York City.

The familiar storyline finds a young orphan Buddy, after mistakenly crawling into Santa’s big bag of goodies, transported to the North Pole.

Unaware that he is actually a human, the would-be elf eventually realizes, because of his enormous size and poor toy-making abilities, that he must face the truth.

Santa discovers that Buddy’s natural father is alive and working at a children’s book publishing company in Manhattan. So with permission from Santa, Buddy heads to New York City to find his birth father and discover his true identity.

But Buddy faces the harsh reality that his father is on Santa’s “naughty list,” and his half-brother doesn’t even believe in Santa.

So Buddy, much to the audience’s delight, sets out to win over his new family, and help New Yorkers remember the true meaning of Christmas.

David Leidholdt, Millbrook’s producing artistic director, gleefully asserted that even with the abbreviated version of the original, the charm of “Elf the Musical, JR.” comes through clearly.

As the director notes, “Elf the Musical JR.” is a modern day holiday classic that aims to spread Christmas cheer for all to hear!