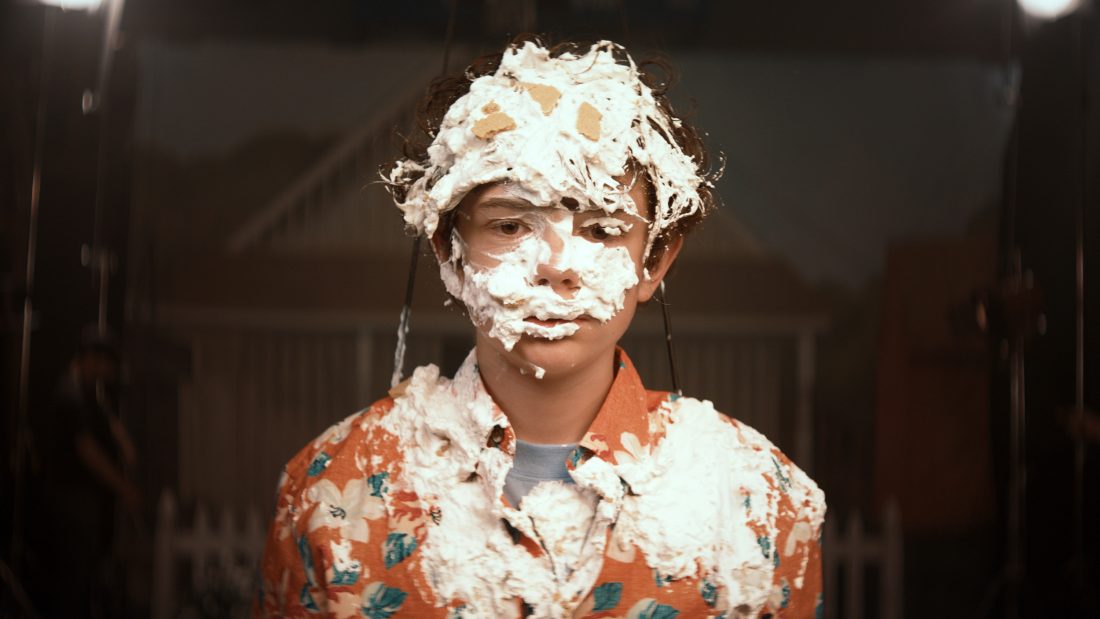 If Shia LaBeouf went through even half the crap depicted in “Honey Boy,” it’s amazing he lived to tell the tale.

Viewers may find it tough to process this skilled but brutal movie without knowing something about the young actor, who not only wrote the autobiographical script, but also plays his own father.

LaBeouf, talented lead in the Disney Channel’s “Even Stevens” (2000-2003), went on to bankable stardom in such films as “Holes,” “Fury” and “Transformers.” Yet he kept sabotaging his own fame in a series of weird public antics, rages and arrests, some involving intoxication. With this year’s excellent “Peanut Butter Falcon” and now “Honey Boy,” his career seems to be back on track; I suspect the latter helped purge his demons — which may in turn help viewers grapple with one of the most appalling portraits of parenting ever put on screen.

“Honey Boy” focuses on Otis Lort, who appears in parallel plots at age 12 as a rising star living with his father in a cheap hotel — and then later in his 20s, when he’s being treated for violence and substance abuse. The twin roles are beautifully played by red-hot young actors Noah Jupe and Lucas Hedges. Near the beginning, when Otis’ counselor tells him he has PTSD, Hedges growls, “From what?”

The movie purports to answer that question — in no uncertain terms.

Lort’s father, James, is a crazed, parasitic wannabe who early on berates his son for using the F-word — and then proceeds to trot it out about 150 times. In fact, this astoundingly weak and narcissistic father — four years sober but still prone to violent rages — constantly assaults Otis both verbally and physically, while also sponging off the young actor because he himself has no job. Jupe, star of such recent hits as “Wonder” and “A Quiet Place,” ably conveys the heartbreaking agony of a good soul who is far too young and alone to deal with such an explosive home life. The low point comes when the lad has to referee a phone-fight between his estranged mother and father. Since they won’t talk to each other, he’s forced to recite each parent’s vicious attacks to the other.

It’s no wonder the older Otis can no longer even distinguish between what’s real and what’s a lie.

Fortunately, the film offers some hope for the troubled protagonist in the form of patient fellow residents and counselors at his treatment facility — and, in the earlier story, a motherly young lady who also lives at the hotel.

When this movie ended at the screening I attended, nobody moved. Since its final image is a bit ambiguous, I think we were all hoping for more closure. But the fact that LaBeouf could even make this film, playing is own toxic parent and then putting some mild humor in the closing credits, suggests he’s moved towards healing.

If he scores well-deserved Oscar noms for both writing and acting this year, that might help too.