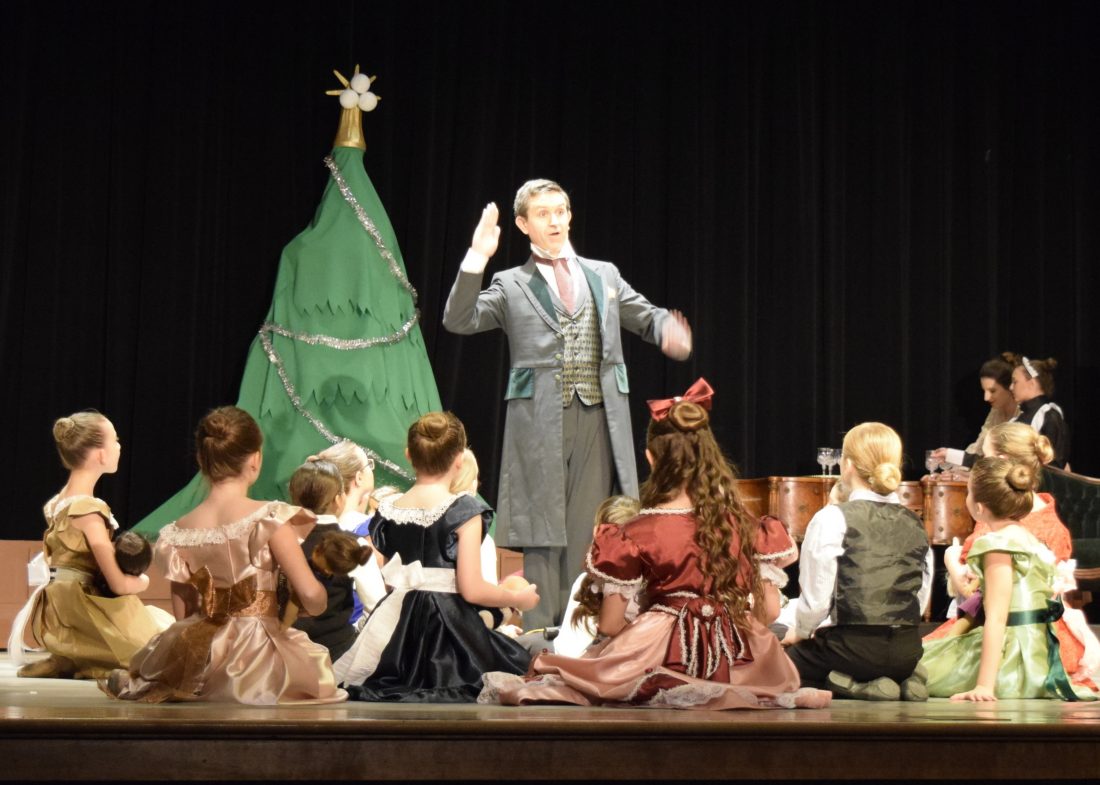 LEWISBURG — For dance enthusiasts, “The Nutcracker” is an anticipated holiday treat.

For the second consecutive year, RiverStage Community Theatre will team up with Strictly Ballet to present “A Lewisburg Victorian Nutcracker.”

The Christmas-themed ballet will be performed at 2 p.m. and 7 p.m. Saturday on the stage of the Greenspace Center Auditorium, 815 Market Street.

With P.I. Tchaikovsky’s familiar musical score, “A Lewisburg Victorian Nutcracker” will be directed by Amy Casimir.

The classic ballet tells the tale of a young girl, Clara, who receives a nutcracker doll on Christmas Eve from her mysterious godfather.

Then in the darkness of night after she falls asleep, Clara’s doll is transformed into a handsome prince, and she is whisked away on a magical adventure. On her colorful journey, Clara encounters brave soldiers, dancing snowflakes and fearsome mice.

Finding herself in the Land of Enchantment, Clara’s beloved Nutcracker comes to life to defend her against the Mouse King.

This production features Elliott Wilson as Clara, and Kendyll Hazzard as The Nutcracker, with Sarabella Reynolds as The Snow Queen, Teddy Casimir as the Prince, and Dona Troop as Drosselmeyer.

“The Nutcracker” is Tchaikovsky’s most famous and recognizable composition, and is frequently performed in various productions in many cities across the country, including last weekend’s performances at the Community Arts Center.

Jove Graham, RiverStage’s president, mentioned that tickets for “A Lewisburg Victorian Nutcracker” are not part of its 2019-20 season, but are currently on sale.

All seating is by general admission. Doors will open approximately 45 minutes before each performance.