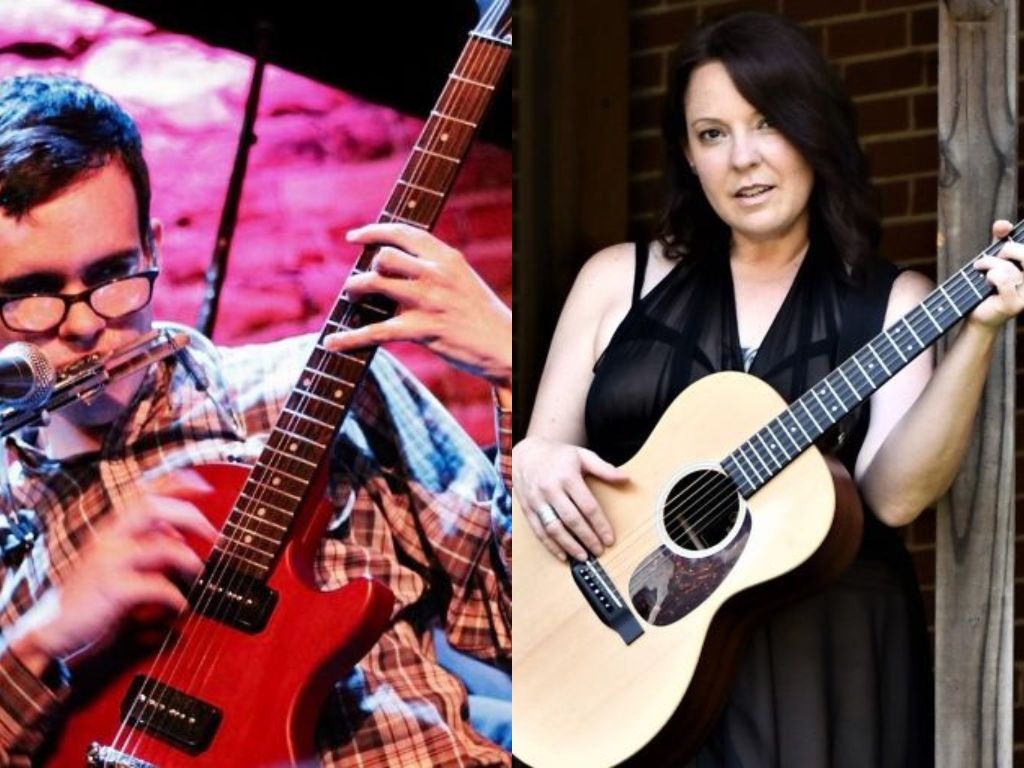 Local singer-songwriter Stacia Abernatha will be showcasing her signature blend of jazz, blues, folk and country at two special performances in December, at Franco’s Lounge & Music Club in Williamsport, and the Elk Creek Cafe & Aleworks in Millheim.

Abernatha is no stranger to the area music scene. She has performed for three consecutive years at the Billtown Blues Festival, and lead the Gospel Showcase at the 2019 festival. Her time performing has seen her share the stage with legendary blues acts like Tas Cru and The Nighthawks, as well as Abigail Washburn and Celia Woodsmith. Abernatha connected with Washburn and Woodsmith at The Silkroad’s “Global Musician Workshop,” of which Abernatha is a three-year alum. She partners regularly with local musician and entrepreneur Sean Farley for gigs and is in a duo with her colleague at the Uptown Music Collective, Ben Geise.

Making the Franco’s and Elk Creek Cafe performances one-of-a-kind is the addition of Abernatha’s friend and colleague, Noe Socha, who is a world-renowned musician and advocate for musicians with visual impairments, whom Abernatha met in 2018.

“Noe and I met as participants at the International Blues Challenge in 2018 in Memphis. I heard him play as The Likho Duo with his good friend Cliff Schmitt on bass. Their style of blues and performance, in general, was captivating to me. I introduced myself to Noe, and we stayed in touch since,” Abernatha said.

As a musician with a visual impairment himself, Socha’s advocacy work is important and impressive. Equally impressive is his musical prowess. Born in Carpi, Italy, he came to the United States as a teenager to attend the Berklee College of Music in Boston. While there, Socha earned many awards for his technical ability and the guitar and harmonica, including the prestigious “Jimi Hendrix Award,” for the school’s top guitarist, and the “Billboard Endowed Scholarship,” which is presented to Berklee’s top student.

Socha has recorded, toured, and performed with some of the best of the best in the music industry. He has collaborated with Nona Hendrix of Labelle, Vernon Reid of Living Color, and Grammy Award-Winners Javier Limon and Paula Cole, and regularly plays clubs in New York City.

As a duo, Abernatha and Socha lean on their musicianship to create a varied mix of some of their given musical inspirations, according to Abernatha.

“We play an eclectic mix of tunes that we both enjoy performing, including some interesting jazz numbers, blues, folk and country tunes. We have some original music, and even a breathtaking cover of Joni Mitchell’s ‘Help Me,'” she said. “We have a genuinely great time performing together, taking improvisational liberties that keep the performance fresh and exciting from one tune to the next.”

On Dec. 12, at The Elk Creek Cafe & Aleworks in Millheim, Abernatha and Socha will be performing at what is billed as a “Pub Hang,” which, according to Abernatha, provides an atmosphere where patrons and staff alike can get to know one another.

“Elk Creek has incredible food and hand-crafted brews. They feed the musicians very well, and ask that the patrons bring along ‘cash-munny’ to add to the tip jar for the performers. The atmosphere lets the patrons, staff and patrons get to know each other. It’s a hip, folky scene,” she said.

Elk Creek Cafe & Aleworks has tapped into the rising popularity of non-alcoholic options being offered alongside traditional alcoholic drinks, and Abernatha is on board with this.

“My favorite drink is the non-alcoholic locally made ginger shrub! It’s a sparkling beverage made with a spicy ginger simple syrup. I recommend a squeeze of lime,” she said.

For the Dec. 13 show at Franco’s Lounge & Music Club, Abernatha recommends making a reservation, as she is expecting the venue to fill early for the show’s 9:30 p.m. start. Franco’s is a favorite among performing musicians for its atmosphere, and Abernatha appreciates the venue’s unique charms.

“The scene here is like coming home to your family…and your siblings Fred & Maria whip you up some of the finest Italian cuisine you can imagine,” she said. “When the show is about to start, the vibe is like a jazz club in NYC, with a sea of autographed photos on the wall of famous folks who have visited Fred & Maria’s swanky club.”