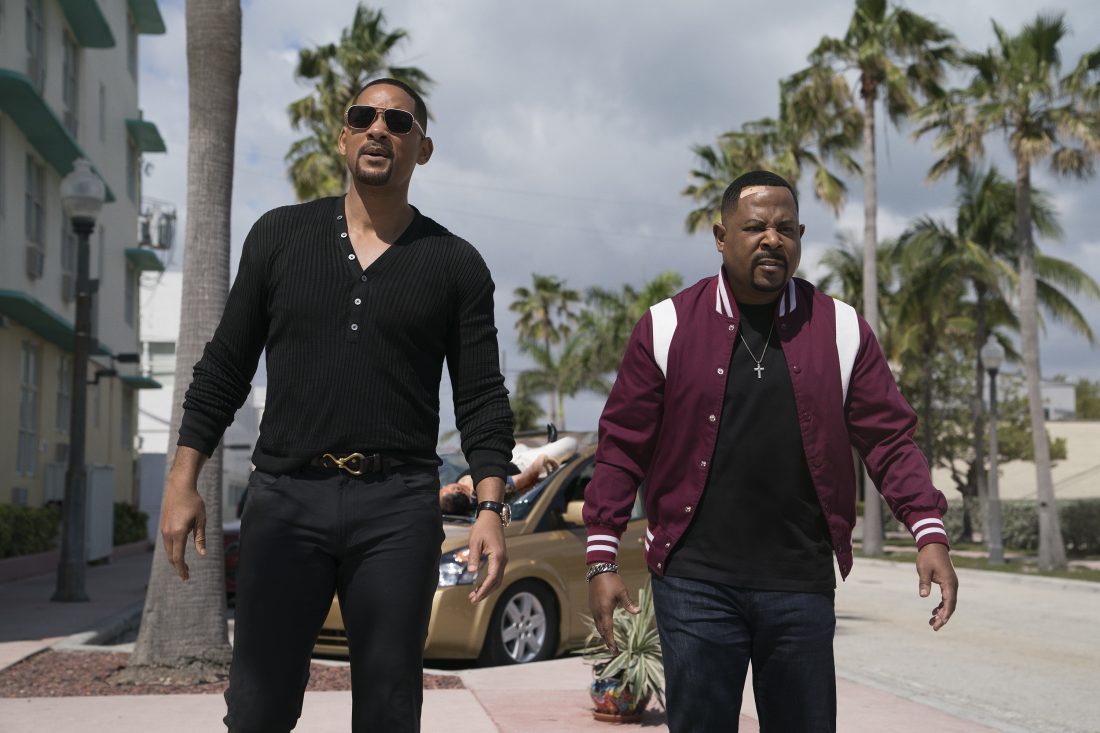 This image released by Sony Pictures shows Martin Lawrence, right, and Will Smith in a scene from "Bad Boys for Life." (Ben Rothstein/Columbia Pictures-Sony via AP)

January. It can be a scary month for movies. Often studios use this release date time right after Oscar season for throw-away films. Seeing that the fan-favorite “Bad Boys” series reserved this time slot (without Micheal Bay returning as director) showed that the studio didn’t have much hope. Boy were they wrong. “Bad Boys for Life” is undoubtedly the best in the series yet, embracing the favorable qualities of the old films, while ditching most of the bad.

Long-time cop partners/best friends Mike Lowrey (Will Smith) and Marcus Burnett (Martin Lawrence) scramble to find the skilled killer who has been taking out law-enforcement members in Miami. Joined by a small undercover team called AMMO, the bad boys go for one last ride.

While the plot is not that unique, what do you expect? This is a “Bad Boys” film after all. But the entertainment is still there, thanks to character building on the protagonist and antagonist side. Introducing the AMMO team was a great addition, with each member being distinctly likeable. The villain of the film is not a random criminal with monetary motivation, they actually have a sufficient backstory that serves for an unexpected turn. The story as a whole is not entirely coherent, but the characters are.

Smith and Lawrence bring their A-game, giving sensitivity to their characters that make them more believable than ever. The bond the two have is what made the series iconic, and that same bond is maintained 15 years later since we last saw it. Their bromance is at the forefront, a nice touch the earlier films lacked. Smith and Lawrence bounce off each other in hilarious manner that bring humor into any of the action; the serious moments are never underplayed, however.

The signature touch left by Bay still resides, but first major-feature directors Bilall Fallah and Adil El Arbi add a layer of executional depth. Impressive camera work elevates the film, making it feel more polished. The action is creative (and more importantly fun) enough to make the few set pieces rewarding. The climactic encounter has truly stylish moments that caught me off guard. The generic boring gunplay of the older films is nowhere to be seen, instead being replace by hard-hitting violence, raising the stakes higher than before.

Lovers of the original as well as action fans will surely not be disappointed and may even be pleasantly surprised. “Bad Boys for Life” is a better sendoff than the series deserves, but it doesn’t know when to quit when it’s ahead. With a mid-credit scene hinting at a potential sequel, this eliminates the whole “one last ride” point of this film. Like Lowrey and Burnett say, “Ride together. Die together.” Perhaps the next installment will prove that.