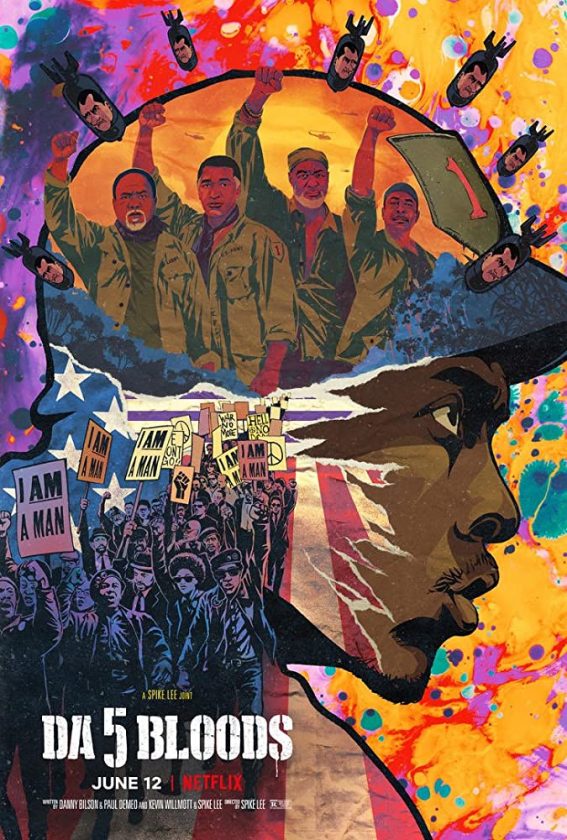 Were it not for the current global health crisis, we would now be smack in the middle of a busy summer movie season.

While several earlier 2020 releases (“Quiet Place 2,” “No Time to Die”) have been moved to fall, most other titles are presently in limbo. Here’s a list of 10 you might look for through the end of July, some may get delayed, but others will be available for streaming — or perhaps even in theaters!

This thriller about a wealthy man’s weird, mysterious legacy was slated for theatrical release on May 22. Now available through streaming, it has some lousy reviews, but certainly a promising cast: Lily Collins, Simon Pegg, Chace Crawford, Connie Nielsen and the inimitable Patrick Warburton.

An American musical-comedy to be released Friday, May 29, should be available for streaming before long. Dakota Johnson, of the “Fifty Shades” series, stars as the fresh-faced but overworked assistant to a pop star played by Tracee Ellis Ross. Directed by Nisha Ganatra (“Late Night”), this film co-stars Ice Cube, Eddie Izzard, Kelvin Harrison Jr. and Bill Pullman.

Bonus for trivia buffs: Johnson is third-generation Hollywood, being the daughter of Don Johnson and Melanie Griffith; her grandmother, Griffith’s mother, is Tippi Hedren, who worked with Alfred Hitchcock on “The Birds” and “Marnie” in the early 1960s.

After nailing his first Oscar for the screenplay to 2018’s gripping “BlacKkKlansman,” Spike Lee co-wrote and directed this promising war drama. Here’s a plot summary from Wikipedia: “Four African-American veterans return to Vietnam in search of the remains of their fallen squad leader and the promise of buried treasure.”

This is one that’s already on my calendar: June 12.

Environmental disaster film about a small group of people trying to reach the titular sanctuary when Earth is threatened with destruction by a soon-to-hit comet. Starring Gerard Butler, Scott Glenn and David Denman, it was directed by Ric Roman Waugh, who worked extensively as a stunt man before scoring as director on “Angel Has Fallen.” June 19.

Sooner or later, nearly every bankable “good guy” actor gets to play a psychopath or killer. In his 20th year of superstardom since the Oscar-winning “Gladiator,” Russell Crowe gets his shot in this road-rage thriller whose unnerving trailer has been circulating on social media. This kind of thing can be a mixed bag — as with Dennis Quaid’s recent such foray “The Intruder” (decent Dennis; dumb script). But I love Crowe and am definitely on board for this. July 1.

With several notable exceptions, Hollywood hasn’t always had perfect success with film adaptations of hit musicals; but let’s give the benefit of the doubt to this cinematic mounting of Lin-Manuel Miranda’s smash Broadway show. Cast includes Miranda, Leslie Odom Jr. and Daveed Diggs. Set for Disney Plus on July 3.

Speaking of musicals: Steven Spielberg’s next project is a remake of “West Side Story,” due in theaters Dec. 18.

Christopher Nolan’s eagerly awaited new film appears to be a wild mix of spy thriller, time travel and apocalyptic prophecy. Starring Elizabeth Debicki, John David Washington (“BlacKkKlansman”), Robert Pattinson, Michael Caine and Kenneth Branagh, it is slated for the third weekend in July. That slot appears to be Nolan’s box-office charm; it was also the release date for his previous blockbusters “The Dark Knight” and its sequel, along with “Inception” and “Dunkirk.” Let’s face it — this guy simply doesn’t make bad movies.

Disney’s live-action reboot of its own 1998 animated hit was originally a March release but currently stands postponed to July 24. Unlike the original, this new “Mulan” has an entirely Asian cast; it will also be the first frontline Disney release to receive a PG-13 rating (for some action violence). While it’s bound to make a ton of money, I don’t see how they can improve on the first one.

Originally a 2018 release and then moved ahead several times due to financing woes, this spy thriller set in a prison has already notched a number of reviews — not all of them promising. But it does have a good cast: Joel Kinnaman, Rosamund Pike, Common, Ana de Armas (“Knives Out”) and Clive Owen. Personally, I make a point of seeing pretty much anything with Pike or de Armas. July 31.