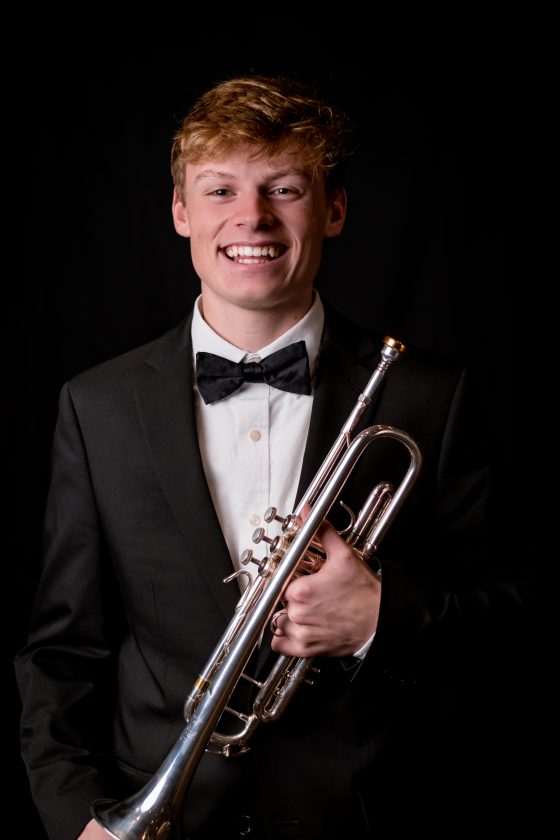 The Williamsport Music Club has chosen trumpeter David Hutchinson, son of Rebecca and Matthew Hutchinson, as the recipient of the $1,500 Budd Memorial Scholarship.

The award is given to a high school senior who plans to continue their education and major in music. The Budd Memorial Scholarship is funded by contributions from members of the Williamsport Music Club, former winners and music lovers.

Auditions were held digitally and a panel of three judges, Daniel Hall, of Lycoming College; Eric Hinton, of Susquehanna University; and Todd Kendall, of Williamsport Area High School, listened to the auditions.

A senior at Loyalsock Township High School, David has played the trumpet since he was 10. He first tried playing percussion in the band and it was then that Aegina Leidhecker, a retired music teacher from Donald E. Schick Elementary School, suggested that the trumpet would be a better fit.

Other school activities he enjoys includes Odyssey of the Mind; Model UN/ConCon; Future Business Leaders of America; FUSE Student Ministries, a program run by First United Methodist Church; Scholastic Scrimmage; and is a member of the National Honor Society.

The Williamsport Music Club hopes to hold a June meeting at the Pine Street United Methodist Church where David will perform his audition piece, “Sonata VIII” by Arcangelo Corelli accompanied by Kristin Ivers. Presenting the award to will be Mitzi Burget and Doris Teufel, co-chairs of the scholarship committee.