Indie film ‘forces you to think about things’ 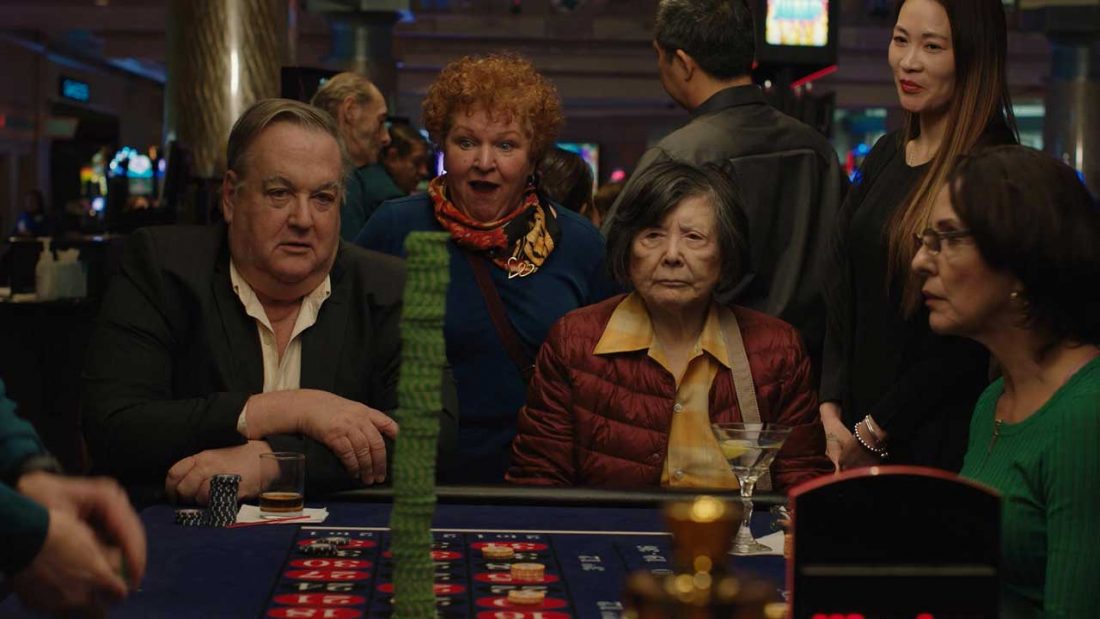 Lewisburg’s lovely Campus Theatre, my favorite local place to see movies, remains closed during the ongoing COVID-19 pandemic. But you can help support them by renting movies through their website — which I did this week with “Lucky Grandma,” a unique and engaging indie still so little-known that it doesn’t even have a Wikipedia page.

Directed by relative newcomer Sasie Sealy, it’s the story of an Asian matriarch who lives alone in New York City’s Chinatown, though the widow’s family would like her to move in with them for company, safety and savings.

Nai Nai’s late husband, you see, left her no money at all on his death, but she insists she can come up with her own rent because the old woman’s fortune-teller has predicted a forthcoming lucky streak in life. So Grandma Wong heads off to the casino, where she wins and then loses a pile of money. Then on the way home, her seatmate quietly expires, leaving behind a satchel of cash, which she takes with her.

Turns out this is dirty money, and before too long, Grandma finds herself in the middle of a Chinese gang war.

This absorbing plotline is fleshed out by superb cinematography and an eclectic score that ranges from brassy jazz to smooth pop to throbbing old-fashioned melodrama.

The film also features uniformly strong performances, with Tsai Chin a natural standout in the title role. Perhaps best-known as Auntie Lindo in 1993’s “Joy Luck Club,” Chin has also starred in “Memoirs of a Geisha” (2005), plus two James Bond films nearly 40 years apart: “You Only Live Twice” (1967) and “Casino Royale” (2006). Here, her life-toughened countenance, with its downturned grimace and resolute glare, is at times inscrutable, so we’re never quite sure what she’s actually thinking; at least not until the last few very powerful scenes.

Chin is ably supported by Hsiao-Yuan Ha as Wong’s massive but very likeable bodyguard, and by Yan Xi as the menacing Sister Fong.

But maybe the best thing about “Lucky Grandma” is that it never goes quite where you expect it to.

Indeed, since there are some realistic gangland fights, threats, attacks and shootouts, along with a suitably menacing film-noir atmosphere, I was sure the tale would have some kind of twist ending — one that would make you want to go back and rethink everything that happened.

I don’t mind telling you it doesn’t, because the story’s quiet conclusion — being actually much more unexpected than some sort of slick surprise — really forces you to think about things. Is Grandma Wong actually “lucky,” as her fortune-teller kept insisting? And if so, what does this say about theft, about greed, about family, about how to live at the end of your days?

Alternately comical, exciting, creepy and meditative, the film feels like something the Coen brothers might have put together — if they ever decided to focus on an 80-year-old Asian grandmother.