‘No one should go to bed or wake up hungry’

Soup and a Bowl 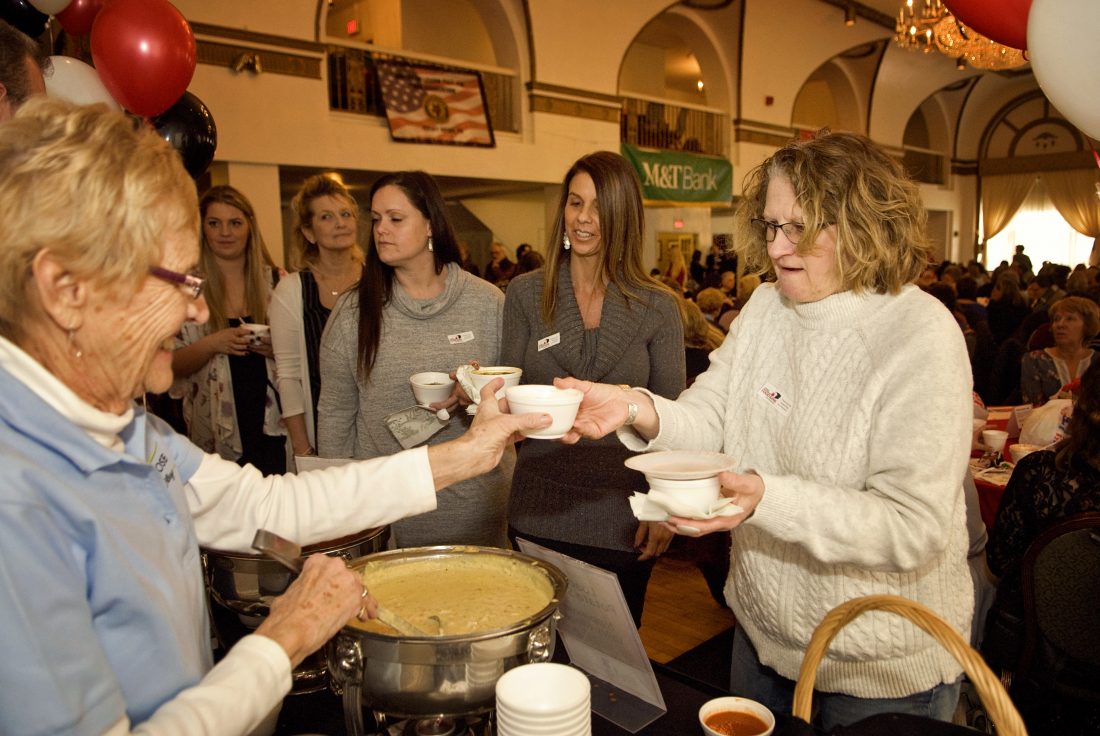 Not many community programs can say they give 96 cents from a donated $1 back to those in need. But the Central Pennsylvania Food Bank can. For every $1 given the food bank can provide six nutritious meals.

At the upcoming Soup and a Bowl fundraiser participants will be providing 180 meals with their $30 ticket and receive a hand crafted bowl and homemade soup and bread.

“No one should go to bed or wake up hungry,” Brian Yarborough, executive chef at UPMC Susquehanna, said. “The most important thing is the opportunity to nourish. The food bank helps out more than people realize. When you see their operation first hand it blows your mind how many people they touch and assist.”

The 14th annual Soup and a Bowl fundraiser will be held on Feb. 21 with two seatings: 11 a.m. to 12:30 p.m. and 1 to 2:30 p.m. at the Genetti Hotel, 200 W. Fourth St. Each seating holds 250 people and the first is already sold out. There will be take-out available at the door for $35, according to Carla Fisher, Central Pennsylvania Food Bank communication and marketing coordinator.

“Our community really comes together for the event,” Fisher said. “The Genetti pretty much gives us their whole space including the lobby, ballroom and garden room and all the soups are donated along with over 500 bowls from local potters.”

The event is a reminder of the old-fashioned soup lines in the Depression era and a reminder today of the 1 out of 10 neighbors who struggle to put food on the table, Fisher said.

“We are so grateful for our community for joining hands with us in the fight to end hunger,” Fisher said. “Without our continued partnerships we could not feed those in need.”

Donating for the fourth year, Virla Ocker, marketing and admissions coordinator at Nippenose Valley Village, looks forward to it every year. “It’s an absolutely wonderful fundraising idea,” Ocker added. “Last year we made 35 gallons of our loaded baked potato soup because it sells out.” This year Chef Chip Carnes also will be making a vegetarian entry.

Another vegetarian soup will be made by 12 students in the All Things Food, class at Warrior Run Middle School. The students will make 20 gallons of quinoa vegetable soup to donate. The class is held in the cafeteria and Jonathan Hall, food service coordinator, teaches cooking, baking and gardening from a mobile cart.

“This is a whole new experience for the kids,” Hall said. “Most of us come from privilege and don’t know what it feels like to be hungry and from that position we have a responsibility to help others.”

Dane LaForme took the class because he likes to bake with his nana. The sixth grader’s favorite show is “Diners, Drive-Ins and Dives” which he watches with his little sister. “My favorite soup is chili with hamburger and kidney beans,” LaForme said. He is looking foward to making soup for the event to help the community because “if people can’t help themselves than it’s up to others to help them.”

Eighth grader Ian Kenyon’s favorite soup is clam chowder. He’s not exactly sure of the ingredient, quinoa, though, which will be a main element in his donated soup. “It sounds French,” Kenyon said. “I’ve never heard of it. But I’ve been involved in food drives and missions before and it feels really good to help.”

The Warrior Run students might find the ingredient, hominy, in Curiel Bame’s soup foreign also. The owner of Real Taste food truck and Real Taste Taqueira, Jersey Shore, is making chicken pozole soup for the event this year which includes hominy, a coarsely ground corn. Bame believes the secret to soup is in the stock or broth.

“This is the base of your soup,” Bame said. “The chicken pozole is made from chicken stock we make in house. We use the bones to make the broth and finish the soup with pulled chicken, hominy and three to four different kinds of chili peppers. But the stock is where the nice flavor comes from.”

Chef Yarborough wanted to bring more to the table for his first time at the event and is donating two soups; a New England seafood chowder and a Southwestern white chicken chili. “Luckily I have 30 gallon kettles at my disposal and equipment to work with but it takes a lot of math and careful calculations for the ingredients,” he said. “When I was told what the event entails I jumped on board,” Yarborough explained. “There are so many reasons to donate.”

The Pennsylvania College of Technology Diner’s Club also is making mushroom bisque for the event.

The event proceeds go toward many food bank programs to help feed families, seniors, veterans, children and active military. The food bank has two locations in Williamsport and Harrisburg to feed all of Central Pennsylvania, according to Fisher. The Soup and a Bowl event in Harrisburg will be March 9.

A Harrisburg gallery will be crafting this year’s limited edition commemorative bowl. All proceeds from the $35 bowl, available for purchase at the event, will go toward the food bank. Each year the location of the potter switches and next year’s event will feature a local artist, Fisher explained.

The commemorative bowl will be larger for soup or serving and feature a customized stamp for the event, explained owner Bob Cappelluti, Riverbottom Pottery and Artisans Gallery, Harrisburg. It is microwave safe and will be available in 10 different colors.

Kathy Gorg, owner of Centered Earth, has been donating to the event for over a decade. The bowls are all different and include wheel-thrown, coil pots and disc pieces, Gorg explained of the 75 bowls she is donating this year.

Over 50 bowls are being donated by Lisa Fink Pottery. “I enjoy it and attend every year,” Fink said. “I like to choose a vegetarian soup and I used to like to look at the techniques and glazes on the bowls.”

Tickets can be purchased at www.centralpafoodbank.org/upcomingevents or by phone at 570-321-8023.

What’s so great about cabbage?

At a quick glance, cabbage can be mistaken for iceberg lettuce, but on a closer look, it is very different. Cabbage ...

For the love of olives

FAMILY FEATURES — Maintaining a healthy lifestyle includes a variety of commitments, from exercising to eating ...

The Central Pennsylvania Food Bank believes everyone deserves to have good, nutritious food — and enough of it. ...

FAMILY FEATURES — If coordinating schedules to gather the family around the dinner table is a victory in its own ... 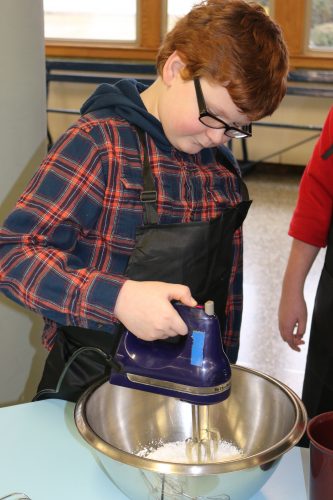 With Valentine’s Day around the corner some people like to celebrate by going out to eat, others like to stay in ...