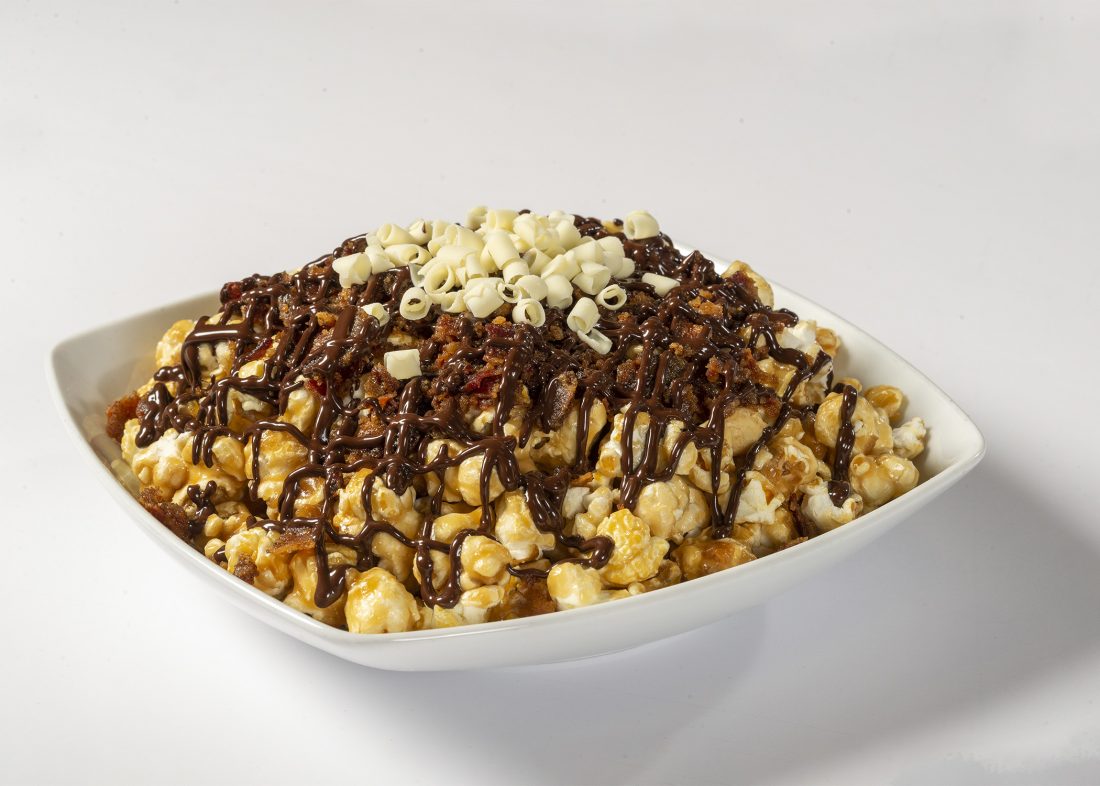 “Relax, it’s just a game.” Something that people would say to me somewhat often when we still had sports in our lives.

Anyone who knows me or just looks at my picture in this newspaper can tell that I am not much of an athlete. I never was very good at sports, and I transitioned my love of sports from a participant to spectator by the time I was in high school. But just because you don’t play sports doesn’t mean that you can’t care about them just as much as someone who does.

I am an avid follower of sports in general, but I live, eat, sleep and breathe Philly sports. Some of the earliest memories I have are of the 1993 World Series. At the time I was 7 years old, and I didn’t understand why my dad was so upset. Now, I get on YouTube and watch the footage of Joe Carter’s series-clinching walk-off home run sailing over the left field fence, and it gets me as upset now as it did him back in 1993.

Another example of my sports fervor that my family will never let me forget took place on Dec. 10, 2017. We were having a family gathering, and the Eagles were playing the Rams, so I was mainly paying attention to the game. Eagles quarterback Carson Wentz tore his ACL that day, and it looked like a promising season was over. Later that day we took a family picture. I was not able to muster a smile, and in a picture that is framed at my parents’ house, I am basically a human frown emoji. But that is because sports isn’t just a game. It’s so much more than that.

As I noted in a previous article, people tend to only realize how important things are once they are gone. This concept has really hit a lot of us hard when it comes to sports.

As we approach four months since the four major pro sports shut down, my sports-entertainment withdrawal symptoms have really gotten bad. A few weekends ago, I watched a live cornhole tournament on ESPN and found it pretty interesting.

Besides entertainment, sports are also a great way to show civic pride in your city or state. When the Eagles beat the Patriots in Superbowl LII, millions of people crowded the streets of Philadelphia for the victory parade, not just to celebrate their team, but to celebrate their city. Sports can also help to do something that we could really use right now in this country, and that is their unique ability to bring different types of people together.

In my last semester as a student at Penn College, I lived in an apartment off of High Street, and an African-American family who had moved here from Philadelphia lived across the street. It would be easy to think that a white kid from the country wouldn’t have much in common with a black family from South Philadelphia, but every Sunday at noon, we would all be outside on our front porches grilling, knocking back a few drinks and getting pumped for the birds kick-off.

While we didn’t spend much time together aside from those Sundays, we developed a mutual trust and respect for each other that evolved from our mutual love of the Eagles.

So while it will take a lot more than a mutual love of sports to solve the racial problems that plague this country, it could be the beginning of understanding. A reminder that while we may have differences on the surface, underneath those superficial dividers lie the minds, hearts and souls of human beings who are connected on so many more levels than we are separated.

In celebration of all things sports, I have decided to feature a recipe for a homemade version of a ballpark classic, with a kicked-up, chef-inspired twist: Homemade Cracker Jacks with sweet heat bacon and a dark chocolate drizzle. Try this recipe out at home, and hopefully it will help you satisfy your sweet tooth and help you remember the times in your life when a game was so much more than just a game.

Start to finish: 1 hour and 45 minutes

Preheat oven to 375 F. Arrange bacon strips on an oven-safe cookie sheet. Bake for 6 to 8 minutes, or until the strips are about half-way cooked.

Cool and rough chop. Reserve for later use.

Lower oven to 250 F. In the largest mixing bowl you have, combine popped corn (remove unpopped kernels) and peanuts. Toss to combine.

Place a heavy-bottomed sauce pot over medium heat. Melt butter, then whisk to combine brown sugar, corn syrup, molasses and table salt. Increase heat to medium-high and bring the mixture to a gentle boil, stirring occasionally, until the temperature reads 250 F on a candy thermometer, about 5 to 8 minutes.

Remove from the heat and stir in vanilla and baking soda. Working quickly, pour the hot caramel over the popcorn and gently toss until the popcorn and nuts are evenly coated.

Spray two cookie sheets with pan spray and evenly divide the coated popcorn onto the two cookie sheets. It is important to spread the popcorn into a thin, even layer, so if you need another sheet tray, that is fine.

After the 50 minutes are up, sprinkle with sea salt and allow to cool. While the popcorn is cooling, put the chocolate chips in a microwave-safe bowl and microwave on high in 30-second increments, stirring each time, until the chocolate is fully melted and combined.

Break up the chunks of caramel corn into individual pieces and combine with the bacon. Drizzle the trays of popcorn, peanuts and bacon with the chocolate. Allow to cool completely. Best if eaten right away but can be stored airtight for 3 or 4 days before going stale.

— Culinary Creations is a partnership with Pennsylvania College of Technology’s School of Business & Hospitality and its Le Jeune Chef restaurant, a column by Christopher R. Grove, Sous Chef II at Le Jeune Chef. Watch for Grove’s culinary tips and advice the last Wednesday of each month in The Taste.

Make a healthy version of a classic: Pasta salad 2.0

July is here and it is the month of fireworks, freedom and lots of delicious picnic food. Whether you are ... 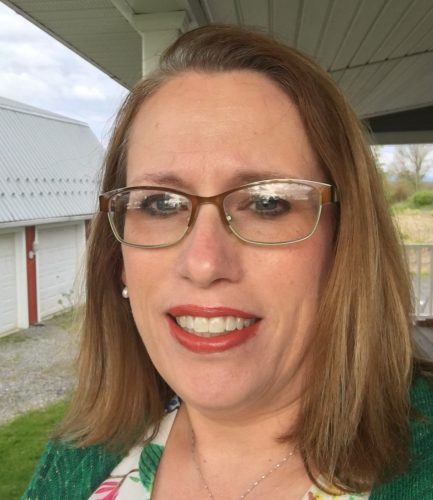 We are in the season of summer and here are light and easy lunch, dinner and dessert recipes for this time of year. ... 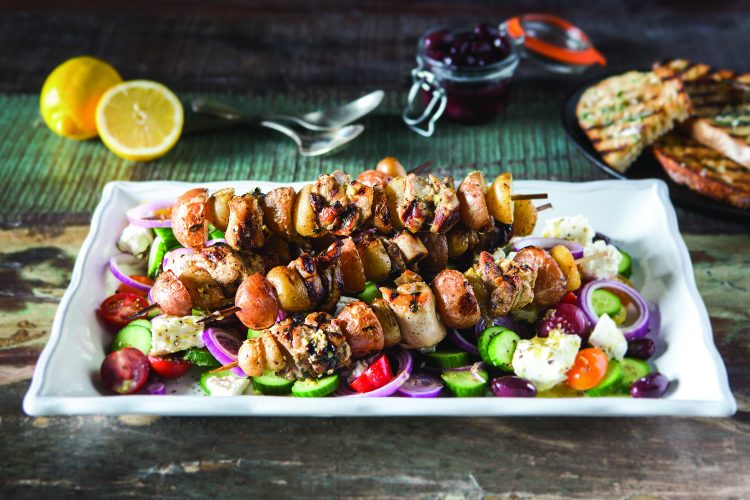 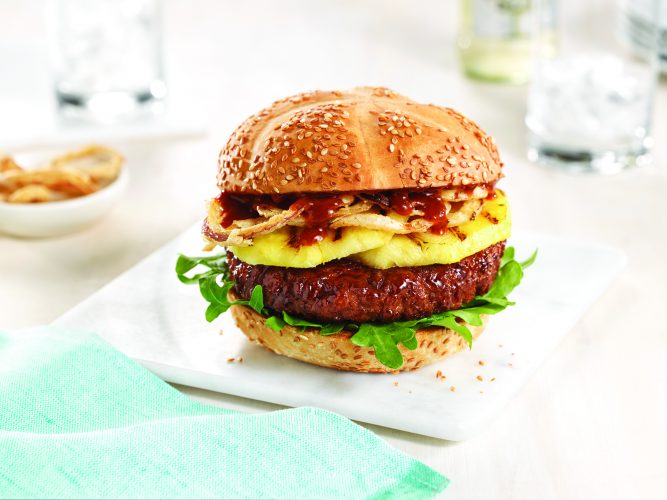 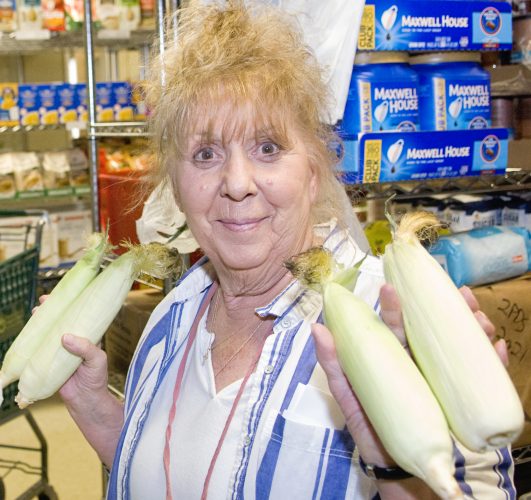