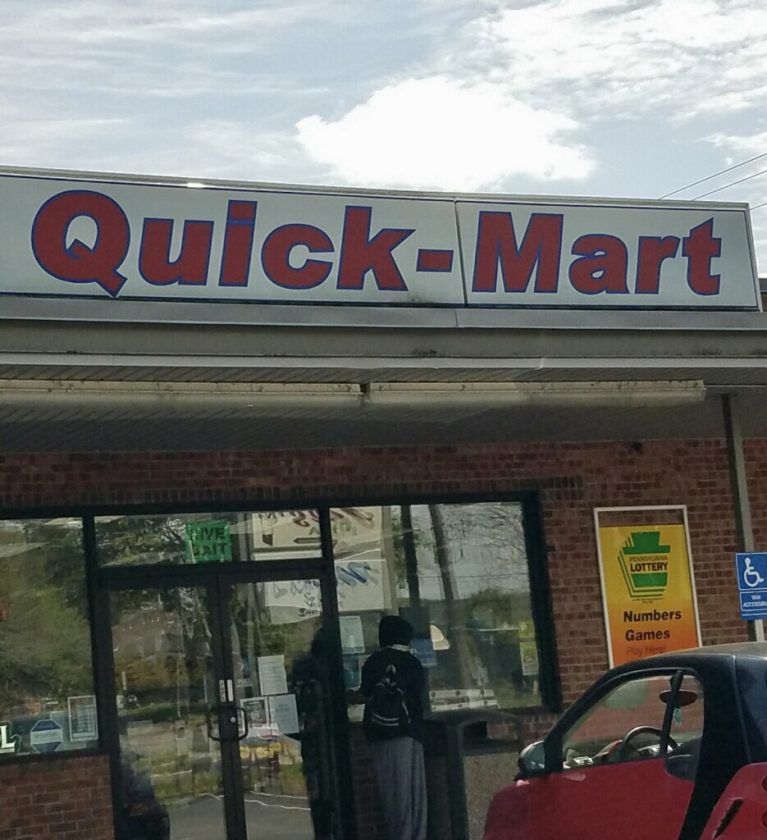 Tajhea Shuler, 19, of 1735 Four Mile Drive has been arrested on charges of allegedly stabbing a clerk Sunday night at the Quick Mart, 1810 Northway Road, (above) in Loyalsock Township, state police said.

The clerk was stabbed “with a large kitchen knife in the neck-chest,” and taken to UPMC Williamsport.

The victim and assailant did not know one another, police said.

Police suspect Shuler allegedly stabbed the woman because she asked him to leave the store because he was “pacing about” but not buying anything.

Soon after the stabbing, Shuler was arrested at his apartment, police said.

A knife with blood on it was recovered on Four Mile Drive, police said.

Shuler was committed to the Lycoming County in lieu of $100,000 bail. The SG will have more on this developing story in Tuesday’s edition/ph