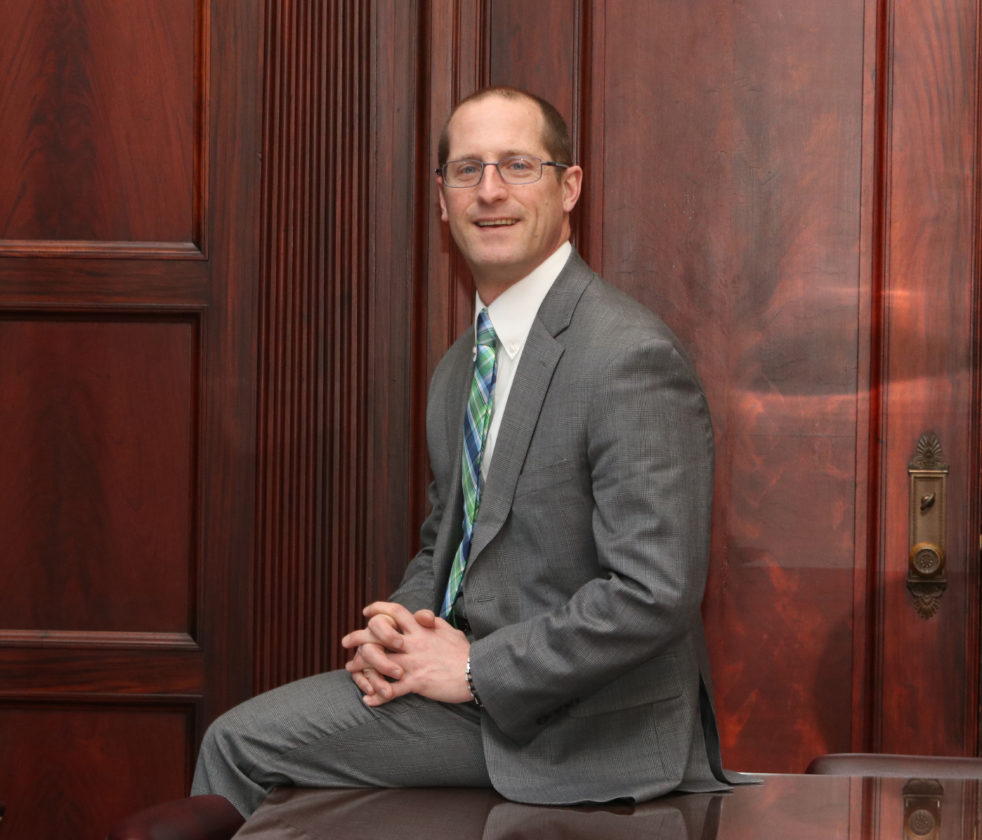 As Vincent J. Matteo exited office as president of the Williamsport/Lycoming Chamber of Commerce at the turn of the year, Jason C. Fink, long-time associate and second-in-command of Matteo, was chosen by the board out of a diverse 34 applicants from both Lycoming County and abroad.

Fink, who has been vice president of the chamber since 2001, started in 1996 and has been credited with starting the Grand Slam Parade and bringing the Drum Corps Associates World Championship to Williamsport.

“Mr. Fink has been a dedicated and outstanding professional on our staff at the chamber for over 20 years and has certainly earned this appointment,” Mike Gaetano, chairman of the board, said.

Chief among Fink’s concerns entering the position is Lycoming County’s population, which has shown a 2-percent drop in five years from 116,111 to 113,841- according to The United States Census Bureau estimates.

“We have generational population that’s getting ready to retire and the challenge is we don’t have the bodies, the skill, of people in the community to be able to take on those jobs,” Fink said. “That’s not only a challenge for business, that’s a challenge for municipalities, school districts and the county itself.”

Fink said these public organizations primarily rely on property taxes, which may dry to some degree when there are less people dwelling in the county’s residential structures.

“What we’re seeing and what we’re looking at is being able to put together a strategy with those partners who are seeing that need and seeing and understanding these issues and seeing how they are going to affect our community,” he said.

By bringing businesses, colleges, school districts and local governments together, Fink said he wants to “put together the case as to why this is an attractive

place for that 20-something, that 30-something that is choosing to reside elsewhere. To let them know that this is a good place to be able to get your career started, to eventually have a family.”

Many companies have positions available for blue and white collar positions, said Fink.

“It’s not traditional industry you’re thinking of,” Fink said. “If you get out into these companies, you get to see the type of technology that they’re employing. These young individuals are finding that there are a lot of challenging opportunities found in the local workforce.”

Fink will draw on his time as marketing director with the chamber to reach out to people abroad. “But we also need to put that message together with our local message and our youth, to get them excited about coming home,” he said.

And there is much to be excited about. Williamsport boasts many large-city amenities while also being at the cusp of the great Pennsylvania wilderness.

“One of the things that I always kind of jokingly point to is ‘look at how many Lyfts and Uber drivers we have here in our market,’ “ said Fink. “If you don’t want to drive, we understand that. It’s one of the attractions of going into a large urban center.”

“It’s all here,” he said. “Any pallet could be pretty much appeased by what we have.”

“This is a very caring community, and form that aspect of it, there’s a lot of non-profits that are able to provide those outlets from people who still want to be engaged, who are older and obviously those are for anybody,” he said.

Of course, anyone wanting to make an impact can participate in the many volunteer opportunities in Williamsport.

“I’m looking forward to being able to work with folks to improve this place where we live, because we all have a vested interest from that aspect of it. We all have whatever drives us from our own personal lives to make this a great place to live,” he said.