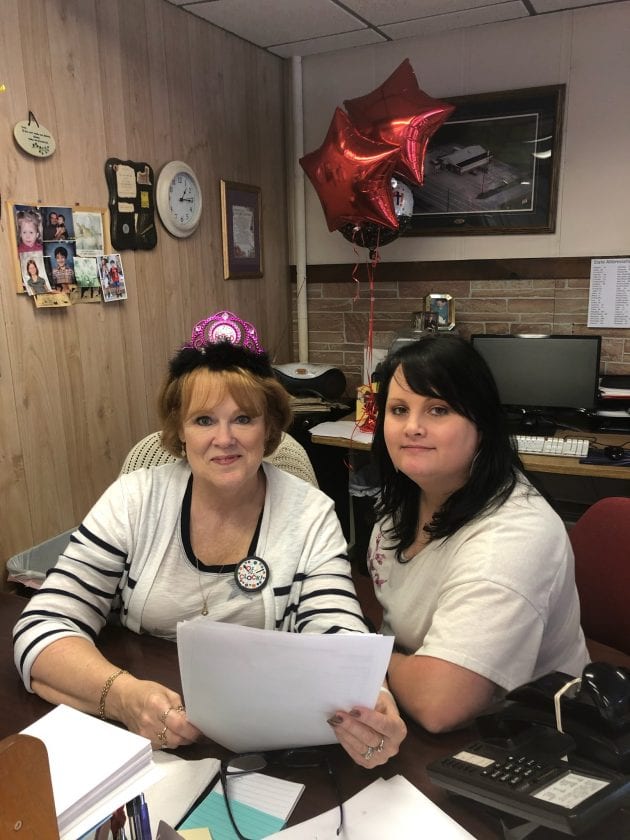 HUGHESVILLE – A change in leadership has taken place at sister publications, the East Lycoming Shopper and News and Muncy Luminary.

Sharon Dapp, who has worked in the newspaper industry for 34 years — spending 19 of those years with the East Lycoming Shopper and News — has semi-retired and handed management responsibilities for both publications to Kay Wallis.

Staff held a luncheon on July 11 in Dapp’s honor at the Shopper-Luminary office along Route 405 in Wolf Township.

Dapp, who lives with her husband, Andrew, in Fairfield Township, said she truly will miss the daily atmosphere at the publications and still hopes to see many of the people she has worked with during her career.

She said she is looking forward to spending more time with her family, including her children and grandchildren.

Dapp will be working part time hours for a few days each week.

Wallis, the lead advertising sales representative for both publications, takes on the additional role as publications’ manager, announced Bob Rolley, publisher of the Williamsport Sun-Gazette, which oversees both the Shopper and Luminary. Dapp previously worked in sales at the Sun-Gazette.

“Sharon has accomplished so much in her career and her leadership has helped to make the Shopper and Luminary such great assets in the communities they serve,” Rolley said. “We wish her all the best and, of course, are grateful for her continued work with us.”

Wallis has spent the last 11 years in sales and customer service at the publications.

Besides her sales duties, she will now oversee daily office operations.

Wallis is a 1998 graduate of Hughesville Area High School and has been with the East Lycoming Shopper and Luminary since April, 2008.

She and her husband, Duane, reside in Hughesville.

“Kay has outstanding work ethic and we’re so excited as she steps up to take these two vital publications, their websites and social media pages into the future,” said Rolley.