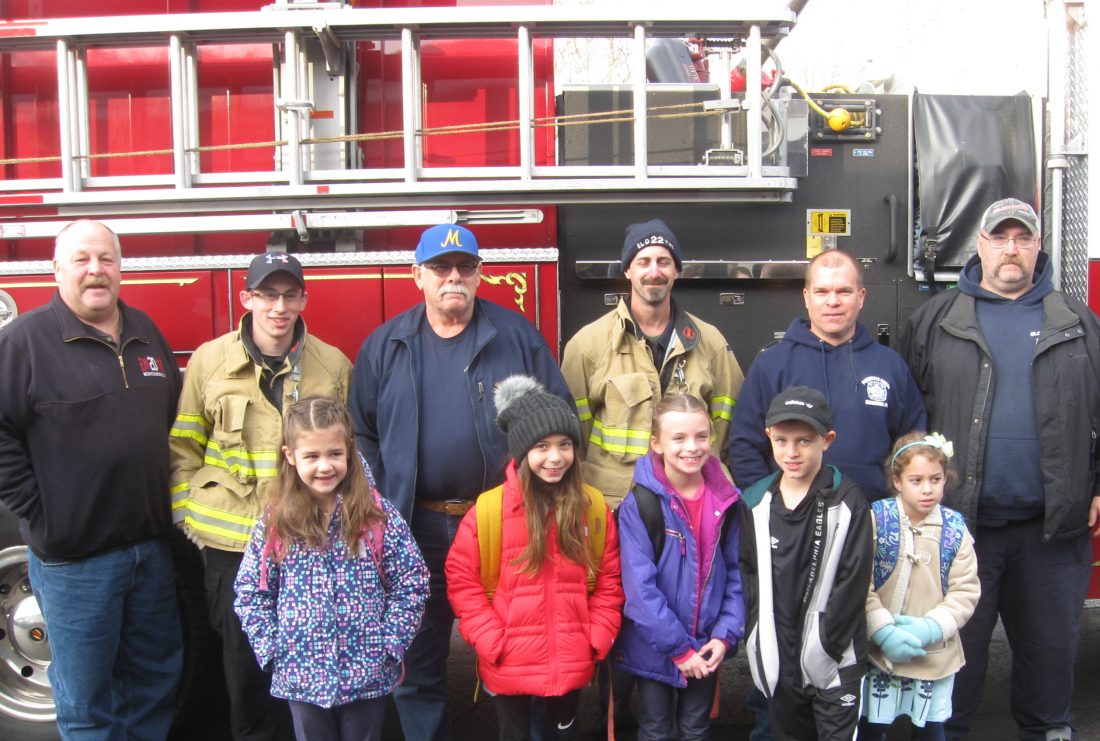 It was just after 8:30 a.m. in late November as students from all grades at the Loyalsock Valley Elementary School, in the Montoursville Area School District, stood outside the building and applauded arriving fire trucks as their lights flashed and sirens blared.

When the rescue vehicles came to a stop, not only did volunteer firefighters climb out, but five fellow Loyalsock Valley Elementary students climbed out with them. This quintet of children were given this opportunity because they won an essay contest associated with fire safety.

According to school principal Dr. Amy Breon, the essays dealt with escape plans, safety, what the student learned during fire safety week and the importance of preparing for emergencies. The entries were picked by firefighters from the local departments. Breon confirmed student names were not on the entries to keep the judging unbiased.

She said that contests like this encourage civic participation.

“We believe in preparing our students to be part of the community,” Breon said.

She also said that many of the kids have family members who are part of the volunteer fire departments.

“We have many students who often talk about serving in the fire department when they are older,” Breon added.

Rose Larsen-Mumbauer, mother of second-grade winner Hunter, said he often talks of his respect of the men and women serving in fire departments, police and the military. Kevin Mumbauer, Hunter’s father, added he was “extremely proud of him.”

“This was something he did not have to do, but he put his mind to it and he did it,” Kevin Mumbauer said.

Francesca Weaver, mother of first-grader Rosalia, said this type of activity would foster an understanding between students and members of the fire department. She was happy her daughter played a part in it.

“We couldn’t be prouder,” Francesca said.

Maryanne Manotti, the mother of March Manotti, said she was incredibly thrilled of her daughter’s accomplishment.

“This is pretty cool, I must admit,” she said.

Firefighter Scott Konkle said that activities like this show what happens when agencies of a district cooperate. He said everyone benefits.

“This allows kids to see first-hand how firefighters serve the community and it shows what first responders and school districts working together can do,” Konkle said.