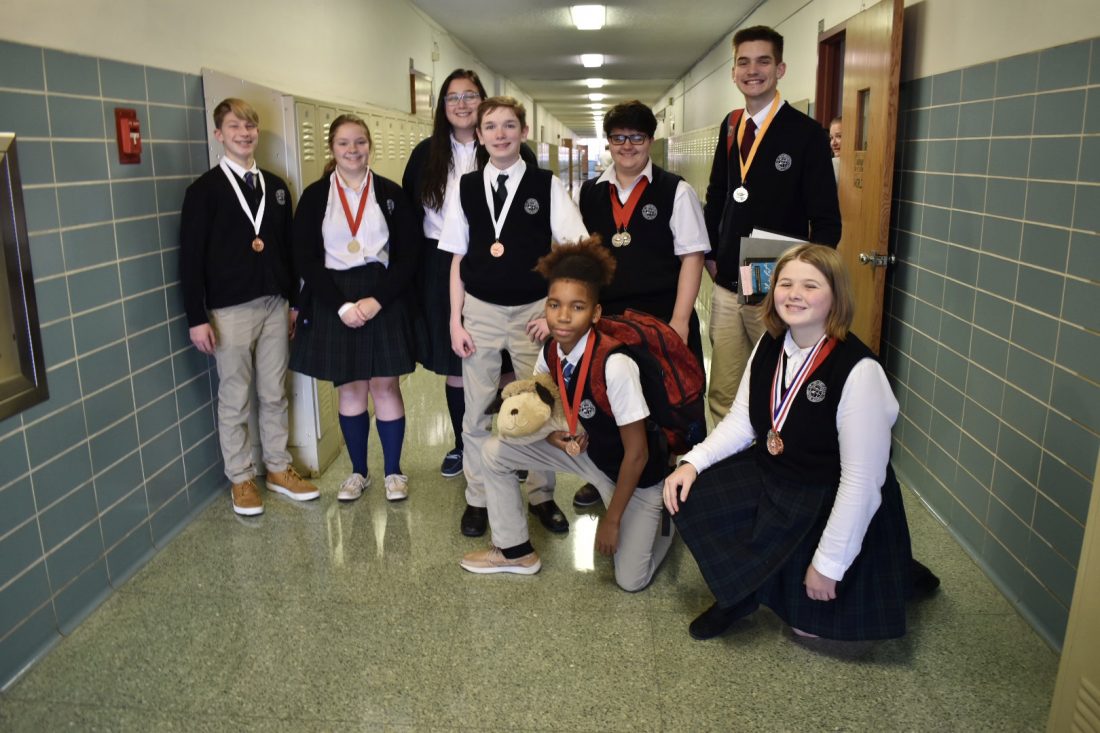 The U.S. Academic Decathlon is a nonprofit formed to “inspire students to work together to learn more than they ever thought possible,” according to its website.

Students earning medals were from the honors and varsity levels, distinguished by their academic grade point averages.

Bartholomew was proud of her students’ performance as they were down three teammates from their original roster.

“There were only three teams in the competition that earned more medals,” the coach said, and those competitors had all gone on to the state championship the year before.

Bartholomew, in her fourth year as coach, said she “learned on the job” and “fell in love with it.” Of her students, she said, “these are my people. They intentionally learn new things and are competitive.”

Another scrimmage is slated to be held in January, with the state contest the end goal for all the competitors.

Senior Victoria Edkin, who has competed in the academic decathlon at St. John Neumann since she was a freshman, noted that with experience “every year gets easier.”

Honors: Silver medals in art and social science and a bronze in literature.