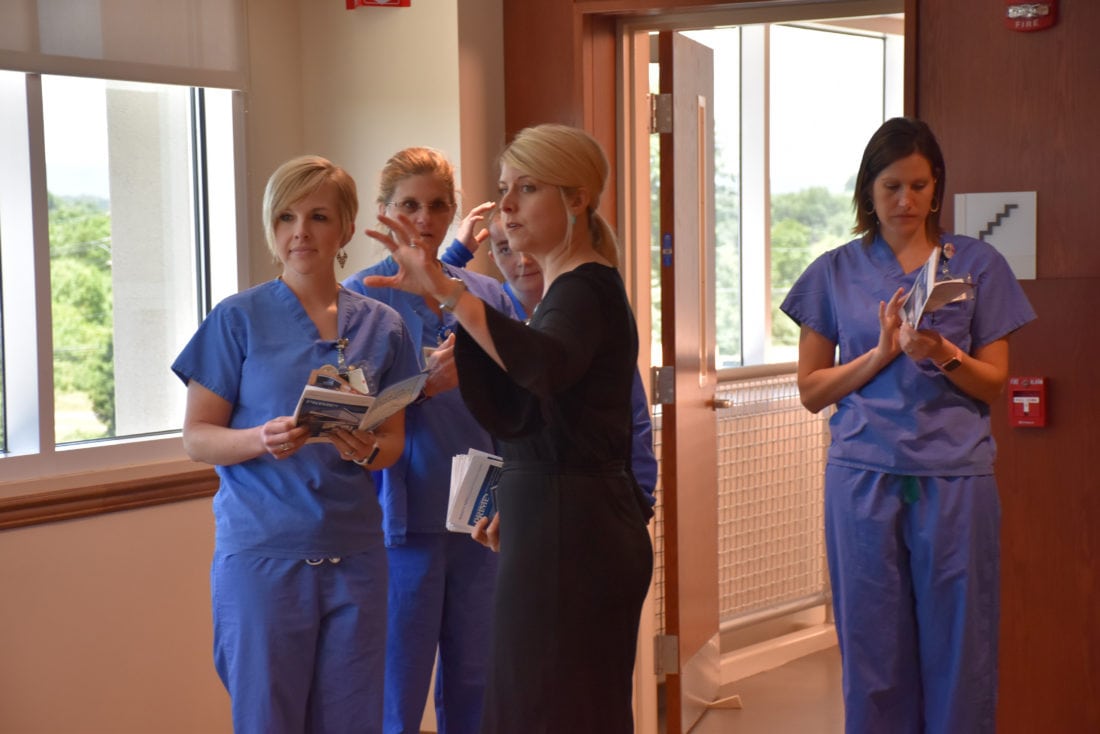 PHOTO PROVIDED The Evangelical Community Hospital in Lewisburg will open the doors of its newly renovated Center for Orthopedics to patients on Monday. The center is on the second and third floors of the surgical center and is enhanced with new digital X-ray equipment. Above, Evangelical staff tour the renovated facility during an open house Thursday.

LEWISBURG — The Center for Orthopedics at Evangelical Community Hospital, Lewisburg, was unveiled Thursday with tours for community members and employees, said Linda Thoms, director of surgical services for the Evangelical Medical Services Organization.

The new space, on the second and third floors of the surgical center, offers comprehensive orthopedic services “from the chin down,” including total hip, knee and shoulder replacements, fracture care, sports medicine, osteoarthritis treatment and spine care, Thoms said. The services offered in the old space still are available.

“There’s just a little more room,” she said. “And we have new X-ray equipment that is digital. Much sharper, clearer pictures.”

The third floor offers more than 13,000 square feet comprising 28 examination rooms, intake and other space dedicated to patients, while part of the second floor lends itself to provider and staff functions, she said. There are two X-ray examination rooms, one of which is specially designed for taking X-rays of the spine.

Diagnostic monitors and other technology placed directly in patients’ rooms allows staff to go more in depth when explaining to a patient what is going on and what needs to be done.

“Patient education is greatly enhanced with the ability to view the X-rays with the patient,” Thoms said. “That’s another thing that we’re very proud to have changed.”

Another benefit of the center is that it’s directly on Evangelical’s campus, so any need to be seen at the hospital can be met immediately, Thoms added.

“Rather than having to travel between practices, they’re literally on the same campus,” she said. “This was a unique opportunity to, rather than make a facility fit our patients’ care and needs, this was the ability to start from the ground up and construct the building centered all around our patients.”

The renovations were a budgeted item for Evangelical, costing somewhere in the $5 million range, Thoms said.

“We’re right on target to meet budget,” she said, adding the need for orthopedic services is growing. “It’s not slowing down, so it’s a wise investment as our population ages.”

She added the staff was “integral” in creating the center’s design.

“They’re the ones who live it and work it, so they had high input,” Thoms said. “We try not to make them just a number in our system.”

The center is expected to start taking patients on June 25.

The new center isn’t the end of Evangelical’s string of upgrades, however.

A new project starting this summer will include a nearly 112,000-square-foot, four-story addition with about 20,000 square feet of renovated existing space will create private rooms and bathrooms in an effort called PRIME — Patient Room Improvement Modernization and Enhancement, said Deanna Hollenbach, public relations and communications manager for the hospital.

The endeavor is expected to cost around $72 million and take over two years to complete, she said.

“While the expansion will not change the hospital’s bed count, it will positively impact Evangelical’s care delivery and improve the patient experience,” Hollenbach said. 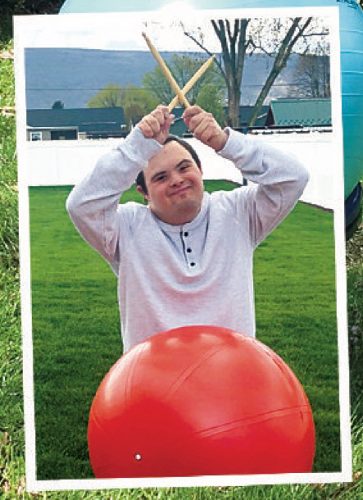