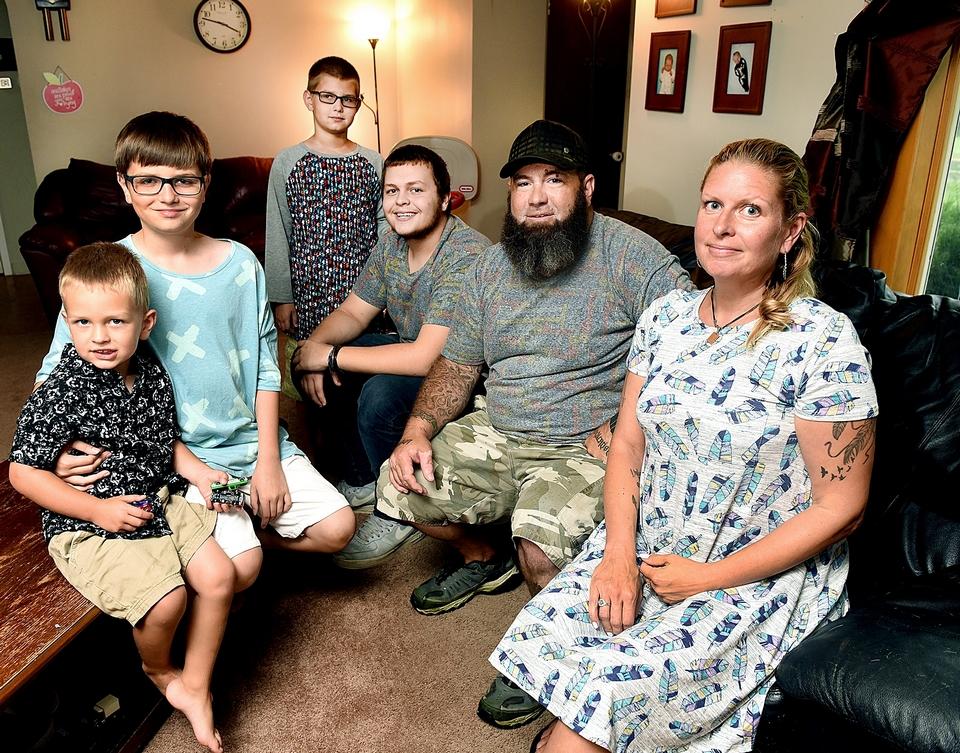 ALLENTOWN (AP) — What comes to mind when you think of Parkinson’s disease?

Many people know an older friend or relative who was diagnosed with Parkinson’s, and it’s no surprise — according to Medical News Today, 1 million adults in America live with Parkinson’s, and about 10 million people worldwide have the disorder. The diagnosis is frequently associated with specific symptoms, such as a tremor, and with high-profile patients, such as Michael J. Fox and Alan Alda.

Not every Parkinson’s patient, however, has the classic symptoms, and many aren’t the expected age. When Parkinson’s is diagnosed in a patient younger than 50, it’s considered young-onset, which brings its own unique set of challenges — not the least of which is getting the correct diagnosis in the first place.

According to the American Parkinson Disease Association, 10 percent to 20 percent of Parkinson’s patients are young-onset. For many people, that number is much more than a statistic.

Kristin Ognjanovac, now 40, is an Allentown resident who defies every Parkinson’s stereotype. She was diagnosed six years ago at 34. Of all her symptoms, the classic tremor is the least prominent. And she’s still raising her four sons, all between the ages of four and 19, two of which are on the autism spectrum. (She even became pregnant with the youngest after her diagnosis, though she called the pregnancy very similar to her previous three.)

“It pretty much started out with simple things that a lot of people have,” Ognjanovac said. She had chalked up her rising anxiety and insomnia to stress. “But then I started feeling like an invisible ghost was pushing me forward. I was getting dizzy spells … I felt like I was being pushed forward or I was completely frozen. There was no in between.”

One day, while buying flowers at Lowe’s, Ognjanovac found herself unable to lift her feet in the store. That incident frightened her enough that she called her first neurologist. Over the following year, Ognjanovac would see several additional neurologists before confirming the Parkinson’s diagnosis, ultimately choosing Dr. Nancy L. Diaz — a movement disorder specialist at St. Luke’s Hospital who practices in Quakertown, Allentown and Bethlehem — as her ongoing partner in fighting the disease.

“For a younger patient, a lot of times there’s a delay in their diagnosis,” Diaz said. Her youngest Parkinson’s patient was 28 at diagnosis. “They may develop symptoms like shoulder pain, or while they’re running, their foot feels awkward, so they’ll see other doctors first, and commonly come to someone like me maybe a year or two into their symptoms because they become worse, and

someone is finally thinking about Parkinson’s disease or another neurological disorder.”

Mary Jane Barr-Silk, a speech therapist at Doylestown Hospital, runs a support group for Parkinson’s patients, in which she says many of the symptoms are far from stereotypical. “In particular with my area, the swallowing and speech can be quite affected,” she said. “A certain percentage of people also have cognitive issues … memory, reasoning, higher-level cognitive skills.”

Doctors are still trying to determine the cause of Parkinson’s disease. There isn’t a definitive test to confirm the diagnosis, but if symptoms are present and a DAT scan (a specialized CAT scan) reveals a lack of dopamine in the brain, that’s enough for a doctor to presume Parkinson’s. If a patient responds to Parkinson’s medication, that confirms the presumption.

The lack of dopamine leads to Parkinson’s hallmark tremors and muscle rigidity, but it also can cause a vast array of less recognized symptoms that are equally frustrating for patients.

“Especially with younger patients,” Diaz said, “they may develop depression, anxiety, sleep disturbances, restless leg, things like that, early on, and then start developing more of the highly recognized motor symptoms later.”

In Ognjanovac’s case, she hardly ever experiences the expected tremor unless she’s especially upset or anxious, which can aggravate symptoms. On the other hand, she’s experienced everything from neck pain to stomach cramps to losing her sense of smell, none of which the average person would associate with Parkinson’s disease, but all of which are related.

The only predictable symptom in Parkinson’s is its unpredictability.

“I’m either a sloth or a roadrunner,” Ognjanovac said. “Our body now dictates when we can and cannot do things.”

Since intense exercise is one of the best ways to manage Parkinson’s symptoms, Ognjanovac takes advantage of every opportunity her body affords to stay moving. “My oldest son is like, ‘Why are you cleaning the floors at 3 in the morning?’ I’m like, ‘A: I can’t sleep. And B: I can move!’ “

The primary Parkinson’s medications — levodopa and carbidopa — can have side effects after long-term use, such as dyskinesia, or involuntary muscle movements, often visible in Michael J. Fox. Since young-onset patients are likely to be on medication long into the future, they try to limit their medications while still managing their symptoms.

Medication can be further limited through what’s called the Deep Brain Stimulation procedure, which involves placing an implant in the brain that sends electronic signals to control symptoms. While it may sound invasive, it can actually be performed while the patient is awake, and it makes a profound difference in controlling symptoms without excessive (or any) medication, according to doctors.

In addition, according to Diaz, “Dystonia, or posture issues, is much more common in young onset Parkinson’s; they’ll develop a posturing of a muscle, so when they’re walking their foot might cramp into tiptoeing, or a stiff shoulder from not moving their arm as much when they walk.”

For many young-onset patients, however, the biggest challenge isn’t the long road to a diagnosis, the symptoms, or the side-effects of medication — it’s the reactions of friends and strangers alike who don’t know how to respond to young people with Parkinson’s. It’s difficult to explain, for example, when symptoms become apparent at a birthday party for one of her children’s friends.

“They don’t understand how quickly — in my case, maybe 15 minutes after I take medication, my meds kick in,” Ognjanovac said. “I’ll be parked in a handicapped spot at the grocery store and there’s been times when I need one of those electronic wheelchairs, and then half an hour later, my meds kick in, and I don’t need it anymore, so people think that you’re faking, especially because you look young.”

Despite lack of understanding, there are many resources (both local and online) for young-onset Parkinson’s patients. Ognjanovac attends at support group at St. Luke’s, where she’s admittedly among the youngest but nevertheless not alone. She’s in several online support groups, both through Facebook and the national Parkinson’s Foundation.

For more resources, Parkinson’s patients are encouraged to contact their local hospitals to ask about support groups, physical therapy programs and more.

Asked what she might say to a newly diagnosed young-onset Parkinson’s patient, Diaz said, “Patients that withdraw, especially if they don’t have a support system at home, can have a quicker progression than someone who’s sharing with others and trying to live with Parkinson’s. You can live the rest of your life with Parkinson’s. You have to stay educated about it, see your doctors, form a plan, stay active, and take a different point of view.”

Ognjanovac admitted to fearing the future, but said she chooses to appreciate the little moments of the present: walking her hyperactive dog, fishing with her children, and visiting Dorney Park so often that her sons have started to complain.

“Life is worth living, not existing,” she said. “There is support out there. You’re not alone.” 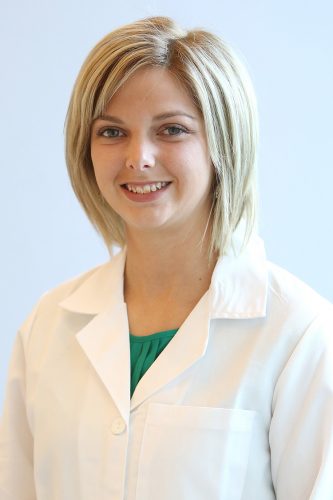 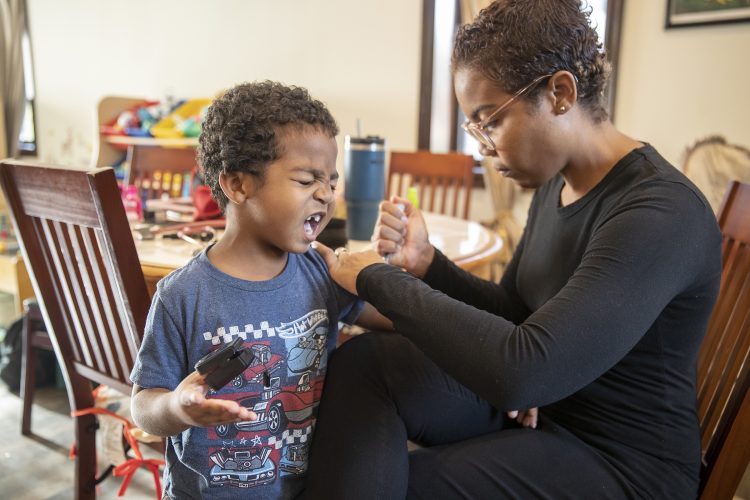