Show Your ‘Irish’: but beware the green 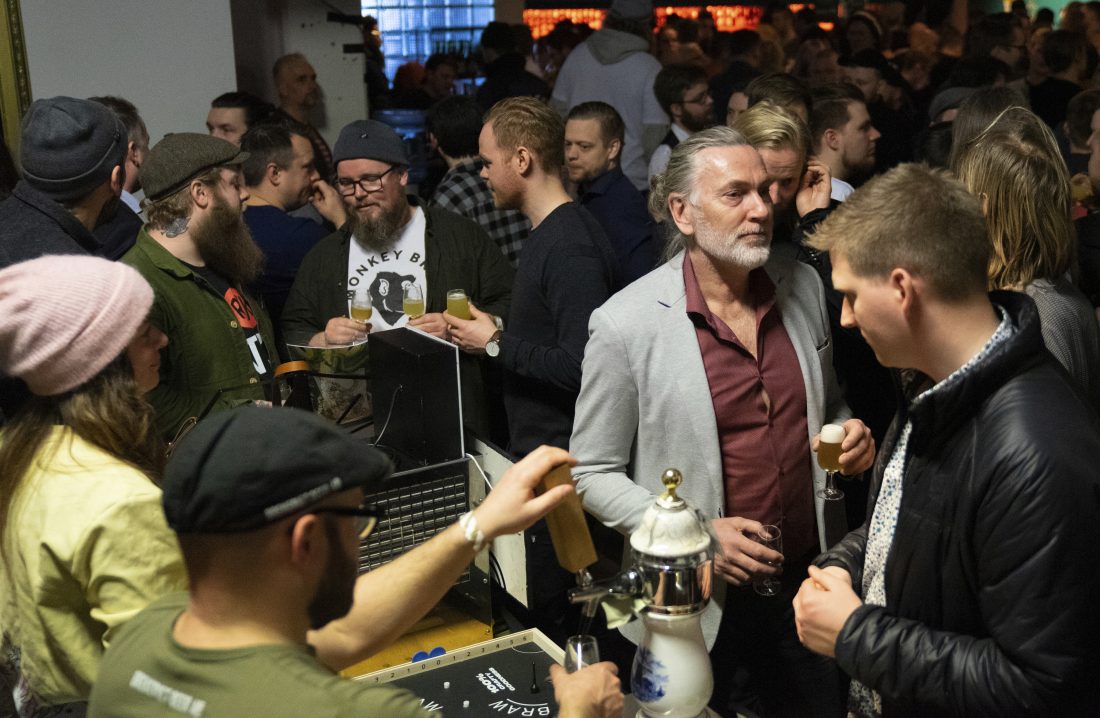 In this photo taken on Saturday, Feb. 23, 2019, People gather to drink beer at a craft beer festival in Reykjavik. Icelanders are celebrating the end, three decades ago, of a sobering dry spell in their country’s history. On Friday, March 1 the country toasts the anniversary of the lifting of a decades-long ban on beer with _ what else? _ a nationwide Beer Day. (AP Photo/Egill Bjarnason)

As many prepare to let loose their inner Irishmen and women in celebration of St. Patrick’s Day, community health care professionals remind those in search of a good time that it’s possible to be safe and still enjoy a few adult beverages.

“People will always want to drink and have fun, but there are ways to do it responsibly,” said Dr. Ronen Elefant, medical director of UPMC Susquehanna’s trauma program.

The best thing to do before joining in on any celebration that involves alcohol is to have a plan of action, agree Elefant and William Poray, director of outpatient programs at Geisinger Marworth Treatment Center.

“I think there is such a thing as responsible drinking,” Poray said. “Rather than suggesting that people not drink, there are certainly some things to consider before engaging in that behavior.”

People who plan to drive, who are taking medications or who have illnesses that could be negatively affected by alcohol, or women who are pregnant should not be drinking, he prefaced.

Others can make the process more safe by securing a designated driver, be part of a group of friends and balance their alcohol with food and water, Poray and Elefant said.

“The best thing to do is to appoint somebody beforehand as a designated driver. Stick with a plan and do not let that person drink,” Elefant said. “In order to reduce the effects, balancing drinks with a glass of water is a good idea.”

Enjoy drinks with a group of friends and hold each other accountable, he said.

“It’s important to have some kind of a game plan, whether it be St. Patrick’s Day or a wedding party. Stick with a group you’re familiar and comfortable with,” Poray echoed. “Because alcohol gets absorbed by food, certainly consider not drinking on an empty stomach.”

Poray cited the National Institute on Alcohol Abuse and Alcoholism, recommending that people follow the 14/4 and 7/3 rules.

“It’s important to identify what constitutes ‘a drink,'” he said.

The institute states the following amounts of varying beverages contain approximately the same amount of alcohol and count as “one U.S. standard” drink: a 12 ounce can of beer, 8 to 9 ounces of malt liquor, 5 ounces of table wine, 3 to 4 ounces of fortified wine, such as sherry or port, 2 to 3 ounces of cordial, liqueur or aperitif, 1.5 ounces of brandy or cognac, and a 1.5 ounce “shot” of 80-proof distilled spirits.

Isolated incidents of going beyond the recommended limits doesn’t necessarily mean someone has a drinking problem, Poray said; however, he encourages people to stay within those ranges when they drink in the future – especially young adults up to age 30.

“They tend to believe, ‘Well, I’m going to be able to control my drinking,’ but that can go by the wayside,” Poray said.

Working for the acute care team, Elefant often sees the results of people taking a fun activity too far.

“We see a lot of traumas related to drinking,” he said. “We definitely see a rise in patients who come in through the emergency department during major holidays or on Super Bowl Sunday.”

Although people who are impaired by alcohol can get hurt in all sorts of ways, such as falling from bar stools, getting into fights or merely tripping on the sidewalk, many of Elefant’s patients are injured in drunken driving accidents, he said.

“It hurts me to see that,” he said. “It’s people not just being responsible for themselves, but putting innocent people in danger.”