BUCKINGHAM (AP) — Marion T. Lane is already a member of the National Society of the Daughters of the American Revolution. The plaques and certificates adorning the walls of her Buckingham home, as well as the pins she wears, are testimonials.

Two of her African American ancestors were patriots: one, Isaac Brown, served as a sergeant at Valley Forge; another, Abraham Brown, provided beef to Revolutionary forces in Virginia.

Now, this year, as the world commemorates the 400th anniversary of the first “Twenty and Odd Negroes” brought to Point Comfort, Va., in August 1619, Lane is laying claim to another ancestor: Margarita, one of the first documented Africans brought here in a circuitous journey on the English ship White Lion.

Whether Lane can prove she is a descendant of Margarita — and some genealogists have raised doubts — discussion around the 400th anniversary of the “African Landing” may be changing old narratives of how the history of slavery, and race, is told.

For instance, did the early colonists treat the Angolans as slaves or as indentured servants, because there was not yet a system of permanent lifetime slavery here until 1662? Were they simple laborers, or were the skills they brought integral to the colonies’ survival? Were they already versed in organized, political systems? Were they baptized? As for their journey, those captured in Angola were originally bound for Mexico where slavery had been entrenched since about 1502. But English privateers — essentially, legal pirates — seized them and brought them to the colonies to trade for supplies.

Perhaps even more surprising, genealogical research is showing the African Landing is not just the origin story for black America, but for some white Americans, too.

Historians describe the 40-year period before slavery: There were white and black servants — white people on average had seven- to 10-year work contracts. Black people did not have contracts, but were sometimes given freedom after 10 to 20 years.

“We don’t have the precise language for that period between 1619 and 1662,” said Andre Kearns, a marketing director in Washington, D.C., who is researching his own family history in early Virginia. “Not only was slavery being constructed, but race was being constructed in support of that business model of slavery.”

Calvin Pearson, whose Project 1619 Inc. organization advocated for a more accurate telling of where the first Africans landed in Virginia, said, “We refer to them as enslaved Africans who had the opportunity for freedom prior to 1661.”

In 2015, the Virginia Department of Historic Resources revised a historic marker to note the first Africans were brought to Point Comfort — now Fort Monroe in Hampton — and not Jamestown, a narrative that had existed for nearly 400 years. What was the reason it remained Jamestown for so long?

“The Jamestown false narrative was due to economic tourism,” said Pearson, “and they were unwilling to give up that share of the tourism until Barack Obama officially declared Fort Monroe the official landing site.”

And, noted Pearson, calling it the African “landing” is important because it was not “an arrival. Arrival shows an intended destination, like a train or plane… It was an unintentional landing of the first Africans who were captured by pirates at sea.”

Also not part of the original narrative: The Angolans “brought useful skills that the early English man needed to survive,” according to the National Park Service. “They were skilled farmers, herders, blacksmiths and artisans.”

In Tim Hashaw’s 2007 book, The Birth of Black America: The First African Americans and the Pursuit of Freedom in Jamestown, he writes about how some of those early arrivals had been baptized, as they had been interacting and trading with the Portuguese for centuries. On the White Lion was Isabella, Antonio, Antoney, Mary, and John, and, on a second ship, the Treasurer, was a woman records show as “Angelo,” although most historians now call her Angela.

White people, including Hashaw, have also discovered their genealogy traces back to 1619.

Take the story of John Punch, the black servant Virginia courts sentenced to lifetime servitude in 1640. He is linked to former President Barack Obama, say genealogists. However, this link to slavery is not from his black, Kenyan father — but through Obama’s white mother, Stanley Ann Dunham, according to a team from Ancestry.com.

Paul Heinegg, a retired engineer whose years of genealogical research resulted in the award-winning books Free African Americans of North Carolina, South Carolina and Virginia and Free African Americans of Maryland and Delaware, has found evidence that most free, biracial families resulted from a relationship between a white woman and African man, and not from a white, male master and African slave. In some cases, their descendants continued marrying whites until their children eventually were considered white.

Lane, 70, is a retired educator and children’s book author with a doctorate in education from Temple University and a post-doctoral degree from the University of London. She grew up in West Philadelphia and considers herself “triracial,” a blending of African, European and Native ancestry.

“We range in color from vanilla, like me, to cinnamon brown and dark chocolate. All in one family,” Lane said.

Her father, John E. James, 98, who worked at the U.S. Postal Service after returning home from World War II, used to tell his children they had “grandfathers” who fought in the Civil War and the Revolutionary War.

“I didn’t believe him,” she said. After all, school hadn’t taught her that black people were part of that history. But one day in February 2006, she and her father saw Harvard professor Henry Louis Gates on his PBS program The African Americans, talking about her family. There was “one of our cousins singing in the choir” of Elam Baptist Church in Charles City County, Va. The church had been founded by one of her Brown ancestors.

By October that year, Lane was accepted in the Daughters of the American Revolution.

Some genealogists have raised doubts about whether Lane’s research proves she descends from those first captives.

Heinegg reviewed a paper Lane compiled with Constance R. Cole, a genealogist based in State College. He said he doesn’t believe they have made a case to connect Lane to one of the women on the White Lion.

“Knowing something from family history, that’s not genealogy, you’ve got to go back and prove it,” Heinegg said.

Lane says her oral family tradition has always linked her father’s family to Anderson Cumbo, who was born about 1775.

Now Lane and Cole believe Cumbo is a descendant of Emanuell Cambow , who they assert was Margarita’s son. Andre Kearns, who created a Cumbo Family website, also doesn’t think Lane has enough proof.

“Definitive proof is going to be almost impossible to get,” Cole said. Because Lane’s ancestral line to Cumbo comes through Lane’s father’s mother, it would be impossible to use YDNA, the genealogical tool that matches ancestry through fathers and sons, she said. Cole also noted that the Tucker family of Hampton, Va., may be the only African American family with documentation showing they are descended from the White Lion.

Cole said criticism of her research was a matter of protecting the status quo. When new historical information comes forth, she said historians and genealogists who have written books supporting one narrative are hesitant to accept anything that “upends the apple cart.”

“If we continue to settle for these canned responses from historians and accept it all blindly as true, we do nothing to bring the history from obscurity to the light,” Cole said. “We meet with resistance and opposition in identification of African Americans in history.” 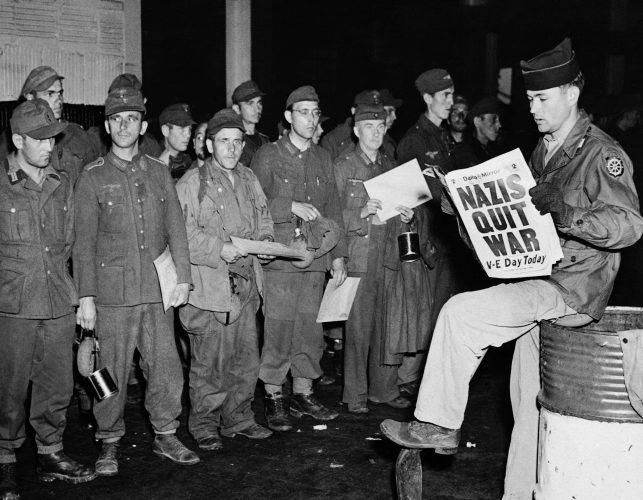