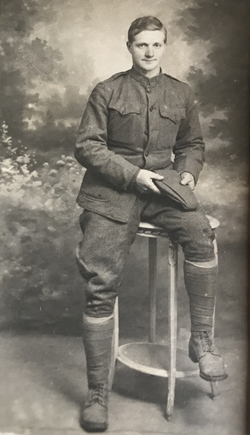 MUNCY — Reader Alice Hilkert of Muncy reached out to share that her father, Harry Wilbur Snyder, was one of the Muncy World War I soldiers who received a victory medal from the Muncy American Legion, as featured on the March 27 History page.

Her father, Harry W. Snyder, served in the 28th Division, 103rd Engineers, the same division as Brady Snyder whose medal is in the possession of the Muncy Historical Society and was featured as the Sun-Gazette’s Artifact of the Week.

Besides her father’s victory medal, Hilkert has the original newspaper clipping announcing the arrival home from the war of four Muncy soldiers. In addition to her father, they were Ralph S. Houseknecht, Hobart F. Hopkins and Brady Snyder. Brady went on to be the founder and post commander of the American Legion here. The men came home on the U.S.S. Finland and arrived at Newport News, Virginia, on May 1, 1919, the newspaper article said.

The orginal draft notice letter directed her father to report to the Local Board for Division No. 2 at the Court House in Williamsport at 4 p.m. Friday, Oct. 5, 1917. The letter also states he was to report at Williamsport so that he would be near the railroad station for entrainment. The letter was dated Oct. 1, 1917.

Hilkert also shared the compass her father was issued, a rendering of the U.S.S. Finland, as well as photos of her father in uniform. 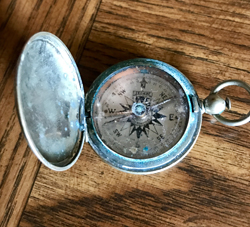 A homecoming celebration was held June 28, 1919, in Muncy for soliders of the war. The celebration featured a parade, public meeting, a banquet for returned men, a band concert and a public street dance. 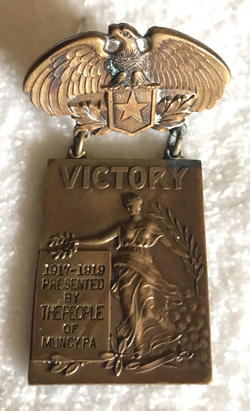