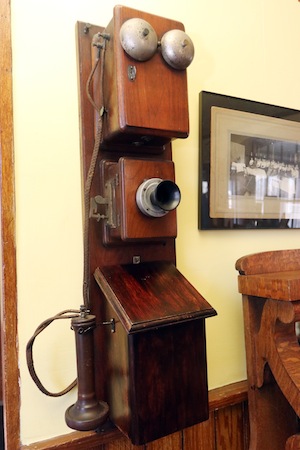 This phone is believed to be the first telephone installed in Montoursville in 1910. The phone came from the Peter’s Meat Processing Co. at North Loyalsock Avenue and Peters Alley. Around 1930, Peter’s Meat relocated to Loyalsock Township.

The first phone company in Montoursville was the American Union Telephone Co. of Pennsylvania, which was incorporated in 1906 in Harrisburg. The local office was located on the second floor of the brick building on the northwest corner of Broad Street and Loyalsock Avenue.