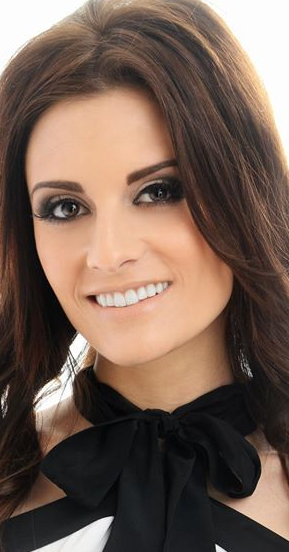 Life at a drilling site is difficult. The hours are long, the work is hard and a person can develop a pretty good appetite during a shift. And the food? For many it might be a bologna sandwich or a frozen dinner. Enter Amelia Papapetropoulos, owner of Amelia’s Elegant Catering.

Papapetropoulos has been cooking since she was a child. Her father operated a restaurant at a golf course in Waynesburg and she began working for him as a teenager. Never far from a kitchen, she continued working part-time in food services as a student at Waynesburg College, now university, while she was majoring in nursing.

Afterward, working in the neuro-vascular intensive care unit at University of Pittsburgh Medical Center Presbyterian Hospital in Pittsburgh, Papapetropoulos came to the conclusion that “I just can’t see myself doing nursing the rest of my life. What am I going to do? And, I went back to my roots,” she said during a recent phone interview.

“When I was working at a restaurant during college (2003-07), that is when the oil field boom really started to happen. I started getting all of these customers and they spent big bucks. They would eat the best steak that they could get, drink the best liquor they could drink. They were very polite, they all had southern accents and, after being around them four years, I got to know a lot of them,” she recalled.

After much thought about her future, Papapetropoulos concluded, “I think I need to get into that oil field thing.

“I started asking around, and back then it was male-dominated … but there were very few choices because the majority of the companies were operating out of the south and sent their service companies up here for the drilling and the fracking. Getting an office job was kind of out of the question. … So it was like, get super dirty and go out and work on a rig or figure out something else to do.”

With her restaurant background, and on the advice of a friend, food catering seemed the logical choice.

Papapetropoulos said she started very small but her business grew over time.

“I worked my three 12-hour shifts at the hospital and I’d spend any other second I had trying to figure out how I was going to get more customers and take out more food to those people working on the rigs and at those frack sites,” she said.

That was in 2008-09. She worked both jobs for about a year before leaving the medical field.

As the company, AEC Catering, headquartered in Pittsburgh, and Papapetropoulos evolved as a professional caterer, she also has done other events, such as retirement parties, high school graduations, weddings, anniversaries, Christmas parties, etc. But her focus has remained on the oil and gas energy industry.

“I can remember going out and serving 10 to 15 guys per site. And now it is up to 200. A lot of their offices are in Ohio, Pennsylvania and West Virginia. There are occasions where they have safety meetings or they invite their landholders to come to the office for an update on their drilling plan and they can have up to 400 people,” Papapetropoulos said.

“I have a big pull-behind grill that I hook up to my truck, and the guys love it. I go out and grill rib-eye or pork chops or, you name it, whatever they want. I pull up on-site and I’ll cook everything there in front of them. They want to kill me for the first hour because all they can smell is the steaks and they yell, ‘When’s it going to be done, when’s it going to be done?’ “ she said.

Although Pittsburgh is considered her home base now, Papapetropoulos has taken meals from the western part of the state to Binghamton, New York, to Susquehanna County in northeastern Pennsylvania.

“We cover it all. We make it work. … You can travel three to four hours just to one rig. … I tell them (I can deliver) anytime, anywhere in the Northeast. You tell us what you need and we can make it happen.

“They could not be happier to see someone with a hot meal. I get, ‘Thank you, ma’am, thank you, ma’am, thank you, ma’am.’ … They’re happy to get a hot meal because more often than not they work two weeks on and two weeks off. They are there to work, they don’t leave the location. … Just to have a nice big, thick, juicy steak cooked just the way they want, and fresh vegetables and salads. … I can’t say that anybody is ever disappointed to see my grill on location,” she said.

Summer, when drilling is at its peak, is the busiest time, but the holiday season has taken hold too.

“Somebody came to me and said their crews are working, ‘Can you accommodate us on an actual holiday,’ and I thought, ‘Well, I’m sure I can.’ So, for Thanksgiving we do traditional turkey dinners with all the sides; it’s an elaborate spread for them. And for Christmas we do ham, with all the sides. We set it up and it’s beautiful. And they are appreciative because if they were home and not working, they would be getting that type of meal.

“It goes a long way for the guys working out there just knowing that their company provided them with it, knowing that they were thinking of them out working in the cold and away from their families,” Papapetropoulos said.

“It is exceptionally rewarding. If I hear ‘Thank you, ma’am,’ once when I’m out there cooking, I hear it 150 times. It’s so nice to know they truly appreciate what you are doing. It’s not expected. It makes me feel good to know that in that long two-week stretch away from home they’re getting a little something that just brightens their day.

“That was something that I worried about when I left the medical field and nursing — was I going to miss nursing and helping people — and today I feel like I help people still, so it is very rewarding,” she added.

WILKES-BARRE (AP) — The demand for natural gas across the country is expected to increase by 40 percent over the ...

As additional permits for gas drilling have been approved in central Pennsylvania by the state Department of ...

Small companies push back against One Call expansion

PITTSBURGH (AP) — Last fall, the chairman of the Consumer Affairs Committee in the Pennsylvania House put off ...

Combustible ice being extracted from seafloor

BEIJING (AP) — Commercial development of the globe’s huge reserves of a frozen fossil fuel known as ...