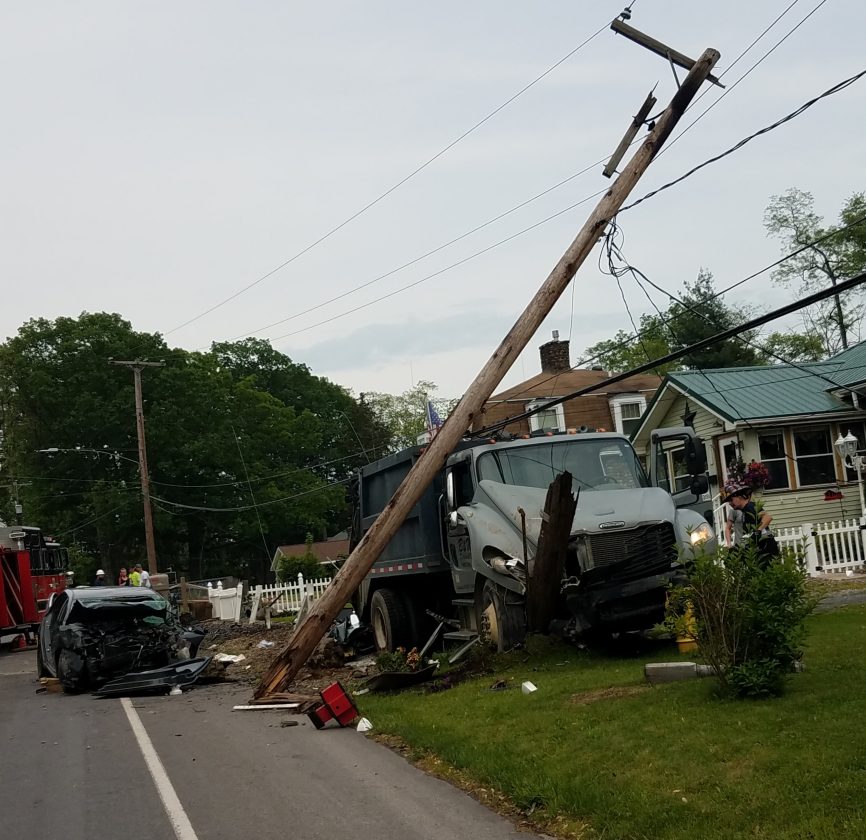 A woman driving a Chevrolet Malibu and a female passenger were taken to Geisinger Medical Center, Danville, to be treated for serious injuries they suffered when their car and a garbage truck collided in the 200 block of Montgomery Street in Montgomery just before 4 p.m. Thursday, according to borough fire officials.Two children riding in the car were taken to a local hospital to be evaluated. The driver of the truck declined treatment. The identities of those involved were not available Thursday night. State police were leading the investigation into the crash.