Driver in crash on Route 118 had blood-alcohol content level of .35

UNITYVILLE — A 62-year-old motorist who already has three convictions of driving under the influence of intoxicants turned himself in Thursday to face yet another DUI charge that stemmed from having a blood-alcohol content level of .35 when his car plowed into another on Route 118 one afternoon in mid-June, according to state police.

In addition to being heavily intoxicated, Thomas Weaver, formerly of Mechanic Street, Muncy, also had marijuana in his system at the time of the crash, which occurred near Route 42 about 3:40 p.m. on June 11, Trooper Jacob Sukal said.

Weaver and the driver of the car he hit, Susan Napkora, 53, were both taken to Geisinger Medical Center, Danville, where Napkora was treated for a traumatic injury to her abdomen before being discharged four days later, according to court records.

In his affidavit, Sukal said Weaver pulled out from an establishment on Route 42, directly in front of another motorist, who reported seeing Weaver’s northbound 2011 Chevrolet Camaro “swerving in and out of the lanes of travel” as it made its way to Route 118.

Weaver’s car almost struck a motorcyclist head-on in the southbound lane, the trooper said, adding that the Camaro also nearly hit a utility pole on “the right shoulder of the roadway.”

Before running a stop sign and turning west on to Route 118, Weaver’s car went off the road, struck some newspaper tubes, returned to the northbound lane and slammed into a guardrail, Sukal said.

Weaver “pulled away” from the guardrail only to hit the same guardrail again a few feet away, this time damaging the front tire on the driver’s side, Sukal said. Weaver lost control of the car as he turned west on to Route 118, where he crashed into Napkora’s car in the eastbound lane, the trooper said.

Weaver, now living in the Danville area, made no statements as he was arraigned before District Judge Jon E. Kemp on charges of aggravated assault by vehicle while DUI, aggravated assault by vehicle, DUI of alcohol and a controlled substance, recklessly endangering plus six summary offenses, including careless driving. He was released on $50,000 bail.

A man who led city police on a foot chase two years ago and was found with two handguns and small amounts of ...

Not one, but two drivers ended up charged with driving under the influence of alcohol following a one-vehicle crash ...

A man wanted by city police on alleged sexual offenses against a child was arrested in Philadelphia without ...

Nine people have been charged with various criminal offenses, according to court records. Those charged and law ... 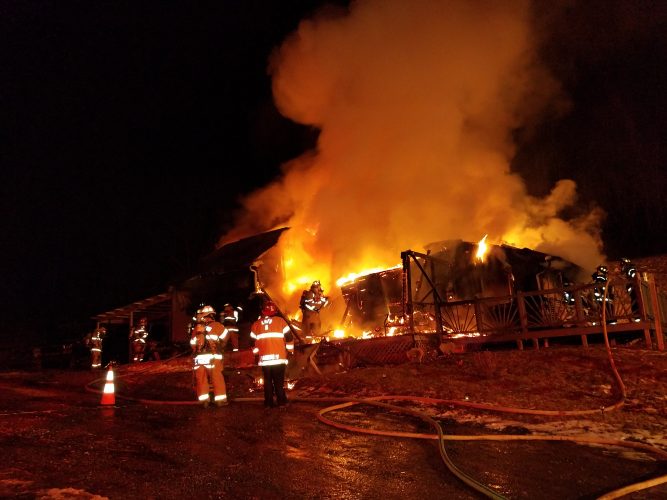