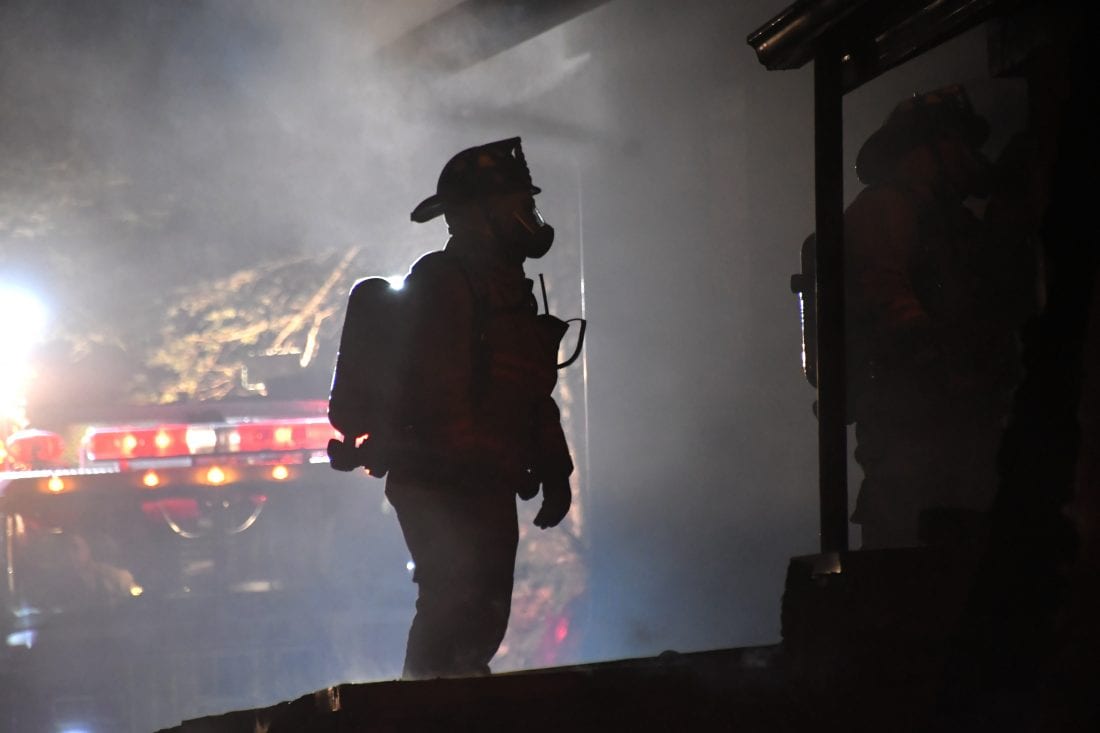 A vacation home on Rock Run Road, just north of the Cogan Station post office, went up in flames Thursday night in a three-alarm fire that burned out of control for nearly two hours. Motorists on Route 15 near the Hepburnville interchange could see an orange glow in the sky. The two-story property, which appeared to be a former barn, was owned by David Moore, of Baltimore, Maryland, according to neighbor and friend James Greninger. “I’m in shock right now,” Greninger said as he watched intense flames consume the property. He said he started up the two wood stoves in the structure earlier in the day. The fire was reported about 6:30 p.m. Volunteer firefighters shuttled water that was drafted from Lycoming Creek along Route 973 West. One person was reported injured, but no details were available. A state police fire marshal was expected to visit the scene today to begin the investigation into the cause of the blaze.

A Nisbet couple and their son safely escaped a basement fire that erupted in their home early Friday morning, ...

A city firefighter will be quarantined for the next two weeks after experiencing “a low probability exposure” ...

HARRISBURG (AP) — Pennsylvania State Police will no longer respond in person to some types of calls as the agency ...

LOGANTON — An 18-year-old mother has admitted giving birth to a baby boy and leaving him on the back porch of a ...