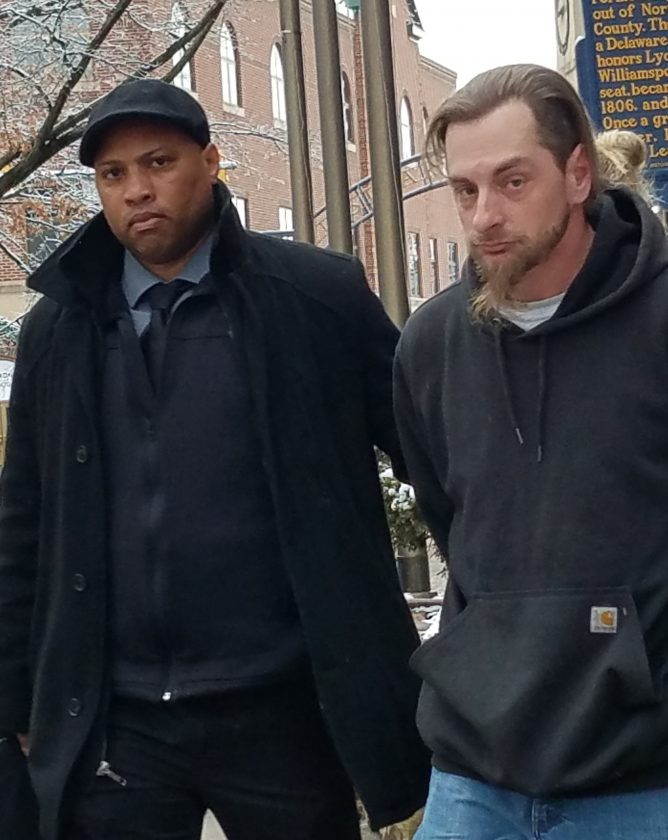 A city man was taken into custody Friday afternoon on charges of allegedly molesting a female minor under the age of 12 two days before Christmas, city police said in court papers.

Todd Robbins, 43, of 1660 Catherine St., is alleged to have inappropriate contact with the child inside a home in the city’s East End neighbor on Dec. 23, police said.

Arraigned before District Judge Aaron Biichle on charges of involuntary deviate sexual intercourse, indecent assault, indecent exposure and corrupting the morals of a minor, Robbins was committed to the Lycoming County Prison in lieu of $150,000 bail.

UNITYVILLE — A husband and wife moving into a vacant home will have to find another place to live after the house ...

A 38-year-old woman was jailed after confronting her sister in Wegmans, 201 William St., and allegedly telling her ...