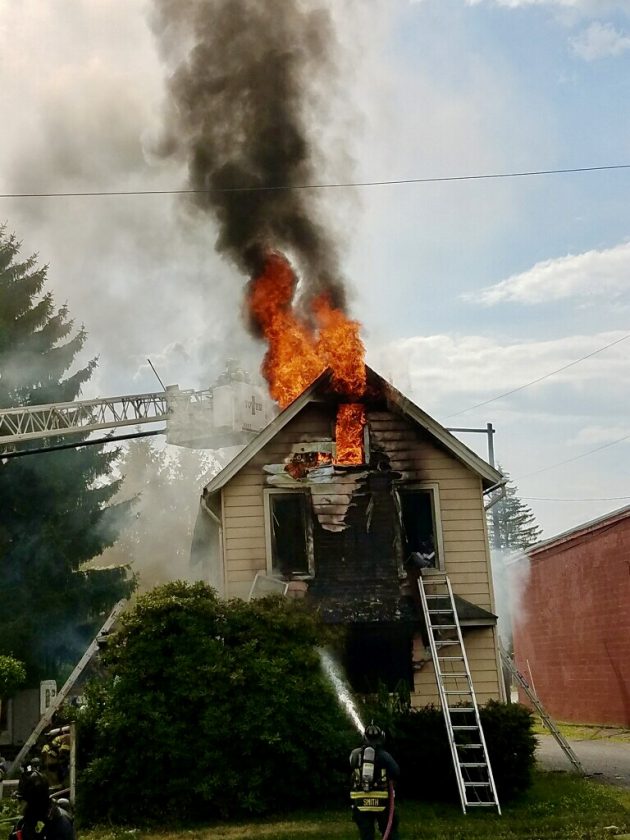 All occupants safely escaped this home in the 600 block of Rose Street in Williamsport Saturday afternoon when a two-alarm blaze erupted, city fire officials said.

At least three adults and three children were left homeless by the fire, which broke out about about 3:40 p.m., officials said.

At least five people were in the house at the time; some were family friends who were visiting, officials said.

The homeowner, Cobirai Matthews, was not home at the time.

The property is just north of the Pajama Factory complex.

“I heard a loud boom, and when I looked up, I saw all this big black smoke billowing out of the front window, first floor. It was thick smoke” said neighbor Laurie McMullen, just one of several people who called 911.

An all-out effort was made to keep the firefighters hydrated with bottled water and wet towels.

The family’s 4-month-old dog, Devil, also was safe. It was unknown if the escaped fire or was in the yard at the time.

The cause of the fire was under investigation.

The local chapter of the American Red Cross was providing emergency assistance to the displaced victims. The SG will provide more information on this developing story as it becomes available/ph