Work includes taking boring samples from the West Branch Susquehanna River where a proposed bridge connecting Union Township in Union County to Point Township in Northumberland County will be constructed.

The samples will provide information needed by the state Department of Transportation and its engineering consultants to design the foundations of the piers that will support the 4,500-foot long bridge.

Work zone markers will be placed upstream and downstream from the drilling rig that will obtain the soil samples.

Boaters will be able to pass through the area but should keep a safe distance from the rig. No-wake speed should be maintained within 100 feet of the barge.

The CSVT is a new four-lane, limited access highway, about 13 miles long, that extends from Routes 11 and 15 near the existing Selinsgrove interchange in Snyder County, crosses over the West Branch of the Susquehanna River and connects to Route 147 south of Montandon in Northumberland County.

Additional information about the CSVT is available at www.csvt.com.

An $895,464 bridge replacement project on Route 4002 (Ellenton Mountain Road) near the intersection with High Bridge Road in Fox Township, Sullivan County, is set to start Monday.

The existing single-span bridge over Fall Run was built in 1932 and rehabilitated in 2002. The bridge is closed due to scour of the bedrock foundation and undermining of the abutments.

Traffic is detoured on Tompkins Road, Maple Summit Road and Route 154. The detour will be lifted once the new bridge construction is completed by the end of October.

Gov. Tom Corbett last Wednesday announced that an $18 million state and federal investment will improve safety and operations at 35 Pennsylvania airports that support more than 2,600 jobs.

“Pennsylvania’s public-use airports support more than 300,000 jobs,” Corbett said. “When we expand a runway or make it safer to land at an airport, we ensure that they can meet business and community demands and continue supporting these jobs.”

The state portion of funding – $904,981 from PennDOT’s aviation development program – comes from the state’s jet fuel tax and leverages $904,981 in local matching funds.

The program complements the new Multi-Modal Fund, created by Act 89, which dedicates $5 million to aviation in this fiscal year alone. In November, Corbett signed Act 89, a far-reaching transportation program that clears the way for significant investments in all transportation assets.

The Federal Aviation Administration is providing $17.1 million in grants through the block grant program, which is funded through taxes collected nationally on airline tickets, freight waybills, international departure fees, and the sale of aviation fuel. Airports receive up to 90 percent of eligible project costs for projects included in Pennsylvania’s 12-year transportation program.

Public-use airports in the state are eligible for the aviation development program. Airports eligible for the federal block grant program include: general aviation airports, designated reliever airports, and non-primary commercial service airports (those with fewer than 10,000 annual passengers) that are part of the National Plan of Integrated Airport Systems.

The following area airports are among those that will receive funding:

Bradford County Airport – $960,555 to acquire land and construct a taxiway.

Work on a box culvert on Alvira Road in Washington Township, Lycoming County, was expected to be completed last week and the road re-opened to traffic.

With that project completed, contractor Wolyniec Construction will move to Route 2001 (Elimsport Road) to perform work on a bridge spanning an unnamed tributary of Spring Creek, just east of Alvira Road.

A detour will be in effect beginning Monday, using Alvira Road, Ridge Road and Turnback Road. The detour is expected to be in effect until Oct. 10.

A resurfacing project on three roadways in Mansfield, Tioga County, is scheduled to begin Monday.

The project includes the milling, base repairs, and paving and the installation of curb ramps, pavement markings and drainage improvements.

Traffic will be restriction to a single lane through the work zone with daylight flagging and signs controlling traffic.

Motorists are asked to stay alert and drive with caution through the work zone.

All work under the $975,000 contract is expected to be completed by mid-September.

Roadwork is scheduled by the state Department of Transportation in the following counties this week:

Embankment repair along Route 1003 on Wallis Run Road in Gamble Township Monday through Wednesday and along Route 220 in Picture Rocks Monday and Tuesday.

Shoulder repair along Route 3024 on Jobs Run Road in Anthony Township Monday and Tuesday, along Route 44 in Nippenose Township Wednesday and along Route 14 in Lewis Township Tuesday through Friday.

Shoulder cutting along Route 2061 on Beaver Lake Road in Moreland and Penn townships Monday and along Route 44 in Cummings Township Monday through Wednesday.

Bridge replacement along Route 2022 on Pleasant Valley Road in Eldred Township and along Route 2077 on Beaver Run Road in Franklin Township Monday through Friday.

Paving along Route 14 in Lewis Township Monday through Friday.

Ditching along Route 14 in Covington Township Monday through Thursday.

Base repair along Route 249 in Chatham and Westfield townships Monday through Friday and along Route 1002 in Clymer Township Monday and Tuesday.

Patching concerns along Route 1008 in Rutland and Tioga townships Wednesday through Friday.

Ditching and shoulder stabilization along Route 2017 on Ogdensburg Road in Union Township Friday.

Bridge replacement along Route 2020 in Covington Township Monday through Friday.

Paving and driveway adjustments along Route 4013 on Berwick Turnpike in Ridgebury Township.

Mowing along various routes in the Canton and Towanda areas.

Shoulders back up along Route 706 from Wyalusing to Camptown.

Cleaning ditches along Route 1054 on Orange Hill Road in Athens Township and along Route 467 in Pike Township.

Contractor work on Route 14 in the Canton Borough starting at the Tioga Street intersection to Alba.

Patching along Route 1008 on Shinerville Road in Cherry Township Monday.

Sign upgrade along Route 4015 in Shamokin Township Monday through Friday.

None listed at press time. 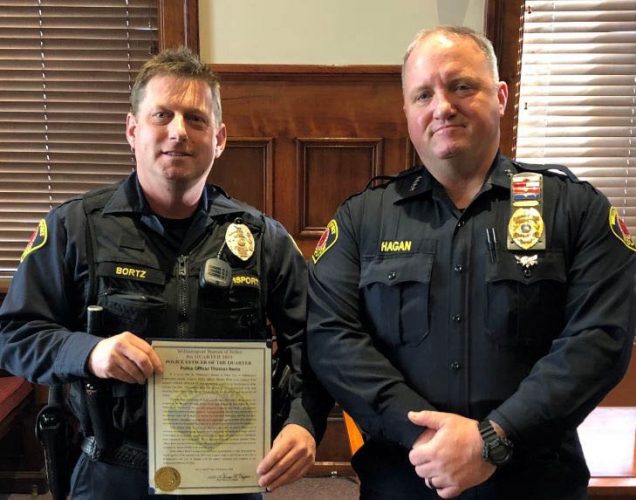