Police officers of the year named 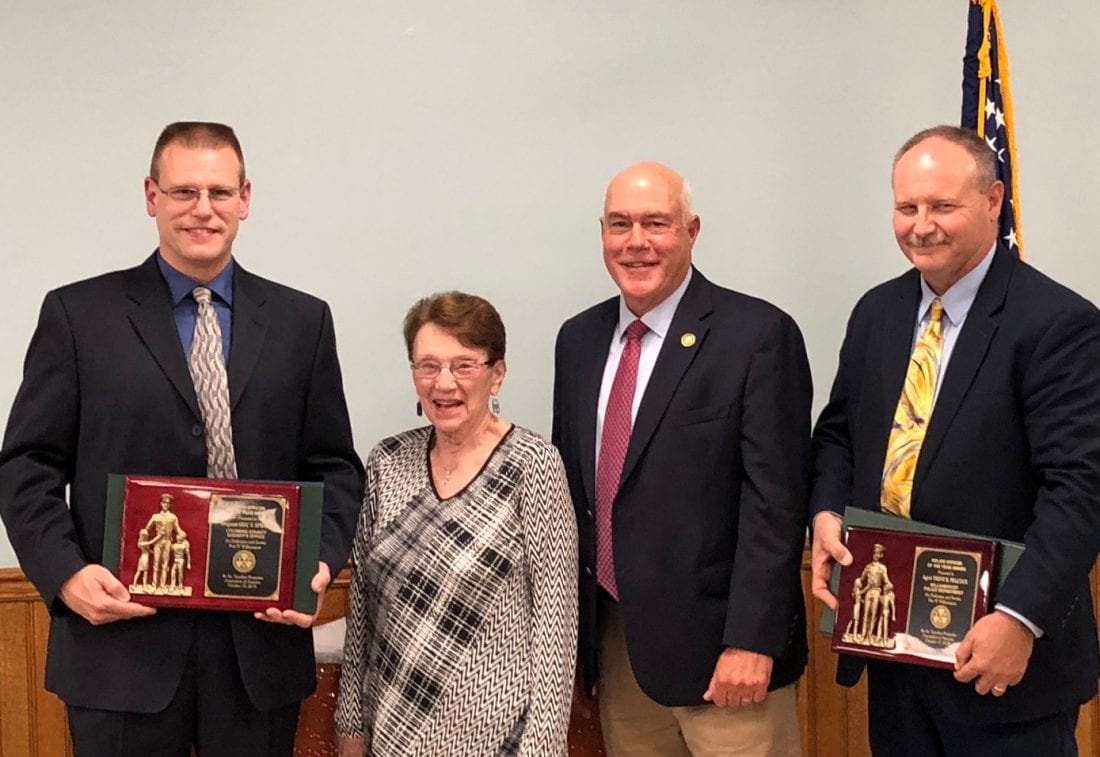 Boasting a combined experience of 49 years, two local officers were recognized recently by the Travelers Protective Association of America.

For the first time in 23 years, the police officer of the year award was given to two law enforcement members: City police Agent Trent Peacock and Sargent Eric Spiegel, with the Lycoming County Sheriff’s office.

“The committee was so blown away and impressed by the two individuals that we could not in good conscience recognize only one,” said Marie H. McGee, secretary and treasurer of TPA.

“His investigation and evidence gathering expertise is second to none,” she added.

Moreover, he works “countless” hours to prepare cases for trial, she said.

Spiegel has been working with the Lycoming since 2005 and currently supervises murder and high risk trials, court security and investigating threats against judicial officers.

In this role, Spiegel works with the Deputy U.S. marshals, state and local law enforcement to hunt down and arrest some of the most dangerous criminals that threaten our society.

“We all know the dangers of being in law enforcement, but hunting fugitives and serving warrants is among the most dangerous aspects of the jobs,” said McGee.

Each year chiefs of various departments submit their recommendations.

“Coincidentally both our recipients have worked some of the same homicide cases together in their different, but sometimes interchangeable roles to solve, arrest and prosecute the bad guys,” she said.

The board also cited the constable’s community contributions and activities.

“The committee did tediously review both nominations and felt strongly that both were equally deserving of the award,” said McGee.