Two pieces of legislation designed to protect landowners with natural gas production on their property passed the state Senate on Wednesday.

One bill would expedite the payment of royalties from gas companies to leaseholders, while the other would prohibit those companies from retaliating against property owners who question their royalty checks.

“These bills will give landowners more weapons to use in their arguments with the gas-drilling companies that pay their royalties,” Yaw said. “We’ve tried to provide them with the tools that they can use to determine the accuracy of their royalty reports.”

In addition to setting a 90-day deadline for companies to compensate leaseholders after natural-gas production, Senate Bill 147 would require the companies to provide information about production at a convenient location in the state for property owners to inspect.

Yaw said both of the provisions were in response to late royalty payments as well as travel burdens for landowners who wish to inspect records. Such records often are housed out of state and are virtually inaccessible to landowners, according to Yaw.

The provision will make it easier for landowners to “take their accountant or an attorney with them to help examine the documents that are produced,” Yaw said.

He added: “I’ve heard stories about gas being taken and people not being paid for it in excess of a year, which is just unfair to the landowner.”

The other bill, Senate Bill 148, would provide landowners the right to file a civil lawsuit against a gas company if there is any indication that the company has retaliated against a leaseholder for questioning royalty payments. Such retaliation might mean terminating a lease or ceasing gas production on a property.

Another part of the bill would establish a fine – $1,000 a day – if a landowner can prove they were retaliated against.

“We think that the incentive there is strong enough that the gas companies will not challenge anyone, and will in fact be more forthcoming with information about the royalty payments,” Yaw said of the legislation.

A local architect has focused on projects to pass time during his two-week self-imposed quarantine after travelling ... 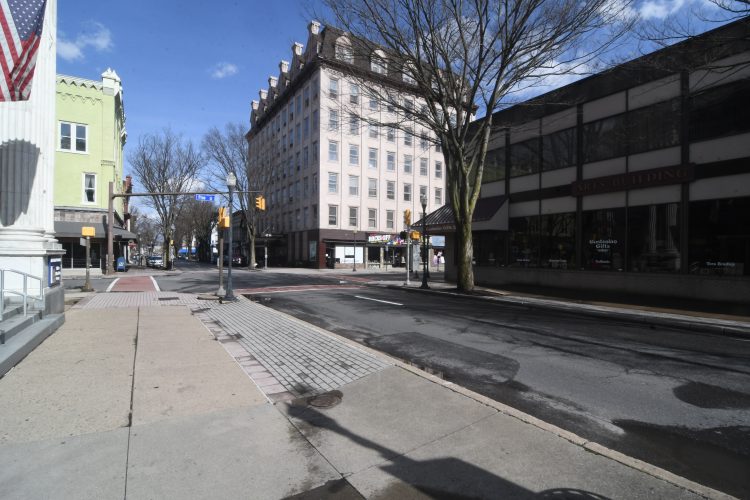 The importance of social distancing

Passengers will not be required to purchase fare or passes to ride River Valley Transit buses in an effort to ...

Your community newspaper is here for you

This coming week, your community newspaper will publish its annual Progress editions, planned and produced before ...

“Social distancing refers to leaving at least six feet distance literally between yourself and other people out ...

Extended services for seniors during COVID-19 uncertainties “It is vital that our most vulnerable, including ...

Is our tap water safe?

Trump and COVID-19 — too little, too late

Until things get better