Little League World Series pins are back at the Sun-Gazette 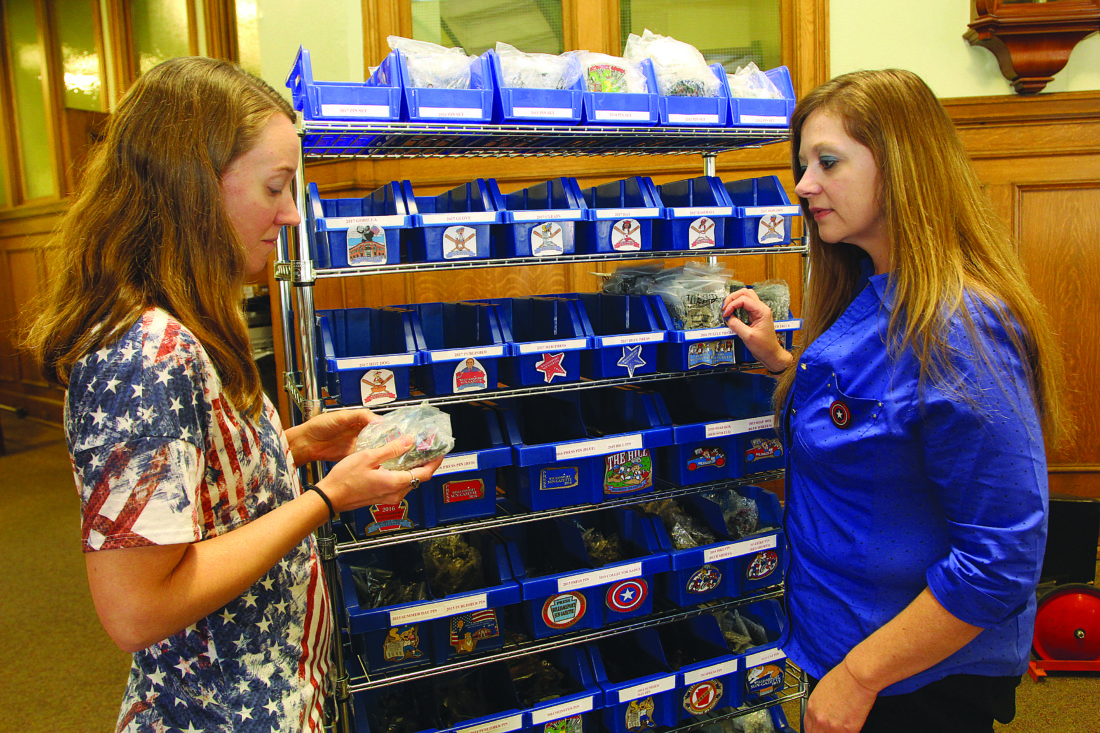 As the Little League World Series approaches, the Williamsport Sun-Gazette announced its annual commemorative pins will be available beginning Monday.

The front doors at 252 W. Fourth St. open at 7:30 a.m. where collectors and visitors can buy the entire set of ten pins as a collection or individually.

The release of pins has been a popular standing tradition with Little League since an Olympics series of pins was released in 1984, said Sun-Gazette Publisher Bernard A. Oravec.

The Sun-Gazette contributed their first pin to that legacy in 2004.

Since that first introduction of Sunny Day, a representative mascot of the newspaper’s long history, the paper has consistently tried to top itself each year.

This year’s set includes depictions of Little Leaguers holding various baseball equipment, the annual publisher’s pin, two press pins and the image of a giant gorilla on top of the Sun-Gazette building.

“Quantities for these pins are very limited,” Oravec said. “There are 125 sets available and then 125 individual pins of each design. We expect them to move quickly.”

As always, the Sun-Gazette tries to incorporate something new every year.

Last year’s pin board – a collection of over 75 pins from all over the country that will be given away in a drawing – will be making a comeback.

“It is totally free to enter,” Oravec said. “There’s no purchase necessary.” The registration deadline is 5 p.m. on Aug. 23 before a winner is drawn on Aug. 24.

But new to this year, after many requests by fans, there will be a t-shirt available in the design of the gorilla pin that says “Welcome to Williamsport.”

T-shirts will be available beginning Monday until they sell out.

Including this year’s set, the Sun-Gazette has created 61 pins. “And we still have designs from 2010 to 2016 available for sale priced at $5 regardless of what they were at the time,” Oravec said, explaining it is time to make room for the newer designs.

Although only pins from 2010 and on are still available, the annual magazine includes images of every pin the paper has released serving as a collector’s guide.

As the paper’s classified advertising manager, Linda Neupauer has had an active role in the annual pins since the beginning. “And it’s grown,” she said. “It’s grown a lot.”

Neupauer said Monday, she expects there to be a line of people waiting outside of the Sun-Gazette like all previous years.

Despite the often hectic few hours and days to follow, Neupauer gets to meet people from all over the world.

“It’s also interesting to see those people you recognize coming out every year,” she said.

Being the newspaper of record for the Series, the Sun-Gazette pins are just another way to be involved in such an important community event, Oravec said.

“The Sun-Gazette has been here since the inception,” he said. “Everyone that buys a pin gets a free newspaper as an added bonus for those coming and sharing their enthusiasm with us.”