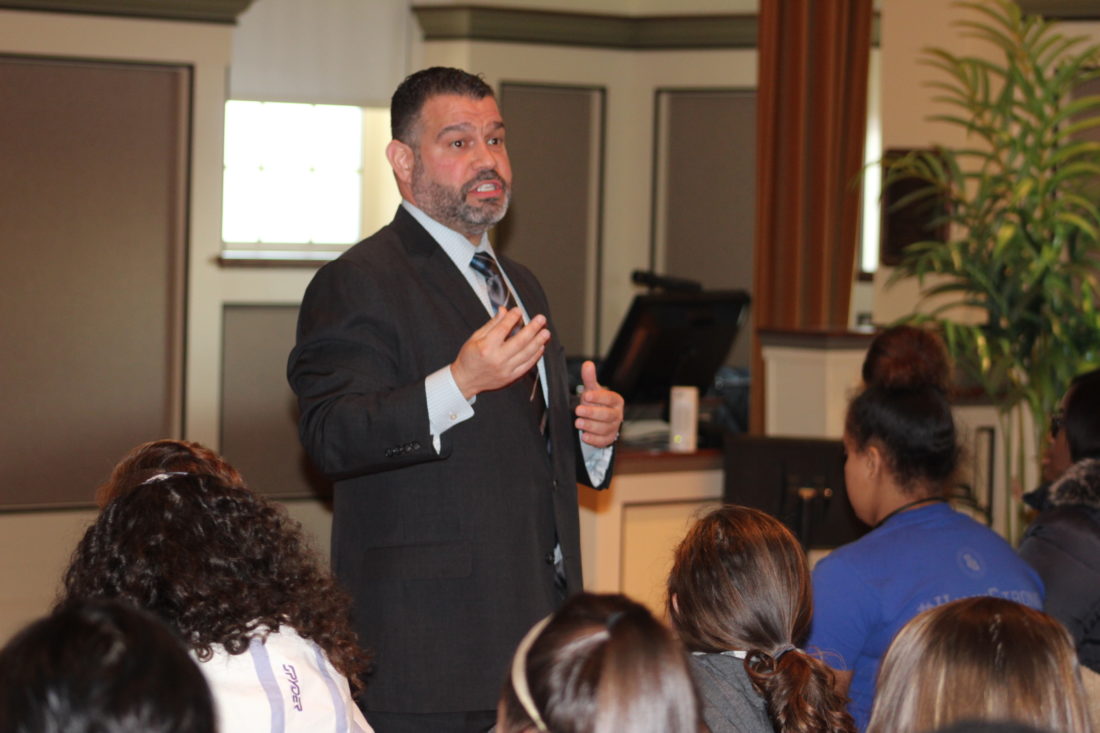 Pedro A. Rivera, Pennsylvania education secretary, and Noe Ortega, deputy secretary for the Office of Postsecondary and Higher Education at the Pennsylvania Department of Education, visited with local superintendents and officials as they spent the day at Lycoming College on Thursday.

“It’s been a great time. Secretary Rivera and his team were here this morning … They got to spend a good amount of time with the student teachers today. It was just an awesome experience for our student teachers,” said Jeffrey Moore, supervisor of student teachers at Lycoming College. “They were able to have an open dialogue and have a really nice conversation with him here.”

Moore said Rivera then had lunch, met with college administration and met with many local superintendents.

“Secretary Pedro Rivera was nominated by Gov. Tom Wolf to serve as secretary of education on Jan. 20, 2015, and was confirmed by the state Senate in June 2015. He joined the Wolf administration after having served as superintendent of the district of Lancaster, a position he held from 2008 to 2015,” Moore said.

Rivera said he was happy to visit because it was necessary to do the best job he could for the state. At the end of his visit, he held an open discussion in which he invited students to ask him questions. Any question he did not have time to answer in the open discussion, he said he would offer a written response online after the visit.

“We can’t do a good job … unless we hear from you,” Rivera said.

Rivera said it was important to acknowledge Jennifer Wahl, a teacher at Loyalsock Township School District and also the state’s 2018 Teacher of the Year.

“I want to take a moment to give kudos and congratulate Jennifer … I don’t know if you can fully capture the fact that Jennifer’s name was submitted with a landscape of teachers,” he said.

“She’s going to be our national representative amongst all teachers across the country, and that is amazing,” he said.

Wahl said she hopes to work with Rivera throughout the year.

“This year, I plan to spend most of my time focusing on college and career readiness,” she said. “I’d love to work with different situations and really get to know the state.”

She said she was eager to learn more, eager to do more and was excited for the opportunities of the future.

“These are exciting times in education, especially public education and how we represent the state of education across the Commonwealth,” Rivera said.

He said the biggest point of celebration was the acceptance of the Every Student Succeeds Act (ESSA).

“Some of you may be wondering what the heck is ESSA, and what bearing does it have on me and the community?” he said.

He said that previously, there was a time of little accountability through standardized tests.

“No Child Left Behind was the first time we started to see federal involvement related to assessments and accountability,” he said.

He said it’s important to have high standards of accountability to ensure that schools are serving students as best they can, but there was a problem of creating a culture of testing.

“We know that if I measure one aspect of your whole being, that’s the one aspect you’re going to focus most on,” he said.

With ESSA, the focus of testing has been changed, including reducing testing time. He said the impact of standardized testing on a school’s overall state performance score will be lowered because while standardized tests reveal important data, they are not the only tools to use to measure information.

“We want to focus on growth as part of achievement. We want to be able to identify with our community at large how students are growing or improving over the course of an academic year,” Rivera said. “We also want to focus on, on track measures.”

Chronic absenteeism, special needs students and other factors need to be included as well as measuring “benchmarks” of student success as they go through the school system.

“We want to ensure that we’re valuing high quality programs such as career and technological education,” he said.

He said that they’ll be establishing a career pathway in elementary school and show an understanding of careers and college that will expand in middle school and high school levels.

“We want every school to identify and establish some of the best practices we see in kindergarten classes now,” he said. “We see kindergarteners come to school in a college T-shirt.”

“We don’t expect them to choose to be a doctor when they’re 6 or 7-years-old, but we want them to go home and start those conversations with their parents about what they want to be when they grow up,” he said.

He said there needs to be a clear pathway to success by starting at the elementary level, and it will ultimately improve the quality of life.