Father held for court, charged with shaking baby to death 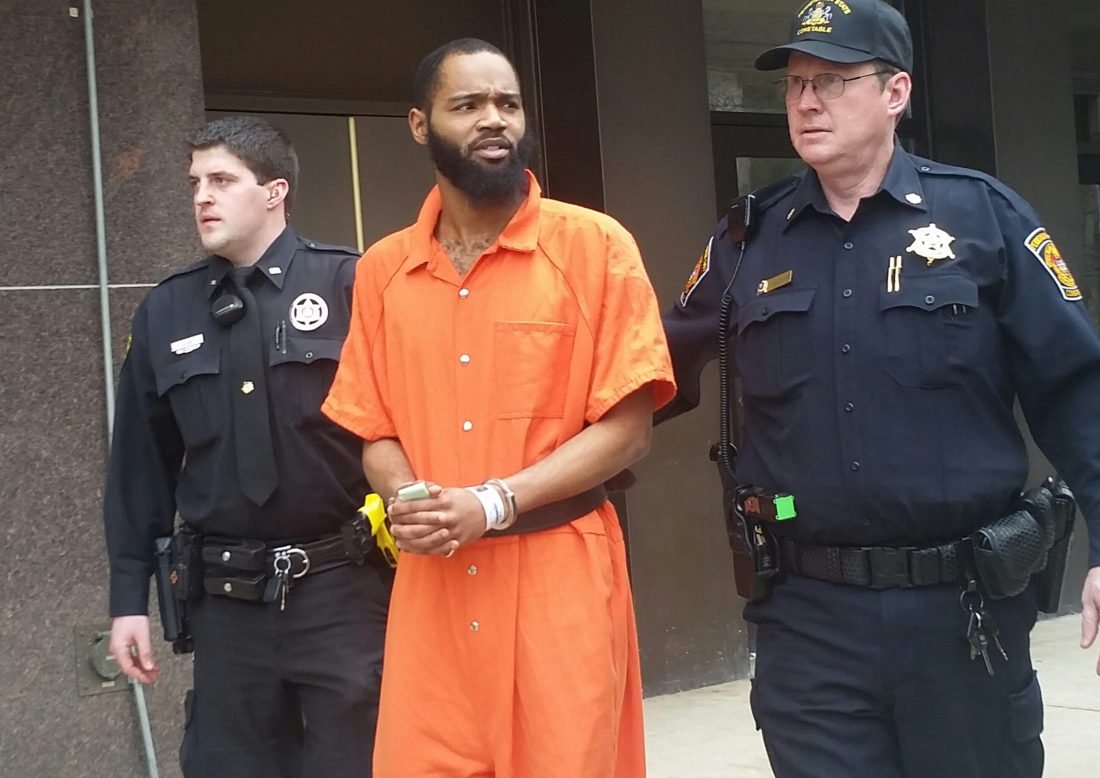 PHILIP A. HOLMES/Sun-Gazette Alleged child abuser Abdullah Friend is returned to the Lycoming County Prison Thursday following his preliminary hearing on charges of causing the death of his 9-month-old son last year by “forcefully shaking him,” Williamsport police alleged.

After hearing testimony from a veteran police officer and a pediatrician who is an expert on child abuse, a judge ruled Thursday there was sufficient evidence to hold Abdullah I. Friend on charges that he allegedly caused the death of his 9-month-old son last year by shaking him.

Friend, 27, of 601 Locust St., will face further court action on charges of criminal homicide, aggravated assault, recklessly endangering and endangering the welfare of a child.

The infant was identified for the first time in court as Friend’s son.

“There was a lot of swelling of the brain. Portions of the brain were not in their normal location” as a result of the baby suffering severe head trauma, Dr. Pat Bruno, a pediatrician on the staff at Geisinger Medical Center, Danville, and a board certified expert on child abuse, testified.

“Shaking would cause such injuries,” he said.

While Bruno did not examine the baby, he reviewed many of the infant’s medical records stemming from last April 30 when the infant was taken first to UPMC Susquehanna Willliamsport Regional Medical Center and then flown to Geisinger after going unresponsive at home while under the care his father about 2:20 p.m.

Bruno, a doctor for more than 40 years who testified via a conference call, said the baby suffered “significant hemorrhaging in multiple areas” of the brain.

“There was significant bleeding, hemorrhaging around the optic nerve,” he said; his voice filling the hearing room of District Judge Allen P. Page III as it came over the telephone’s speaker.

It was Bruno’s opinion that the baby suffered such severe head trauma as a result of either “being shaken or being battered on the head.” There was no evidence that the infant had been hit in the head.

Agent Jason Bolt, the lead investigator in the case, testified that he interviewed Friend at police headquarters the day after the baby died. Friend said his son was “extremely fussy” on the afternoon of April 30 and that he had taken the baby upstairs and placed him in a crib.

When Friend went to check on the infant 10 to 15 minutes later, he found his son unresponsive. Another person who was in the house started doing cardiopulmonary resuscitation on the baby, Bolt testified.

“He was a happy and healthy child,” the officer said, adding that there was no evidence that he had suffered any injuries externally.

Bolt, reading from a report by the doctor who performed an autopsy on the baby, said the cause of death “was head injury.”

Friend, who has been held without bail at the Lycoming County Prison since his arrest last month, was returned to the jail at the conclusion of the 45-minute hearing.