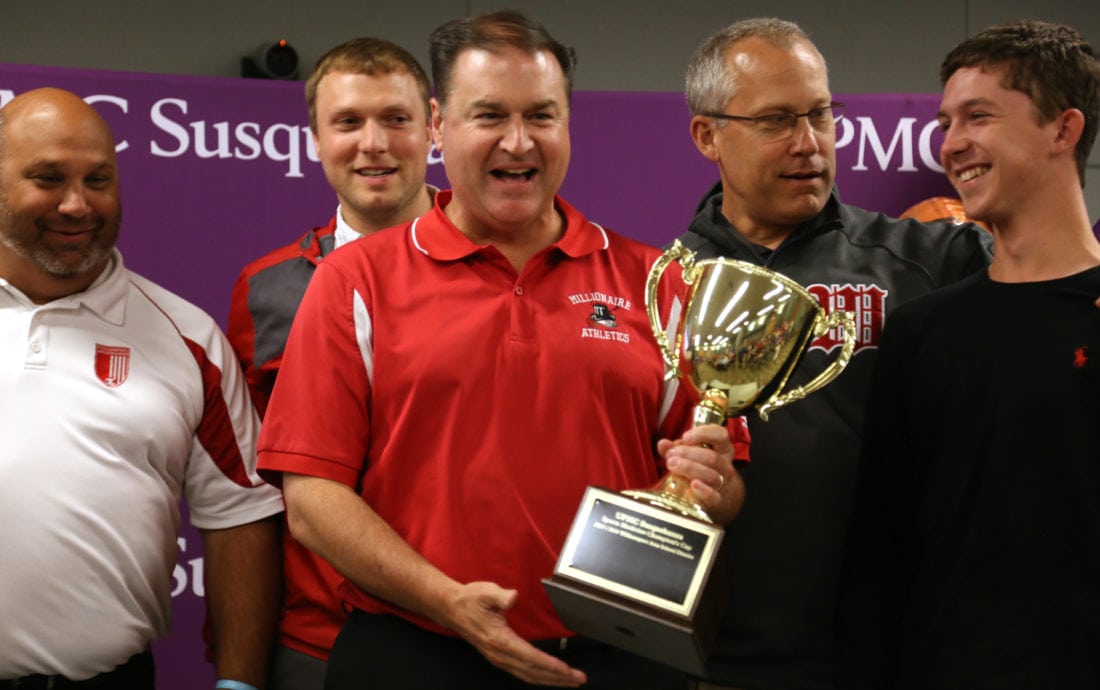 When Lexi Baranoski injured her knee playing soccer in November 2016, she figured on a long road to recovery to make it back on the field the following season.

Three days a week, she did rehabilitation sessions as well as therapy on her own.

Her parents, Matt and Heather, recalled the doubts and tears.

But as her mother said, “She was really good about the therapy because she wanted to get back to play.”

Her father gave credit to Dr. Patrick Carey, medical director, UPMC Sports Medicine, for explaining the injury and the process of rehabilitation.

Lexi is now looking forward to playing her senior year.

She was among 18 student athletes from area high schools who received Student Athlete Perseverance Awards given in recognition to those who recovered from sports injuries and returned to playing.

Mike Ludwikowski, outreach athletic training supervisor, UPMC Sports Medicine, said the Student Athlete Perseverance Awards recognize not only the students, but their parents and athletic trainers who treated their injuries.

“We thought it would be great to pick an athlete who got injured, did the rehab and persevered,” he said.

The goal of sports medicine, he noted, is to get athletes healthy and playing once again.

An athletic injury can be a real test, not only for the person, but his or her entire support network.

“You don’t plan to get hurt,” he said. “When you do, everything changes in the whole household.”

He said athletes recovering and rehabilitating from injuries demonstrate maturity in the face of adversity. They also put forth the discipline required to juggle schedules and to try and get better.

And, they find ways to stay positive.

The entire list of individual award winners and their schools are as follows: