Longtime state lawmaker remembered for his ‘passion for rural Pa.’ 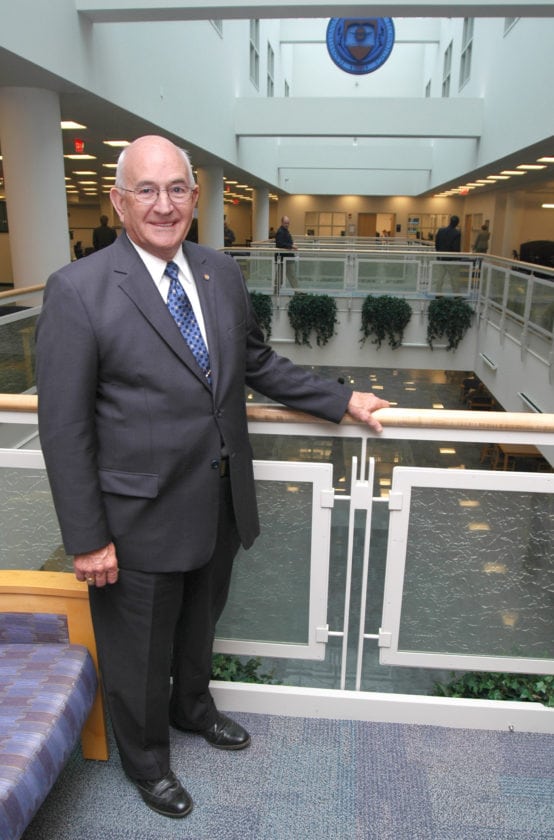 Sen. Roger A. Madigan, R-Towanda, stands in the library named for him and his former wife Peggy on the day of its dedication Tuesday.

Affable, easygoing, a friend to rural Pennsylvania and especially to the agricultural community — that’s how Roger Madigan was remembered by those who knew and worked with him.

Madigan, who served the region as a Republican state representative and senator, passed away June 2.

The farmer, who later entered politics, made his mark on the region.

“I guess the best way to describe him was as a statesman,” former Bradford County Commissioner Daryl Miller said. “He had a passion for rural Pennsylvania.”

Madigan, who worked as a dairy farmer after graduating from Penn State University, was a country boy at heart.

Born in 1930 in village of Luther Mills in Bradford County, he was first elected to the state House of Represenatives in 1977, serving there for four terms. He was elected to the Senate in 1985.

Before he left office in 2009, he served on a number of legislative committees, including the Senate Transportation, Labor and Industry and Agriculture & Rural Affairs committees.

State Rep. Garth Everett, R-Muncy, noted that he had “the privilege” of serving in the House during part of Madigan’s time in the Senate.

time in the Senate.

“He was an advocate for agriculture,” Everett said.

He said Madigan was instrumental in seeing through the improvements to Route 15 into New York state, a highway vital to boosting economic development and tourism to the region.

Coolidge, a dairy farmer, said he was able to develop a special bond with Madigan over agriculture.

“I knew I had an ally in Harrisburg from the beginning,” he said.

Beyond that, Madigan taught him about the need for compromise in politics.

He said Madigan made him understand that what mattered was helping making a positive difference in peoples’ lives.

“That was a pretty good barometer,” Coolidge said. “There is a terrible void now in the way government is dealing with itself. We could use a lot more Roger Madigans today. He set the example.”

Williamsport attorney Joseph Orso recalled running for the 83rd state House seat as a Democrat back in 2000. It didn’t seem to matter to Madigan that they didn’t share the same political party.

“He was always very gracious,” he recalled. “We talked about ideas. He thought some of my ideas were good. I just viewed him as a very fair man who wasn’t caught up in being Republican or Democrat.”

“He was down to earth,” he said. “He did relate to his constituency, the people he represented. He knew where he came from.”

Coolidge called Madigan “one of the people.”

“There was a genuineness about him,” he said.

State Sen. Gene Yaw, R-Loyalsock Township, elected to the 23rd Senate seat after Madigan decided to not seek re-election, knew him for more than 30 years.

“He was beloved by the residents of the 23rd District, and most especially those in the Penn College community, for which he served as a former member of the College Board of Directors,” Yaw stated. “During that time, I was the attorney for the college and worked on the contracts for the new Madigan Library, which honored his commitment to education. Roger was a visionary, recognizing the importance of educating high school students on the governmental process through his student government seminar at Penn College, a tradition we have continued for high school students in our region.”

Yaw added that it was an honor to succeed Madigan as a member of the Senate.

Arnie Kriner, who worked under Madigan for many years, fondly recalled his longtime boss.

He said he was saddened to hear of Madigan’s death.

“I had the privilege of working with him for about 23 years. He was a mentor to me,” Kriner, an executive assistant to Yaw, said. “He was very constituent oriented. He was once told me that when someone called in for an issue it may not be important to him or me, but to that individual at that time who took the time to call or write, it was very important to him or her. It’s important that we respect them and listen to their point of view. I think a lot of what he was saying is that people need to know that their elected officials are listening to them.”

Kriner recalled that Madigan was always grateful for the work of his staff and never left the office without thanking them.

“To sum it up, he was a gentleman. Probably one of the most gracious individuals I ever met. And he was a very effective legislator,” Kriner said. 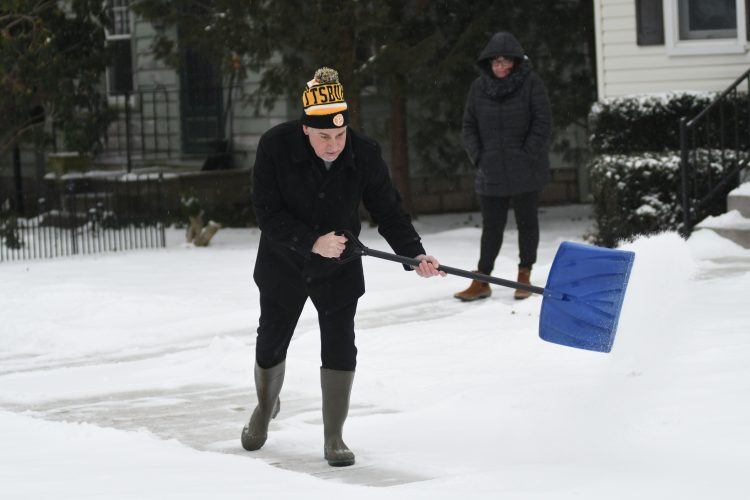