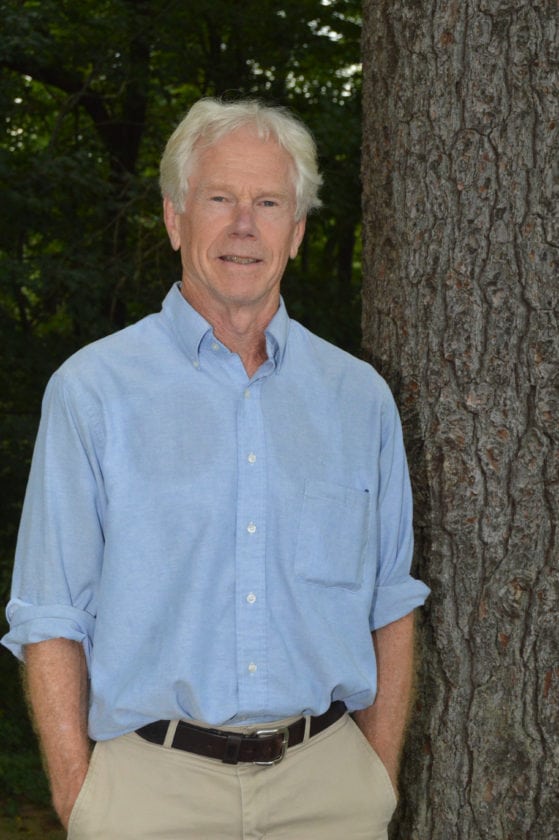 When Tim Palmer, author and photographer, who is scheduled to speak at Lycoming College Tuesday, arrived in the region Friday, he returned to an area he was quite familiar with, having spent several years working with the county planning commission.

Originally from Beaver, in the northwestern area of the state, Palmer went to Georgetown and then Penn State for landscape architecture. In 1970, and as a special independent project, he did a bicycle trail plan for the State College region.

“It’s what we would now call a greenway plan,” he said.

His journey then took a turn when at the end of the year he presented the plan to a group of adults in the community.

“When I was all done out of the audience walked this gentleman, an older guy, introduced himself as Dr. Peter Fletcher, of the Forestry School. He said, ‘Tim, how would you like to work on an ecology-based watershed protection plan for a stream being studied for the National Wild and Scenic River System,’ “ Palmer said.

Seeing the potential, he accepted the offer.

“I spent the whole next year doing planning work for Pine Creek,” he said.

Following his graduation from Penn State he got a modest grant by today’s standards of $1,000 from Trout Unlimited. He lived on it for nine months in order to put the plan in action. Another presentation of his work, this time at Lock Haven State College, brought him into contact with local resident and at that time the director of planning for Lycoming County, Jerry Walls. Following that meeting, Palmer ended up working with the planning commission for nine years.

“It was the early days of planning professionally … so we were just pioneering the way with a lot of stuff,” he said of his years with the commission.

“Jerry (Walls) had the courage to give me a long leash, too long in some cases,” he joked. “I think we did some remarkable things in those nine years.”

Walls noted they worked on a special Pine Creek Valley management plan during that time where they went door-to-door and found malfunctioning on-lot septic systems that were eventually cleaned up. According to Walls, that led to an environmental consciousness that was built into the plan. In turn, Palmer wrote a rim-to-rim scenic viewshed protection in the plan that continues today in the county comprehensive plan.

During his time at the planning commission Palmer was instrumental along with other commission members in getting every municipality in the area to zone floodplains after Hurricane Agnes in 1972. He also worked on the Pine Creek task force, which, he said, tried to do what was right for Pine Creek. Pine Creek was eventually designated as a state scenic river.

Palmer has been on a speaking tour around the country, highlighting his book: “Wild and Scenic River: An American Legacy.”

The book celebrates the 50th anniversary of the National Wild and Scenic River System Act.

“I put this book together last year as a text and history and photo book, with 160 color photos of these rivers that are protected in the federal program,” he said.

“Rivers are the lifelines,” he said. They’re vital not only to our own water supplies, but we are 67 percent water and virtually every drop of it comes from river and ground water. So the rivers literally flow in our arteries and veins. They are the water supply of nearly everything that lives.”

He said rivers also are the community centerpieces.

“They flow right through nearly every community, and they have the potential to be the highlight of that community,” he added.

Palmer is the author of 25 books about rivers, the environment and adventure travel. His photographs of rivers showcase the beauty of their natural state and not a photoshopped, idealized version.

The event at the college is sponsored by the college’s Clean Water Institute and Walls and will be in room G-11 of the Heim Building. Doors open at 6:30 p.m. Tuesday with free refreshments and a meet and greet with Palmer. The talk begins at 7 p.m.