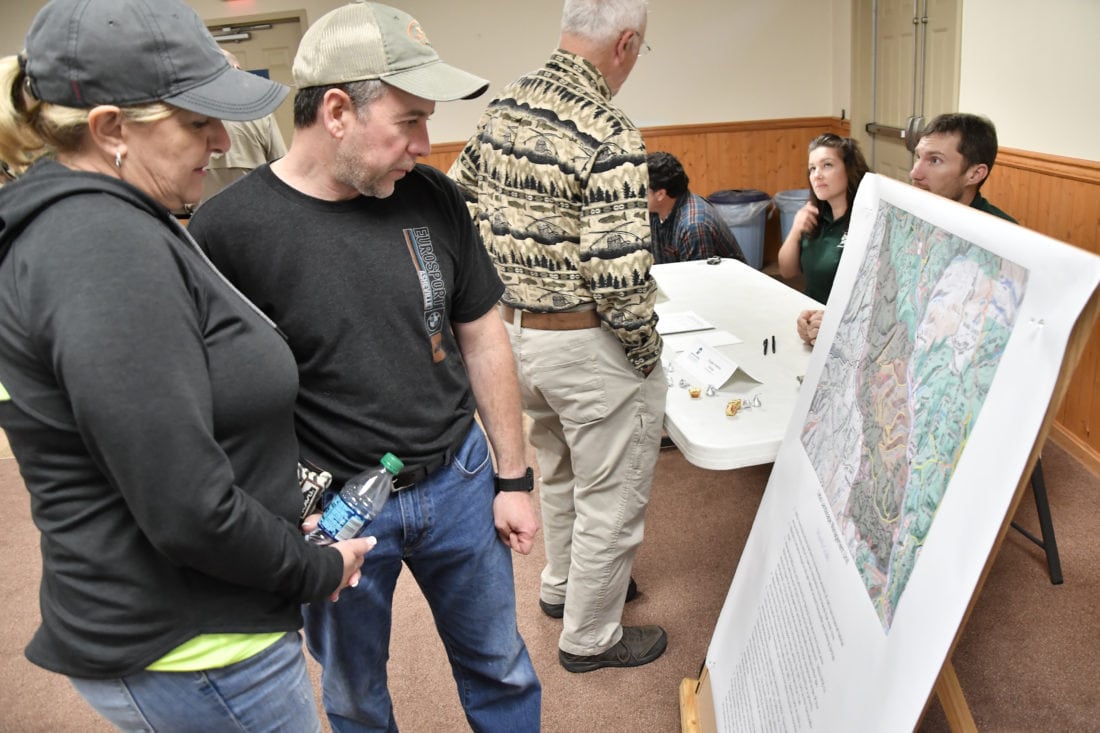 MARK NANCE/Sun-Gazette Denise and Derek Greenaway of Howard look at ta map of the Lebo area of the Tiadaghton State Forest during the Bureau of Forestry's public meeting at the Wheeland Center in Jersey Shore Wednesday.

JERSEY SHORE — Hiking and biking trails, water sports, woodlands, camp grounds and areas from which natural shale gas is extracted — all are a part of the diverse Tiadaghton State Forest, a vast area of 800,000 acres, that must be managed and maintained for future generations.

About 25 people attended a meeting Wednesday night of the state Bureau of Forestry at the Wheeland Center along Locust Street.

They came to hear an update on the process of revising the Tiadaghton State Forest Resource Management Plan, copies of which were provided to guests.

“I think it is well done,” said Paul Hoffmaster, a former McHenry Township supervisor and president of the Pine Creek Preservation Association.

The landscape management portion of the plan was given a stamp of approval from Hoffmaster.

“It breaks the forest down into manageable areas,” he said. “It’s such a diverse eco-system, it just makes sense.”

Among the vital needs for regeneration and sustaining the health of the forest is timber allocation, according to Thomas Casillo, district forester with the Tiadaghton State Forest.

Another decade of planned cutting of shelter woods for forest upkeep is planned by the bureau.

Damage caused by manmade and natural forest fires is a factor in the life of the forest.

This year, the Tiadaghton State Forest has seen 45 fires, Casillo said. The largest forest fire this year encompassed 16 acres of land, he said.

Three controlled burns, or fires purposefully set to help the regeneration of the forest and to remove competing vegetation.

One couple said they came to the presentation because they go into the forest to hike and kayak.

Another couple said they have a camp and were curious to hear the latest on the management plan.

Stacy Duffield, chief ranger with the state Department of Conservation and Natural Resources, was among those at several booths set up to answer questions.

The forest has 600 miles of hiking, bike trails and places for all-terrain vehicles, horseback riding and water sports. It also has areas for those in motorized vehicles to take scenic drives.

The value below the ground is part of the importance of natural resources because of the nation’s energy needs. Finding the balance of extracting fro Marcellus Shale while preserving what guests expect in the forest is part of the department and bureau’s roles since about 2008.

Three gas extraction companies continue to operate in the forest with 900 acres cleared for drilling.

The stakeholders are the users of the state forest system.

“We tell them how their forest is being managed,” he said. The revision process includes feedback from people as the draft version of the plan takes shape.

Comments continue to be accepted for another two months and can be sent via mail, email or an online survey. Questions can be directed to the office 570-753-5409.

Such management plans are prepared for the bureau’s 20 forest districts across the state, Casillo said.

The plans also help staff to prioritize for how each district’s state forest land is managed, he said. 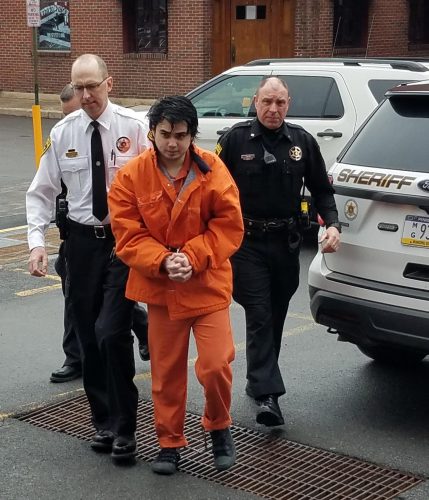 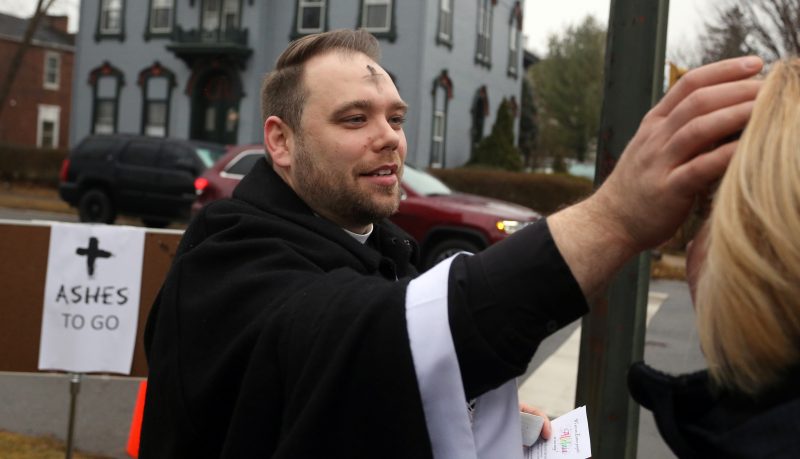