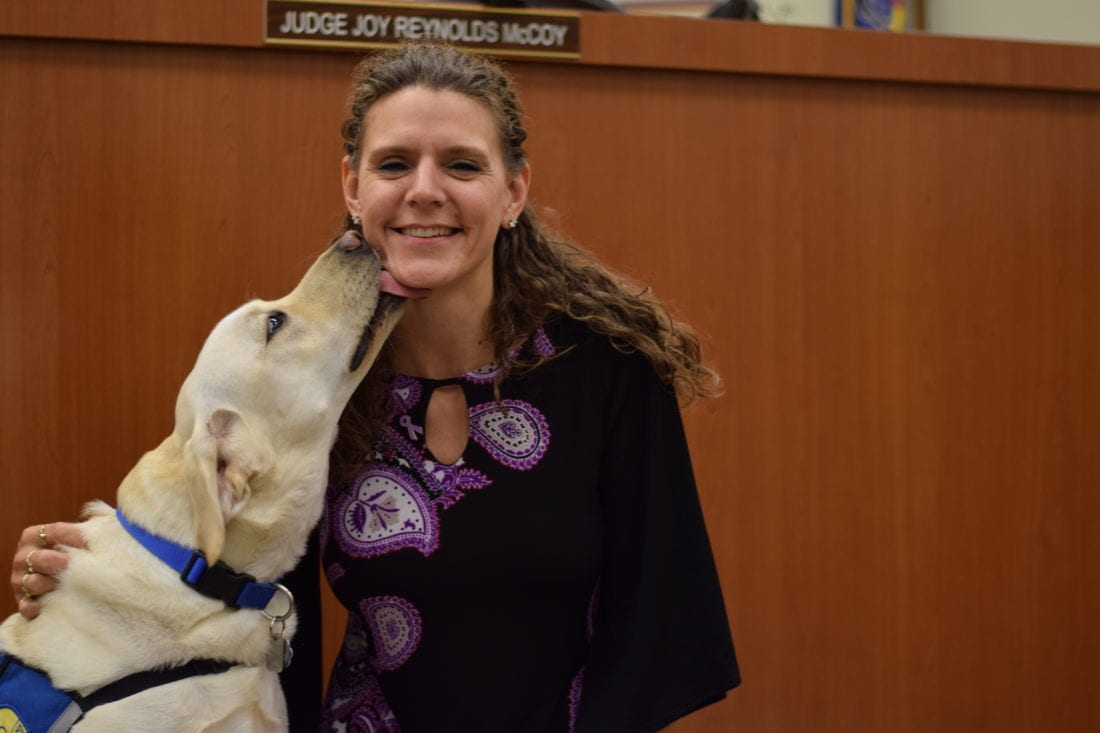 IOANNIS PASHAKIS/Sun-Gazette Jerri Rook and Lycoming County Court's facility dog Jedi will be attending DogFest in Philadelphia to help raise money for the non-profit that donated him to the courthouse.

Lycoming County Courthouse’s facility dog and his handler will be taking a trip to Philadelphia this week to raise money for the non-profit that donated him to the county.

with Canine Companions for Independence, a non-profit provider of trained assistance dogs and arrived back in the county with a trained facility dog named Jedi.

“We were able to stay right there on campus, which was probably one of the most amazing two weeks of my life,” Rook said. “It was nothing but dogs.”

Since then, Jedi has worked with children going through the Lycoming County court system with Children and Youth, as well as with juvenile delinquents and young victims of crimes. Jedi is trained to sit calmly in the court environment, letting kids play and pet with him as they speak to court officials.

“It mitigates their stress and anxiety,” Rook said. “It gives them something to think about other than the real reason they are here.”

Rook is raising money for the non-profit’s DogFest, in Philadelphia and is planning to raise $500 for the organization, which donates companions trained to perform certain skills and act as service, facility and PTSD dogs.

“It helps with the cost of breeding, raising and training and maintaining the dogs,” Rook said.

During the event, owners will walk their dogs on a one-mile walk through Silver Lake Nature Center in Bristol. The day will be full of dog-friendly events including bobbing for tennis balls or apples, a costume contest and a photo booth.

Canine Companions for Independence holds DogFests across the country and invites anyone interested to come to its local DogFest and join in the festivities.