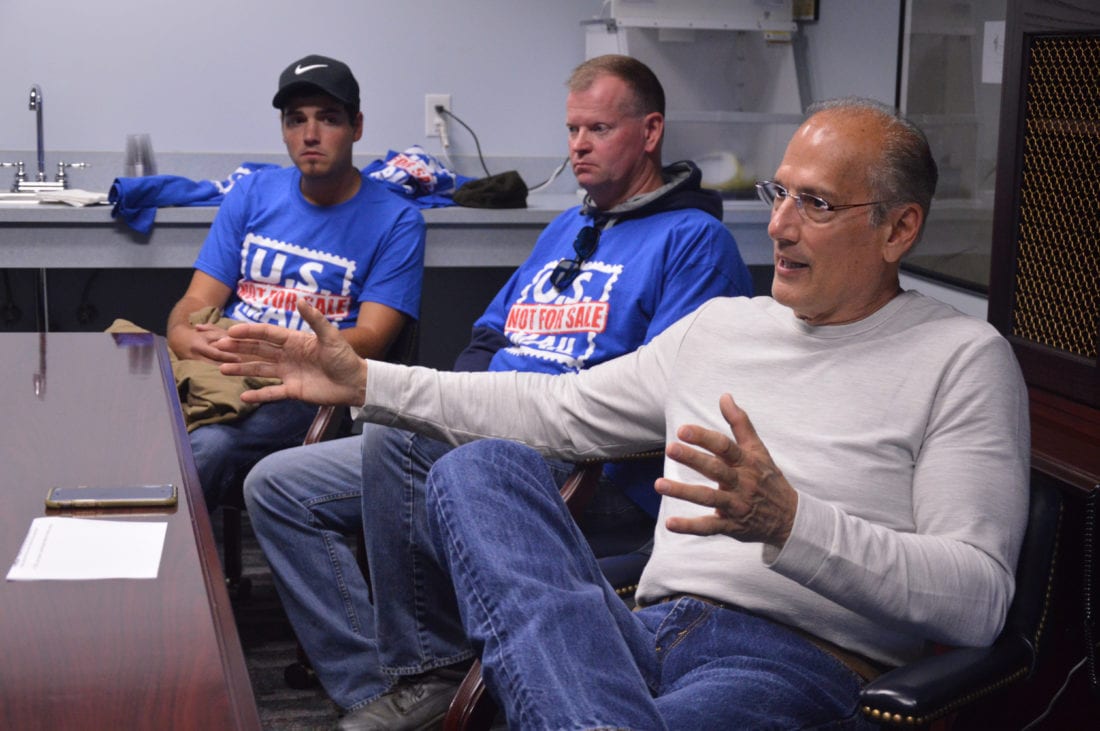 A handful of mail carriers, including retirees, appeared at the office of a local Congressman to show their support for keeping the U.S. Postal Service in government hands.

They are among numerous postal workers opposed to President Trump’s proposal to privatize the service.

The mail service, as it presently operates, is particularly important for rural America, including business located there, he said.

The Trump Administration earlier this year released a list of recommendations pitched as government efficiencies that included making reforms to the Postal Service before selling it off to private bidders.

With an employee base of more than 600,000 workers nationwide, the Postal Service has reportedly lost more than $1 billion over the past decade.

But it is different than other governmental agencies, according to opponents of privatization.

The Postal Service receives no federal appropriations or tax money, but instead operates off postage rates and products.

Marino acknowledged that government often does not operate as efficiently as private business, but he made it clear that the Postal Service is different.

The layers of bureaucracy that cripple many government agencies, he said, simply do not exist in the Postal Service.

Some argue that the Postal Service’s financial woes can be traced to a 2006 law requiring it to pre-fund 75 years of health insurance for future retirees.

Jared Bowes, president of the National Association of Letter Carriers, Branch 50, said the Postal Service is the only government agency required to do it.

“That is the biggest stranglehold we have — the pre-fund,” he said.

Marino noted he is among a number of House members — both Republican and Democrat — supporting legislation that seeks to keep the Postal Service under the federal government.

“This is not a Republican or Democratic issue,” Paul Nyman, of Loyalsock Township, a member of the National Association of Letter Carriers.

Marc Friedenberg, a Democrat running to unseat Marino in Congress in November, said he too is opposed to privatization.

“I think the postal service does an incredible job for us,” he said. “Trying to privatize it is going to take away one of the last great shared public institutions we have.”