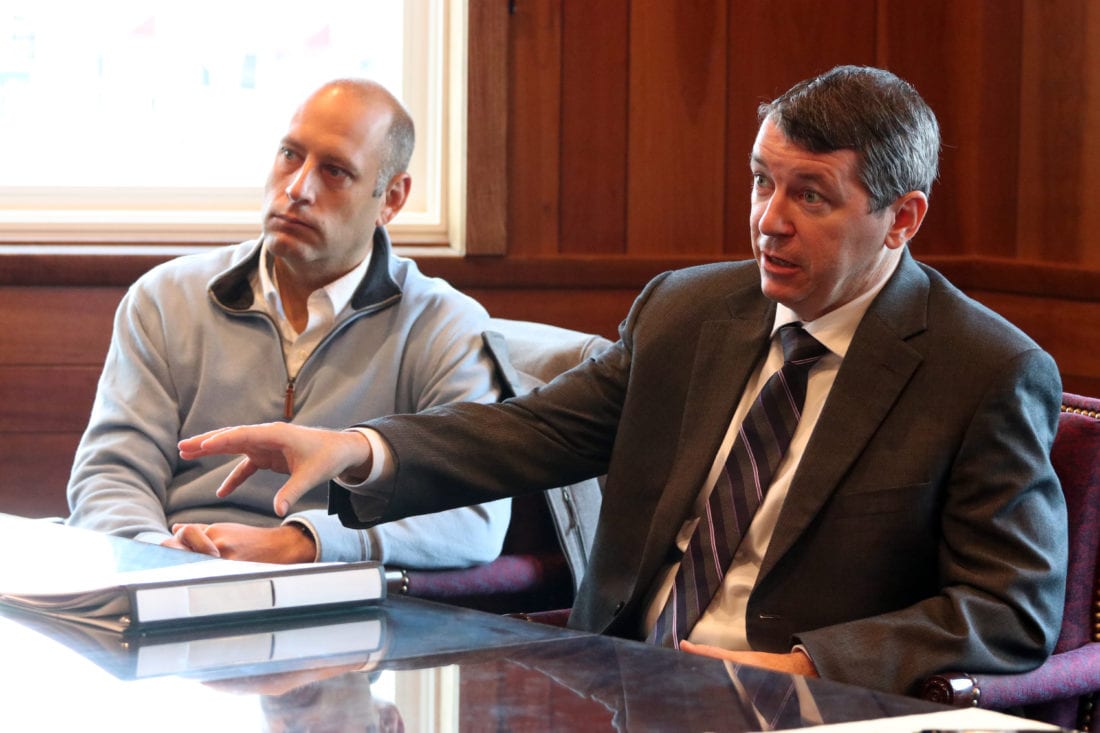 The head of the state Department of Environmental Protection said the agency is moving ahead with its job of ensuring compliance as well as embracing new polices for ensuring quality air, water and other standards.

DEP Secretary Patrick McDonnell was in Williamsport Wednesday as part of a statewide tour to reach out to the public and discuss issues regarding his agency.

The agency is on board with various issues impacting residents across the state, including global warming, oil and gas drilling, and drinking water, he said.

McDonnell noted that global warming continues to be of utmost concern.

To address the problem, he noted the agency’s climate action plan that introduces new strategies.

He said attitudes are evolving with respect to the environment, with more people becoming cognizant of the changing climactic conditions.

Severe storms and flooding of recent years have prompted people and communities to call for action.

Although natural gas drilling has waned from earlier in the decade, DEP continues to monitor the activity.

The agency employs 190 people for inspection and related monitoring work for drilling sites — down from 226 during the peak years.

Companies continue to be subject to fines related to environmental violations.

While the public in many cases may not perceive the fines as particularly punitive in nature, companies are required in many cases to remediate the problems, which can often be costly, McDonnell noted.

DEP continues to play a big part in the Chesapeake Bay cleanup.

“We are engaging in multi-level planning,” he said.

Many of the state’s communities along or near the Susquehanna River are involved in activities that contribute to the overall health of the Chesapeake Bay, from runoff of streams and stormwater to agricultural activities.

McDonnell said he perceives some of the rollbacks on air and water quality from the Trump Administration as “problematic.”

The good news is that many of them remain in the proposal stage.

He was quick to note that the agency has a good relationship with the federal Environmental Protection Agency, particularly in the Region 3 office out of Williamsport.

Overall, McDonnell said his agency can always improve through adaptation of more efficient measures, including those that can lead to more time for training and outreach to the public.